The National Library of Israel has just released 100 images about Operation Horev.

Two images show a jeep that holds a sort of cable attached to a balloon or something, or maybe it is just a very straight fixed antenna?

What is this long cable and what is its purpose? 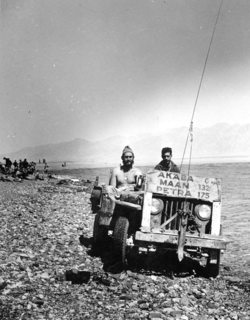 Another view of a possibly different car: https://commons.wikimedia.org/wiki/File:The_National_Library_of_Israel,_Nadav_Man_-_Bitmuna_Collection,_Operation_Horev_Golany-002.jpg

As jwenting and Voitcus have suggested in the comments, this cable is not attached to the jeep, so the other picture of the jeep you referred to is not relevant.

See below, a magnified and enhanced image of the critical section of this photo, which appears to show clearly that the cable in question runs behind the shoulder of the soldier on the left side of the jeep. Based on the cable's trajectory in the picture, juxtaposed with the position of the jeep, its point of fixture appears of necessity to be in the ground behind the jeep, near its left hand rear side. 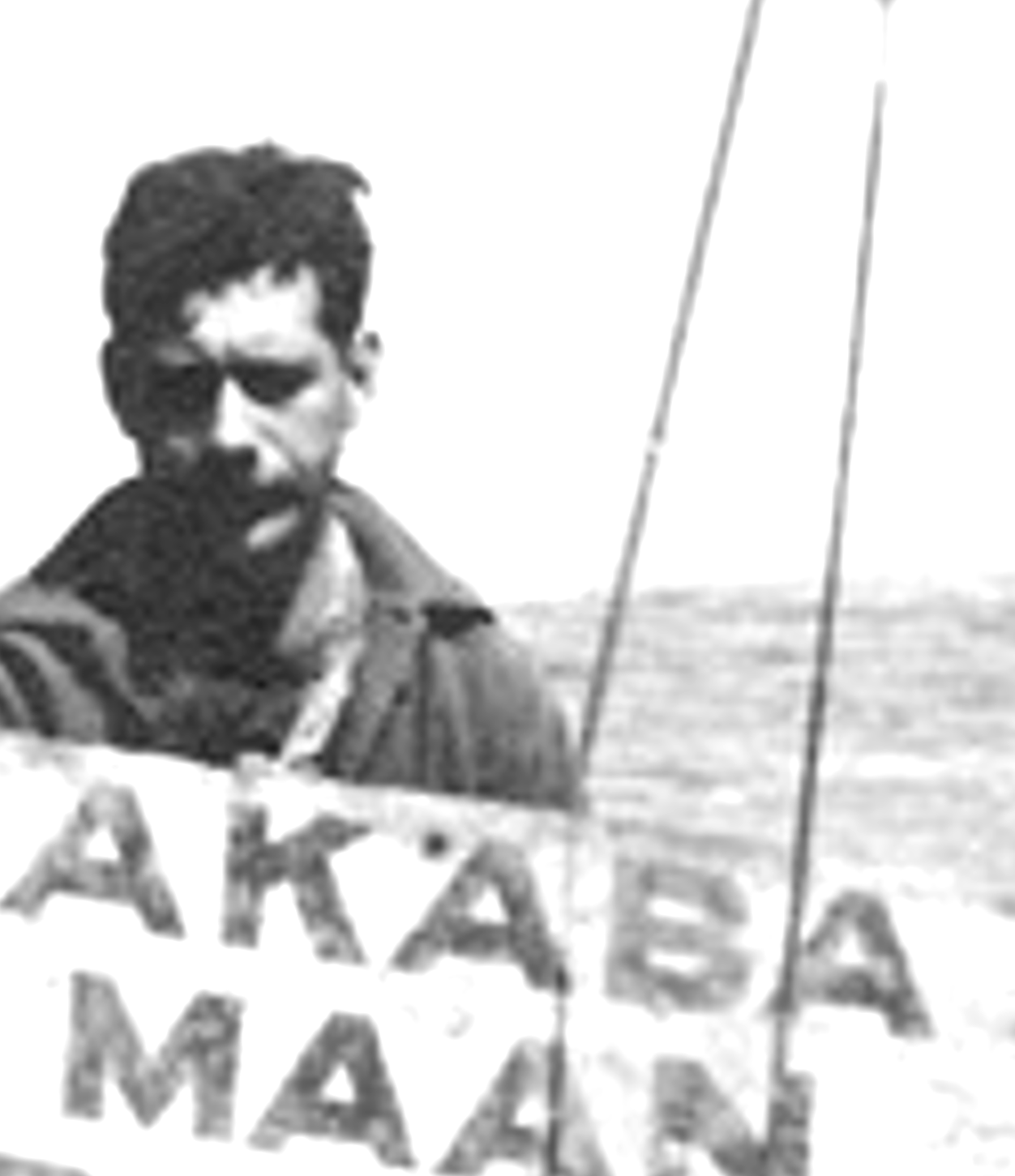 In addition, the cable in question, although very long, is apparently quite taut, showing no sagging or bending - indicating that is it is secured somewhere further up towards the upper right, outside the scope of the picture. If it was a long, extended whip antenna,for a radio possibly mounted on the far left rear of the jeep, it would be mounted vertically and be shorter, as in the other picture (that orientation aids propagation of the RF) And, it would usually sag and droop when extended to such a length and angle.

Also, it has neither the correct angle nor the correct structure for a ground mounted antenna, which would be vertical, not angled, and normally thicker. The other candidate would be a wire antenna used for a dipole antenna, but they are generally strung horizontally and held by non conductive vertical supports.

Since that cable is fixed, fairly thick and taut, the most likely candidate is that's it's a guy-wire supporting an antenna or observation tower of some sort. I don't know how thick a cable to hold a balloon needs to be, but I did some research and didn't find anywhere that balloons were used in Operation Horev.

See All about Vertical Antennas, one of numerous sources: Wire and vertical antennas are very popular with amateur radio operators and the HF frequencies used by hams were the most commonly used then for military operations, (as they were in WW2) before modern technology allowed military operations to switch to VHF and UHF, which can do with much more compact, portable and easier to manage hardware. See Radio-Communications Theory:

High-frequency (HF) communication was first made practical in the 1920's when the first actual radio system was installed in Europe. The desire to go to higher frequencies was caused by the need for longer range, higher capacity circuits. Until HF came about, transatlantic communication was by cable or mail. World War II had a profound impact on the use of the radio-frequency spectrum. Military leaders realized higher capacity communications were needed. Naturally, the solution was to go to even higher frequency bands. During the early part of the war, a system called radar was developed. The development of components and equipment to operate at the higher radar frequencies led to the development of higher frequency radio systems.

Here is picture of an HF vertical "antenna farm": Note structure of the antennas and the supporting guy wires. 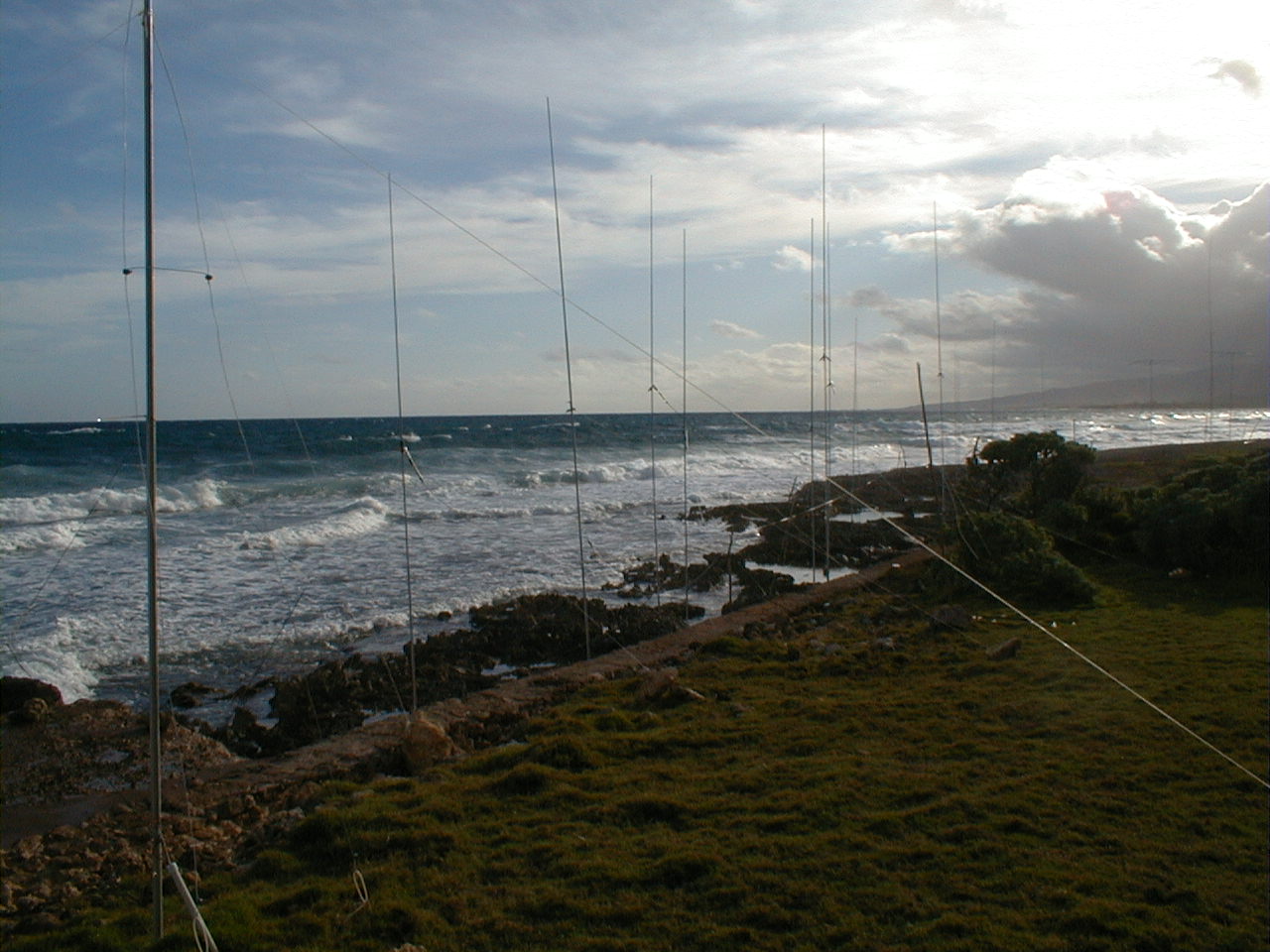 Contrast with a simple HF dipole - note the horizontal orientation and plastic insulator: 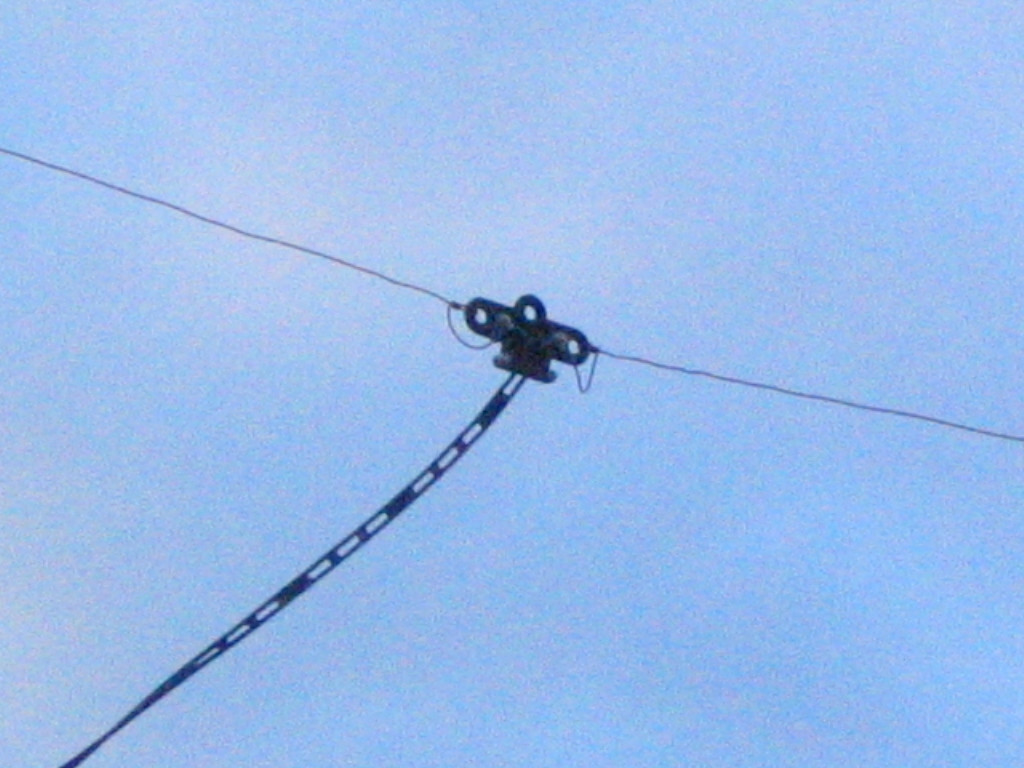 Problems with this analysis:

I just went through information regarding war jeeps which will have radio communication equipment. I found some interesting points which might help.

I found several photos from Operation Horev where we can see this long antenna but not a clear image as they are small and blurred. But I think I am not wrong with the information which I have given ! (One more thing is, there are some war jeeps having flags tied to this kind of long cable.)

Operation Horev is the documentary of the war which might give some clue to this mystery.

This collection of images from The National Library shows many such vehicles with antenna.

Not the answer you're looking for? Browse other questions tagged military israel or ask your own question.

10
What is this strange uniform?
24
Did military operation names ever have any meaning?
4
How were snipers used on the western front during WW2?
6
Why was Operation Felix cancelled?
6
Help identifying a strange uniform jacket