What was the first battle in history fought by vast-majority-% "distance-shooting" non-mechanized force?

In round figures, the French lost about 2,000 crossbowmen, 2,000 knights, and 2,000 infantry, most at least initially wounded by long bow fire. The English lost perhaps 600, mostly to crossbow fire, with a few being killed by French knights.

One of the first and most obvious examples to me would be the Achaemenid Persian empire, their whole army composition was based on archery. They did use light spearmen, and the famous Anusya, but the first would only play a secondary role in the battle while the second was while an elite infantry unit also extremely skilled at archery. I can't seem to find an actual battle which is a good example. I found some information of Europa Barbarorum, a mod made by history enthusiasts. 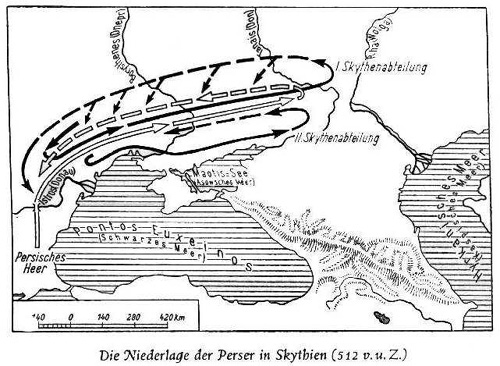 7
How did Hussars change from heavy cavalry into light cavalry?

21
What was the first successful mass tank battle of WW1?
1
Did it make sense to bring along infantry to reinforce attacking cavalry before the introduction of firearms?
15
What is known about how many Ulfberht swords exist?
11
Has there been an occasion where ranged weapons were available but not used?
4
What was the composition of Medieval European armies?
30
Did the Persian Immortals instill fear in their Greek adversaries?
17
Why didn't the steppe bow spread further?
3
With no heavy infantry, how could melee units be effective, facing competition from ranged units?
23
Who was the last European king to actively engage in combat?