Why was the Ottoman empire not seen as an Arabic empire?

Here is the maximum extent of the Ottoman Empire (circa 1590): 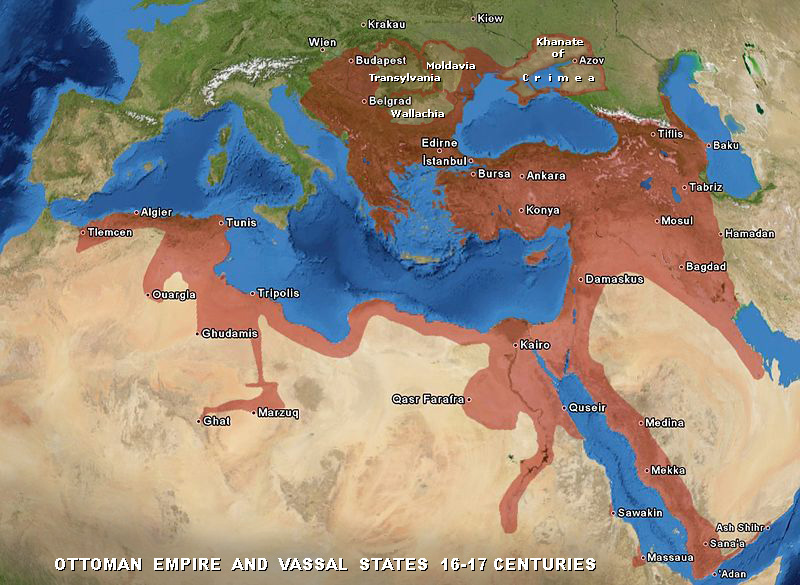 Here is the propagation of Arabic culture, prior to the modern era:

As you can see there is quite an overlap.

So why was the Ottoman empire not seen as an Arabic empire?

The leading people of the Ottoman empire were not Arabs, but from Turkish tribes. They speak a variety of the Turkish languages (Ottoman Turkish). Turkish is its own language family, Arabic belongs to the Afro-Asiatic/Semitic language family.

Big areas of the empire were Arab, but there where also big non-Arab areas and peoples (Greece, Albania, the former Yugoslavia, Hungary, parts of the Ukraine...)

You say it was sharing the same religion, culture and language; that's not correct. The Ottoman empire was an empire with many peoples and religions. See for example the 1906 Ottoman census

The Ottoman Empire was governed and administered by Turkish speaking peoples who originated from Central Asia, specifically, the region of Turkestan, which is located in the Chinese frontier near Uzbekistan. Ottoman Turks were and are Islamic in their religious identity, though they were and are not ethnically or linguistically Semitic. The Ottoman Empire conquered many Arab Muslim lands and peoples, though one must also remember that they conquered many non-Arab, Christian lands in Western Asia and the Balkans/Southeast Europe.

The Arabs were and are, a Semitic peoples, who descend from the line of Ibrahim/Abraham whereas the Ottoman Turks had no ancestral connection to the Semitic peoples of the Middle East.

Share
Improve this answer
answered Apr 26, 2021 at 22:01
user49540user49540
2
Add a comment  |
Highly active question. Earn 10 reputation (not counting the association bonus) in order to answer this question. The reputation requirement helps protect this question from spam and non-answer activity.

Not the answer you're looking for? Browse other questions tagged ottoman-empire arab or ask your own question.

15
Why did the Ottomans not change their capital to an Arab city?

5
Was drinking coffee with milk illegal under the Ottoman Empire?
12
Did the Ottoman government rationalize the Armenian Genocide and other instances of ethnic cleansing as a response to Russian expansion?
2
Why was there such tension between the Ottoman Empire and Russia during the Armenian genocide?
21
Why is it called the "Ottoman" Empire in English language?
8
Why were there "Tributary States" to the Ottoman Empire?
13
Why do some 17th and 18th century maps depict Ottoman sanjaks north of the Danube in Wallachia?