Why do soldiers keep their right hand inside the uniform blouse?

I don't know if generalising this kind of military culture, if there is one, to other countries is true but what I want to know is that why soldiers keep their right hand inside. 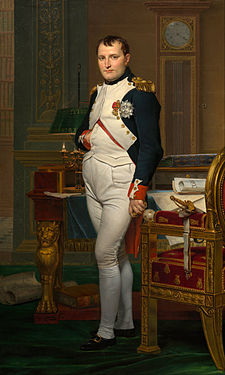 That painting is of Napoleon Bonaparte. He is portrayed with a hand-in-waistcoat gesture, common to the portraits of men from the 18th and 19th centuries. That is pretty much the only reason that can be validified. There are many other theories for why Napoleon often hid his hand (including stomach pain, irritated skin, and more), but the only reason that seems to be true is that it was a common pose of the time.

The gesture is usually associated with Napoleon, as seen in these two other paintings of him. However, per the Wikipedia article,

The pose originates from classical times — Aeschines, founder of a rhetoric school, suggested that speaking with an arm outside one's toga was rude. 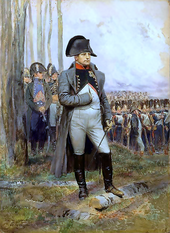 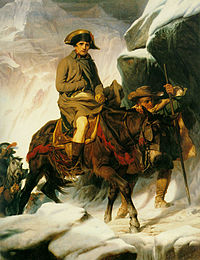 Not the answer you're looking for? Browse other questions tagged cultural-history napoleon or ask your own question.

17
Why do Spaniards have their lunch and dinner so late?
5
Napoleon's role in serfdom abolition
31
Why does Romanian culture have Latin influences?
3
Term for one culture having a large influence over surrounding cultures?
2
A magic system at least partially based on the real-world cultural history of magic?
1
Are there any historical examples of (non government-approved) fake news having a strong effect?
3
Have any large scale cultural or ideological shifts ever been successfully reversed by those who opposed it?