I'm looking for information about the Barysaw Massacre of 20 October 1941. Who performed it and who was in charge of this operation?

On October, 20-21 1941, the German occupation authority of Borisov (headed by Stanislav Stankevich with the participation of Obersturmführer Kraffe) performed liquidation of the Jewish ghetto. At the day were killed 7 245 Jews. The upcoming action was announced on a banquet by the city administration.

The performers were mostly Russian auxiliary police headed by a Volga German David Egof. Other involved forces were the units of Wehrmacht as well as a Latvian SD company under command of Obersturmführer Kraffe who arrived from Minsk for the event.

According the Egof's words, the next day they also killed about 1000 people in the course of cleaning up the ghetto's territory.

In 1943 Germans ordered Russian POWs to open the ditch and burn the bodies of the victims so to cover up the massacre. All the POWs who participated were executed afterwards.

Before the war Egof was a teacher of German language near Borisov, who was elevated by the German administration due to his German ancestry. He was tried in 1947 and got 25 years in prison, because death penalty was abolished in the USSR at the time. After he served the term he was released. 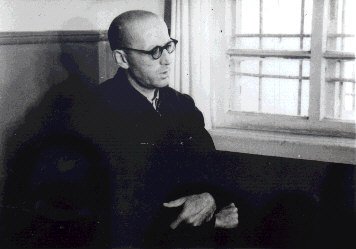 Before the occupation started Jews constituted 20% of the city's population, that is 10000 people of 49000 total.

4
Who was Charles Kingston O'Mahony?
7
Where can I find more information on the Katyn massacre?
12
What was the fate of Latvian Jewish population sent to gulags in June 1941?
6
What was the lowest available population to the Soviet Union in WW2?
21
What was the liquor that was based on petrol which was produced in the USSR during the Second World War?
20
Why did the Germans forbid the possession of pet pigeons in Rostov-on-Don in 1941?
23
Who was the most successful German spy against Great Britain in WWII, from the contemporary German perspective?
5
What was the strategic importance of Moscow to the Soviet Union in Dec 1941?
4
Was the 1939 Red Army more disciplined / better behaved than the 1943-1945 Red Army?