Does the number of legs in the air of a horse statue indicate how its rider died? [closed]

I have heard that the number of legs a horse has in the air in a statue indicates how the rider died. According to what I have understood:

Is there any truth in this, or was it a tradition at any point or place?

TL;DR: No such code, but most equestrian statues at Gettysburg happen to match it by chance.

The hoof code mostly holds true in terms of Gettysburg equestrian statues, but there is at least one exception. James Longstreet wasn't wounded in this battle yet his horse has one foot raised.

The article has a pretty good list of statues that do and don't match the "tradition".

Short version of the article -

Peter the Great died due to disease. 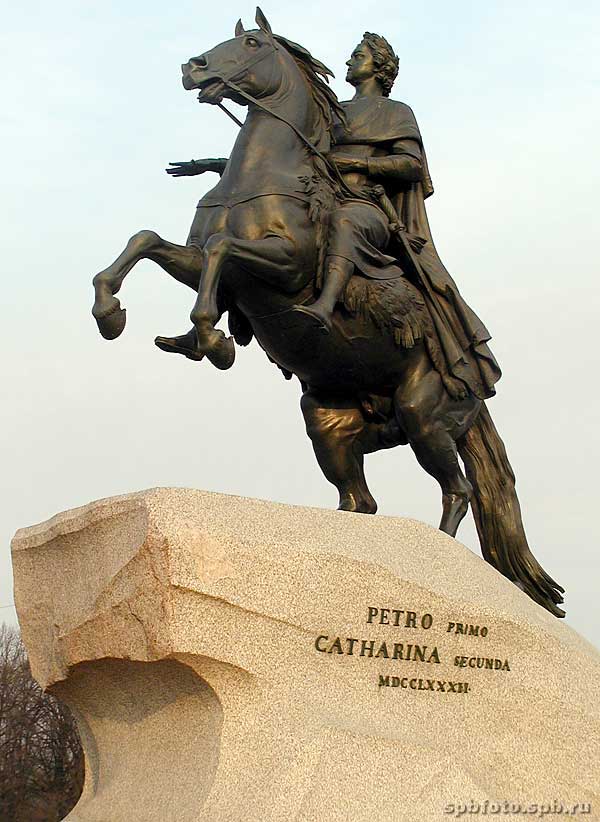 Is there any truth in this, or was it a tradition at any point or place?

It is an urban myth. Although I would have liked it to be true. It was discussed on the quiz show QI and on snopes.

I believe it to be fact, rather than fiction/myth. In the cases where the legs raised or not, does not correlate with the subject depicted, I believe it to be the artist's portrayal being devoid of said guidelines. There are many equestrian statues worldwide, and some countries are stricter and abide by this more so than others. I hate to break the news to you all, but Gettysburg is not the center of the universe! We cannot come to a conclusion on such broad a spectrum when we don't have all the facts. Also, no matter how much research you do on the internet, there are so many countries out there that censor most, if not all the information that is shared about them on the internet, that it is impossible to come up with a solid answer on many things. I was born in one of these non-democratic countries, and as a child, was taught about the meaning of the equestrian statue meaning, and every statue I saw, was true to its meaning. I moved to another country in my younger years, and again, was shown other examples of this, again, true to its meaning, and finally, moved to the states, where everyone colors outside the lines, and then criticize and discredit everything for being different than what it should be. Don't get me wrong, I love living in the US of A! I love being able to be free, and am grateful to have gotten the opportunity to be part of this beautiful country. I also know that because I have lived in other countries were freedom is not an option, I can appreciate this freedom more so than a person who was born here and takes it for granted. The point I am trying to make is.... Don't discredit this as a myth if you don't have all the facts, and don't think you have all the facts just because you found a website that supports your misguided belief.

Not the answer you're looking for? Browse other questions tagged military death or ask your own question.

8
U.S. Marine Corps and Why does the Navy’s army need its own air force?
4
Why does the UK buy some of its major military hardware from the USA while France is self-reliant?
26
What is the earliest known account of the modern military salute?
30
Was the Italian campaign a strategic mistake?
35
How did gold come to symbolize lower ranks than silver in the United States Air Force?
1
How many civilians of Roman empire (except jews) died in the Bar Kokhba revolt?
4
Were the pre-WW1 alliances really created to prevent war?
26
Battle of Norfolk (1991 Gulf War): How could the losses be so lopsided?
28
Did the Persian Immortals instill fear in their Greek adversaries?
0
Did America help the Chinese nationalists to repel the communist advance?