When did private fighting become a capital offense in Japan?

In "Might Makes Right: Just war and just warfare in early medieval Japan", Karl Friday mentions that bushi (warriors) who violated decrees banning fighting were exiled or imprisoned under pre-Edo shogunates. I was surprised to see that Tokugawa shoguns chose execution.

Did this abruptly change with the rise of Tokugawa power or are there pre Tokugawa precedents for execution as the punishment for those participating in public/private violence?

(Friday's writing can be found in the anthology The Ethics of War in Asian Civilizations, ed. Torkel Brekke. The cited section appears on page 174.)

You are referring to the medieval Japanese legal doctrine of kenka ryō sebai (喧嘩両成敗), literally, in quarrels, punish both sides. The prescribed punishment varied, but use of the death penalty indeed predates the Tokugawa rise to power after 1600.

The earliest example is a law promulgated in April 1445 that mandated beheading.

Starting around the same time, Japan descended into the Sengoku Era, when local officials became conquering warlords. By the early 16th century, the strongest daimyō began to consolidate their domains and issue their own laws, known as bun koku hō (分国法).

One of the earliest and most famous example is the Imagawa kana mokuroku (今川仮名目録), a.k.a. Imagawa House Code. It was issued by Imagawa Ujichika in April 1526. 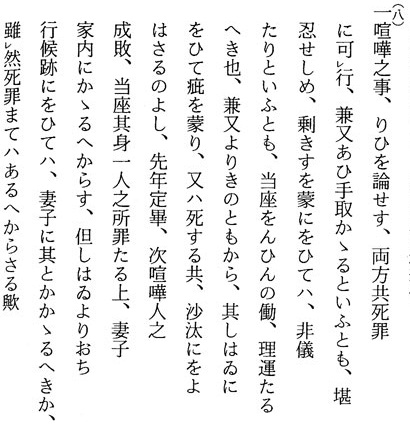 Participation in "fighting" was thus declared a capital offence within Imagawa domains (though the code spared the perpetrators' families and made provisions to exempt minors). Similarly harsh laws became popular in the turbulent Sengoku period, with several other examples including the 1556 Yūki and 1597 Chōsokabe house codes.

All of these examples predate the founding of the Tokugawa Shogunate. 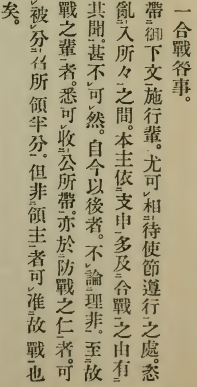 Not the answer you're looking for? Browse other questions tagged japan law political-history medieval-japan or ask your own question.

12
Why did Hideyoshi invade Korea?
6
How common were duels in Tokugawa Japan?

8
When did wheel-mounted water-carrying fire-fighting machines first appear in Japan?
11
When did hanging emerge as a form of capital punishment?
1
When were capital punishments suspended during the Rashidun caliphate?
1
When did divorce become legal in California?
8
Why did animation become so huge in Japan compared to other countries?
19
When did one-way mirrors become widely used by police?