Do we have any records about what Nazi Germany planned to do if the Soviet Union had surrendered? I can't imagine they wanted to swallow that entire country whole, all the way to the Pacific. They'd have no troops left for fighting the war in the West and South!

Therefore, I assume they would have followed the pattern they set in France, taking some territory themselves and setting up a Vichy-equivalent for the rest.

Is that assumption supported by German documents available at the time? If so, do we have any idea what the bounds/specifics of the puppet state would have been? And if not, are there any indications of what Hitler's plan was for Russia after she surrendered?

The basic idea was that Russia was going to be removed from the map, much as Poland had been in the 1790's

In 1942 Germany had already annexed the balance of Polish territory into Germany proper. To the east, the conquered territories were being organized into 4 separate areas: Ostland, Ukraine, Caucuses, and Moscow. 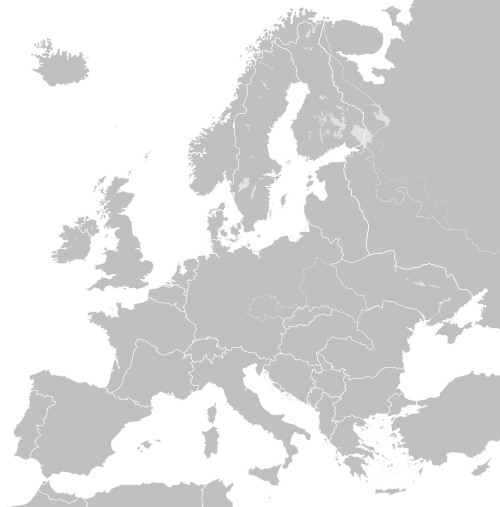 Ostland included the former Baltic states and Belorussia. The long term plan there was to exterminate the Jews and other undesirables, encourage German emigration, and eventually assimilate the region into Germany proper.

Ukraine was to get a similar treatment, except it was going to stay a separate territory. Being the "breadbasket" of Russia, immigration of German farmers was to be specially encouraged.

Going east from those territories to the Urals was to be the territory of Moscovy. Germans would emigrate here as well, the existing slavs being either pushed over the Urals or killed. As for Moscow itself...

Hitler determined that Moscow, like Leningrad and Kiev, would be leveled and its 4 million inhabitants killed to destroy it as a potential center of Bolshevist resistance. For this purpose Moscow was to be covered by a large artificial lake which would permanently submerge it,1 by opening the sluices of the Moscow-Volga Canal.

The Caucuses were to be treated mostly as an imperial possession. Their resources would be at the disposal of the German Empire, and the territory itself in Hitler's estimation would have to be ruled with an iron hand, due to its history of ethnic bickering.

Where does that leave the Russians? I don't think Hitler particularly cared, but by negation it appears the survivors were to be left to Russian Sibera.

The claimed Archangel-Astrakhan line was not a plan, it was a wish list. It was predicated on the assumptions that once any serious bulk of European Russia and Ukraine was occupied:

The failure of the Nazis to even attempt to ensure these assumptions speaks to the lack of seriousness in so-called planning.

They made no serious attempt to bomb Soviet rail lines beyond the front to prevent the factory relocation to the Urals. They didn't even seem to be aware it was going on, and that the Soviets clearly intended to continue the war from there even if Leningrad, Moscow and Stalingrad were lost.

The Germans made no attempt to calm and recruit the civilian population, in order to justify the assumption of minimal garrison. In fact their well-known attempts to terrorize and enslave the Slavic peoples had the opposite effect: inciting wide-scale partisan activity and industrial sabotage. From sand in the engine blocks to dip-sticks notched too low, the enslaved peoples of Europe were amazingly successful in undermining the German war machine because the Germans seemed almost wilfully oblivious to it.

My grandfather swapped out half a boxcar of sugar in Rotterdam and replaced it with cement powder hours before it departed for Eastern Front chefs. He was no hero; like so many others, he just waited and watched until he had an opportunity to do his tiny bit.

Ever wonder why the renowned German engineers couldn't make a reliable Panther tank? They were all assembled by unwilling slaves.

The war aims (and implied post war plan) for Germany in the Soviet Union was based on the so-called Archangel-Astrakhan, or AA Line.

Germany wanted the most desirable, industrialized parts of the Soviet Union west of this line, representing over 80% of the country's original population and industrial capacity. Hitler was satisfied to "allow" (relocate) the Soviets a country east of that line.

That would have been a Vichy-like settlement, with the Soviets being more remote, and hence having more autonomy, than the Vichy government, but probably forbidden to do some things like make alliances with other countries.

12
What was Nazi Germany's end goal?
4
How much in total did Nazi Germany spend on their war machine
2
At Pearl Harbor was a Japanese Third Wave of attack in the original plan or was Nagumo expected to improvise?
23
Why did the USSR stop in the Winter War against Finland in 1940?
5
What was the strategic importance of Moscow to the Soviet Union in Dec 1941?
30
What was Japan's grand strategy in WW2?
17
What do we know about Hitler/OKW's plans concerning USSR if Molotov/Ribbentropp Pact hadn't happened?