What sort of architecture existed in Catholic Eastern Europe around the late 1100's and very early 1200's?

What I'm really interested in most is building materials, but I'm pretty open to answers. Essentially, it sounds like the late 1100's in Eastern Europe were still pretty solidly Romanesque, with Gothic architecture originating in France and still not having become vogue in Eastern Europe.

What are the sorts of ways that people would build castles at this time, and how large did they tend to be? Did they tend to also build stone walls enclosing towns, or leave them open? What would a basic living space look like?

Eastern Europe is a very large area, including Czekhia, Poland, Hungary, East Prussia on one side and Russian principalities on the other side. Architecture was very different.

In the East (the Orthodox Russian principalities) most of the buildings were made of wood and I suppose nothing survived. The only exception is churches some of which were built of "white stone". The most famous example is the Church of the Intercesson on the Nerl 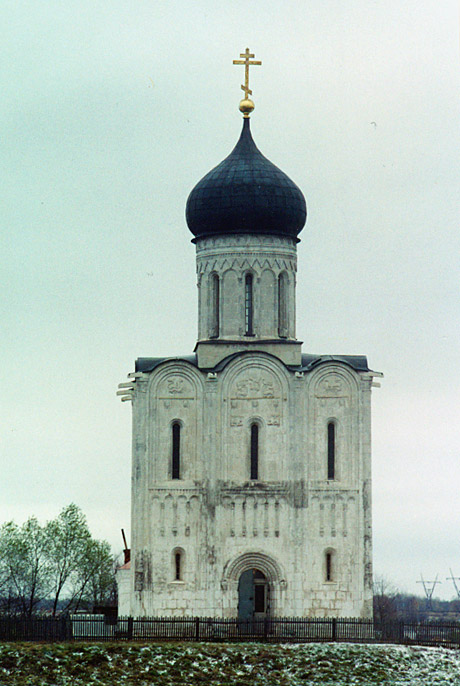 This church is exceptional because it is preserved in its original shape. It was built in 1158, near Bogolubovo. Bogolubovo was the residence of Andrei Bogolubski, one of the most powerful princes of Eastern part of Russia. Stone architecture was brought to Russia from the Eastern Roman Empire, together with Christianity. As you see, the architecture is very different from the Western part of Eastern Europe (Poland, Hungary). More examples of this period from Russia are found here.

The dividing line between the two parts of eastern Europe essentially coincides with the religeous dividing line, and roughly coincides with the modern boundary of the European Union. To the east of the boundary you find no fortresses (fortified cities existed but were built of wood). So the only surviving buildings from that epoch are churches. For the Western part of Eastern Europe, you can see many buildings on Wikipedia, for example here

Not the answer you're looking for? Browse other questions tagged middle-ages europe architecture or ask your own question.

8
How would Eastern European emigres have traveled across Eastern Europe to Warsaw in the early 20thC?
7
Linen doublets around 1380-1410, middle and eastern Europe
8
Eastern and Southern Europe in the medieval time period?
3
What was the relationship between the Catholic Church and the Carolingian emperors?
9
What did they call Gothic and Baroque architecture before the modern terms came into use?
3
The name of a symbolic group of historical christian figures that appear on cathedrals and other imagery around Europe
4
What is the strongest alcoholic drink that existed during the Middle Ages in Europe?
1
What is the name for the very first Polish state likely established around 966 by Mieszko I through baptism of Poland?