Who was the shepherd that discovered the Gobekli Tepe? [closed]

I did some google searches with "shepherd" + "gobekli tepe" and didn't manage to know the name yet?

So does the shepard have a name or other identifier? What group/tribe did he belong to?

Wikipedia does not mention the shepherd:

"In 1994, Klaus Schmidt, now of the German Archaeological Institute, who had previously been working at Nevalı Çori, was looking for another site to dig, leading a team of his own. He reviewed the archaeological literature on the surrounding area, found the Chicago researchers’ brief description of Göbekli Tepe, and decided to give it another look. With his knowledge of comparable objects at Nevalı Çori, he recognized the possibility that the rocks and slabs were parts of T-shaped pillars." Wikipedia

A page from www.ancient-code.com shows up in a Google search for "Gobekli Tepe shepherd", but won't display for me (at least not right now). However it states in the search blurb:

It was an old Kurdish shepherd named Savak Yildiz who discovered Göbekli Tepe in October 1994 when, spotting something, he brushed away the dust to expose a large oblong-shaped stone.

Update:
Remembered how to invoke the cached page.

Here's a picture of Savak Yildiz from Mail Online. 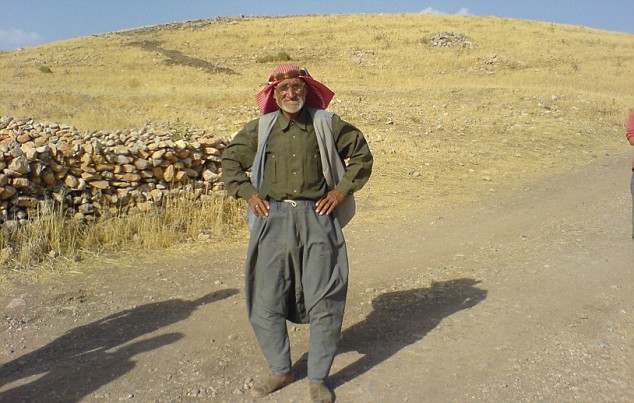 1
About the use of the arrow shaped tool in archaological digs
6
How do archaeologists prove that two settlements belonged to the same civilization?
2
If archaeology shows that people abandoned the ancient Trojan region around the 6th century BC, why do we have so few written evidences of that?
2
Who built this monument in Hatra?
1
Why is the writing on the Vindolanda plates changing when exposed to air?
2
The history of toys: Who invented the first porcelain dolls?
1
What's the significance of “Sprinkler” (bottle)
15
How do we know that prehistoric hunter-gatherer societies were egalitarian?