What was Asir's role in the Arab Revolt?

The Arab Revolt against the Ottomans is portrayed as being primarily a Hejazi phenomenon but I have read (briefly) that Asir (now part of Saudi Arabia), a territory between Hejaz and Yemen revolted first and the Sherif of Mecca actually fought against them on behalf of the Ottomans. Asir actually survived until ~1932 before being conquered by Ibn Saud.

Any experts know why Asir revolted, what did it do during the revolt, and what were its relations with Hejaz during the more famous part of the revolt?

Asir revolts against Ottoman rule started in 1904 and continued during the 1916-18 Arab Revolt. The revolts were (initially, at least) primarily about gaining self-government, being rid of Ottoman taxation and corruption, as well as religious reform and territorial expansion at the expense of Yemen (which had been rebelling against the Ottomans since the end of the 1890s - yes, it's complicated).

The revolt referred to in the question involving the Sharif of Mecca is most likely the major one which took place in 1910-11 (with Italian support), but there were others. Sayyid Muhammad al-Idrisi of Asir also signed treaties with Britain in 1915 and 1917, with the former leading to the seizure from the Otttomans of the Farasan Islands.

Asir relations with Hejaz and the Sharif of Mecca during the Arab Revolt (1916-18) were strained (at best), with the latter protesting at British support for the Idrisi of Asir.

A key figure in the opposition to Ottoman rule was Sayyid Muhammad ibn Ali al-Idrisi. John Baldry, in Anglo-Italian Rivalry in Yemen and ʿAsīr 1900-1934 notes that:

From 1904 Sayyid Muhammad al-Idrisi was in a state of continual warfare against the Turks and by the time the First World War broke out he controlled most of the eastern Red Sea coast from a point just south of al-Qunfidah to the vicinity of Jizan in addition to large tracts of the 'Asir highlands. 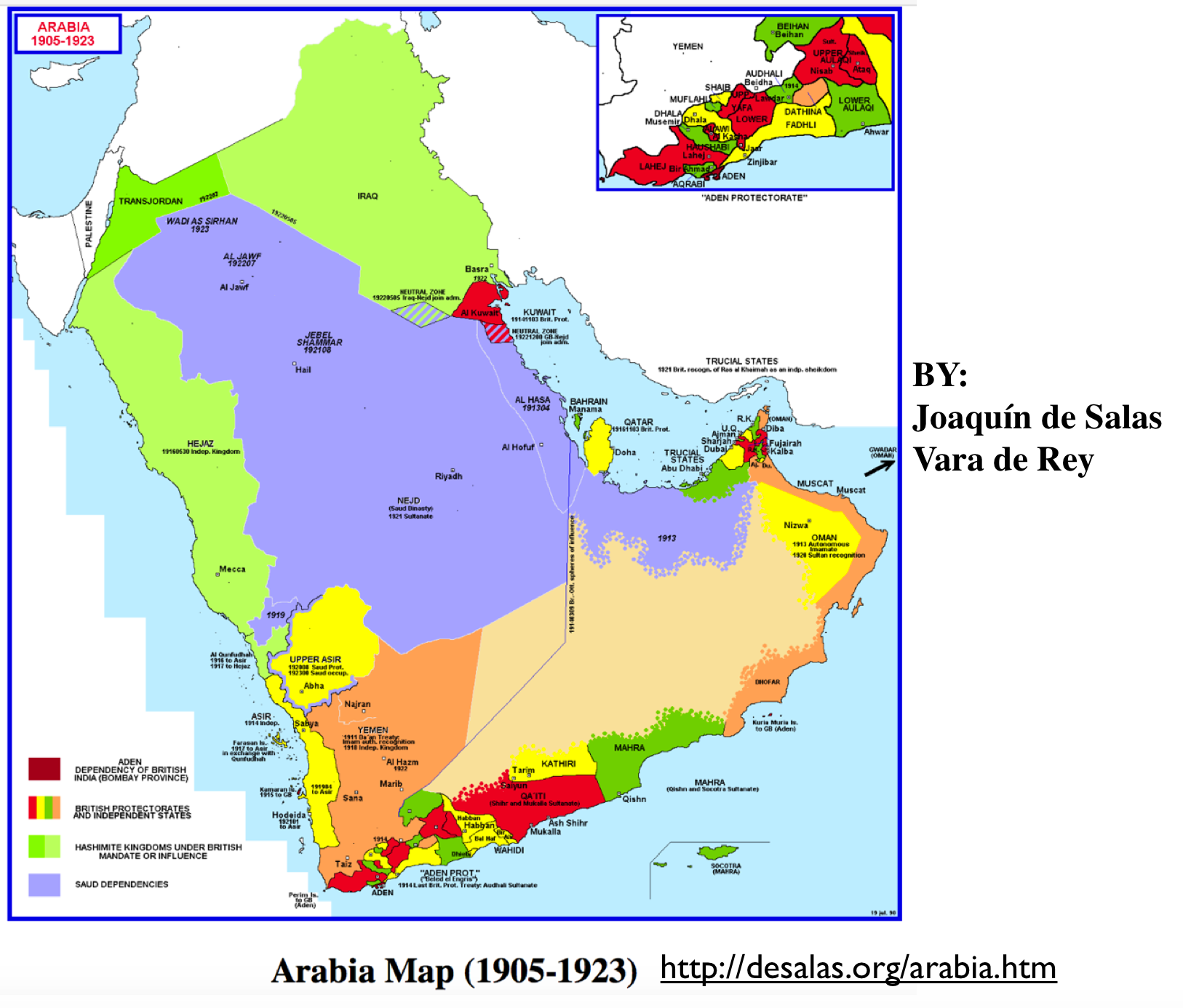 Major rebellions in Yemen had helped spark unrest in Asir and elsewhere (e.g. Ibn Saud, later the first King of Saudi Arabia, in Najd against the Turkish vassal Ibn Rashid of the Shammar). According to a British intelligence report in 1905

Turkish reinforcements arrived slowly [in Yemen], which in turn boosted rebel morale. Their demands for a modicum of self-government and immunity from excessive taxation had gathered momentum and were beginning to spread northwards through Asir and into the Hejaz,..

It appears that the Idrisi's movement began as one of religious reform....as Turkish corruption continued unabated the Idrisi decided to take up arms....His influence spread into 'Asir as the arabs as far north as Qunfidah joined the Idrisi banner.

attacked the Turkish garrison in Abha, Asir. At the request of the Porte [seat of Ottoman government], Sharif Hussein [of Mecca] fought Idrisi in 1911 and again in 1913 without conclusive result.

This revolt involved up to 40,000 tribesmen. The Italians, themselves at war with the Ottomans and seeking greater influence in the region, encouraged the Idrisi in Asir by supplying arms in 1911 - 1912. Unsurprisingly, the Hejaz Sharif of Mecca's action on behalf of his Ottoman overlords didn't go down well with other Arabs in the region, but he had aspirations of his own (i.e. regional dominance) and saw supporting the Ottomans as the best way to advance his own interests at the time:

So long as this [Ottoman] empire put him in a position of authority and gave him the legal, political and military muscle to subdue his local rivals, as he had done in Asir and Najd in 1910-11, he was more than happy to acknowledge its suzerainty; once it attempted to encroach on his prerogatives in a meaningful way the sharif was prepared to shift his loyalty to another imperial master - and an infidel one!

Further, the Sharif had long been concerned at the potential threat of the Idrisi spreading their influence northwards from Asir into Hejaz through the tribes that straddled the border regions.

In short, the Sharif was interested in British assistance and would abandon the Ottomans once he could secure it. Meanwhile, Ottoman setbacks in the Balkans in 1912-13 gave further encouragement to Arab rebels. Once war broke out in 1914, Britain - which had mostly respected Ottoman territorial integrity - became more interested in fomenting revolt.

Thus, in April 1915 Britain signed a treaty with the Idrisi of Asir, who now also controlled part of Yemen. In the treaty, Sayyid Muhammad al-Idrisi

undertook to wage war against the Turks in Yemen and not to "cede, mortgage or surrender" his coastline or the offshore islands "to any foreign Power" and to "call on His Majesty's Government for assistance if these places are assailed". In return Britain guaranteed his independence and furnished him with arms, ammunition and financial support.

Britain and her new ally wasted little time in taking joint action; in June 1915, Britain took over the Red Sea islands of Kamaran, Zukur and Great Hanisha (all now part of Yemen) while al-Idrisi took control of the Farasan Islands (now part of Saudi Arabia) from the Ottomans.

Meanwhile, the Sharif of Mecca had been negotiation with the British and, although no formal agreement was reached, became the leader of the Arab Revolt that he launched in June 1916. The Sharif's army, commanded by his sons, had a core of Hejaz soldiers who were joined at various times by fighters from different tribes as the army headed north.

Although Britain signed another treaty with al-Idrisi in 1917, the Sharif and Ibn Saud of Najd were the main regional powers, the ones with the most influence - and British and French arms and financing. Nonetheless, the Sharif protested at the support Britain was giving to the Idrisi. The British, though, dismissed these protests as they saw the Idrisi as valuable allies in the fight against the Ottomans in Yemen. In short, it is likely that it was only because of a common enemy (the Ottomans) and external influences (primarily Britain) during the main Arab Revolt of 1916-18 that the Idrisi / Asir and the Sharif / Hejaz did not come to blows.

Not the answer you're looking for? Browse other questions tagged world-war-one middle-east arabia or ask your own question.

2
To what extent did the "Arab Spring" protesters meet their goals?
9
What is the history of the legality of polygamy in Arab states?
11
What was President Jimmy Carter's role in the Iranian Revolution?
8
What examples are of French and Arab cultural integration?
3
Nejd (Saudi Arabia) and the Arab Revolt
5
What was the role of Konstantin Rokossovsky during WW1?
23
What is the origin of the names of planets in Arabic?