This picture features twice a flag with a dark border and a light inner: which flag is that? 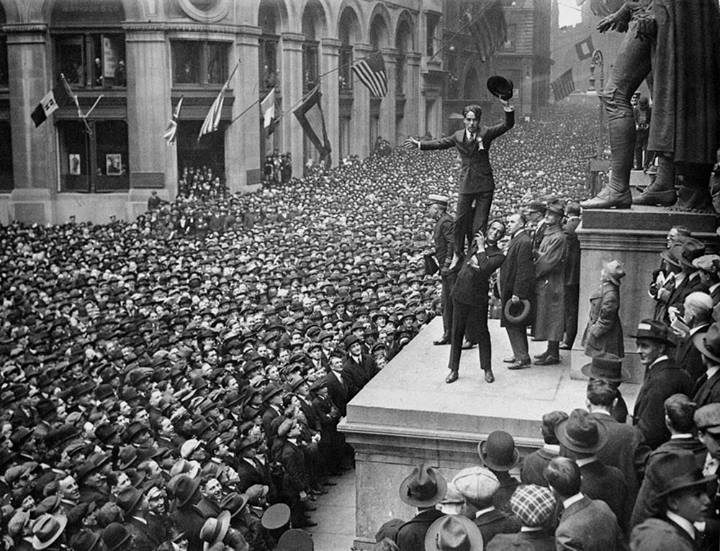 From left to right we can see:

The event has been described as "Douglas Fairbanks holding up Charlie Chaplin in front of crowd to promote Liberty Bonds, Lower Manhattan, NYC, 1918"

It looks similar to this one, but it doesn't include the central blue stripes: 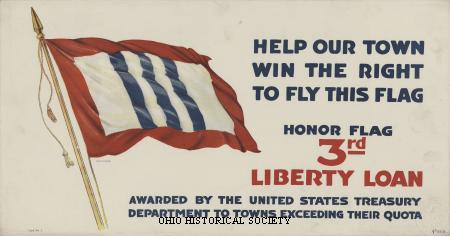 I guess it might be something special related to the warbonds, then, does anyone have any info about those special flags?

My guess is that they were meant to be service flags. These were usually rectangular flags with a wide red rectangular border and a white middle area. In the middle area, a person would place a number of stars indicating the number of loved ones you had serving (blue star for serving, gold for killed). 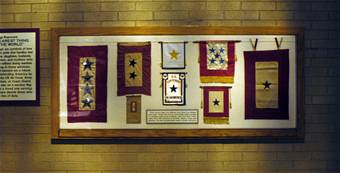 For a public (non family) display of such a flag, like say in the middle of Manhattan, placing an appropriate number of stars would have been problematic, so I could see where they might have left the middle blank. These days Congress has solved that problem by prohibiting anyone but immediate family from displaying one. They didn't have that law yet in the '40's though, and the flags were so ubiquitous in homes that I can see where it may have come to be viewed as a general "support our boys" flag.

In fact, I think one can probably view these flags during WWII as announcing "We support our troops", with whatever is placed in the middle designating what the person has invested. This explains why the same motif was used for the Liberty Loan flags you found, as well as for the Victory loans flag. 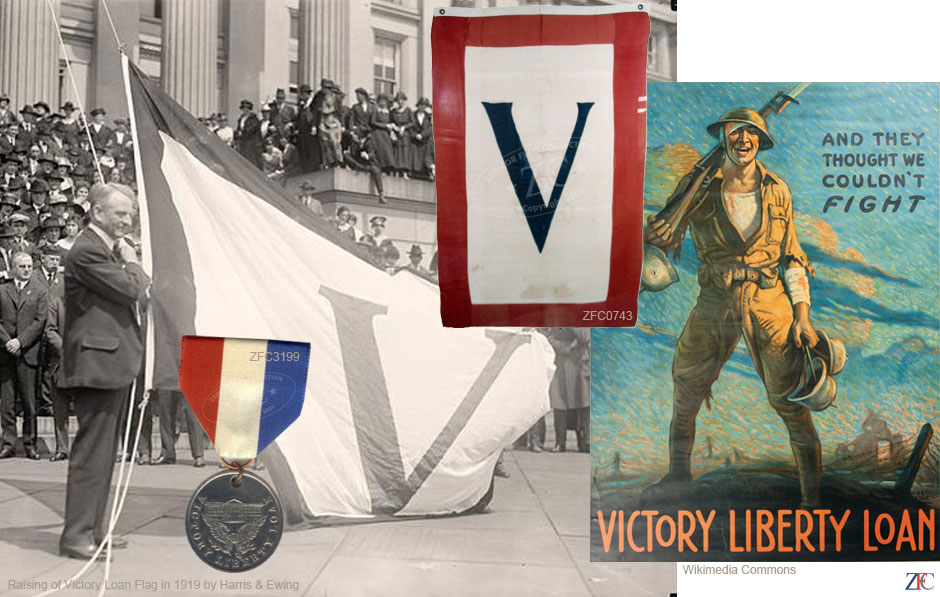 There was no Irish tricolour in the First World War as Ireland did not achieve independence until 1922. P Pappa is an innovation in the international phonetic alphabet. It used to be P Peter. That flag is the Blue Peter. It is hoisted by ships in harbour and it signifies "We are about to sail." So, in this context, it means "The Yanks are coming."

It is apparently a flag derived from a generic honors emblem: For comparison, look at these Canadian Victory Loan Flags and those Australian Honour Flags. There are also a similar items (e.g. WWI sons town flag) for sale on eBay.

The designs were apparently all used for public fund raising by the allied powers during WW I and they share the same generic (red) border.

There is also a related article in the New York Times archive ("HONOR FLAG CHOSEN FOR THE LIBERTY LOAN", March 7, 1918) with this explanation:

The third Liberty Loan, which will open one month from today, is to have a distinctive flag of its own. Red borders, white interior field, with three vertical blue stripes -- this is the design for the honor emblem which will be bestowed on each city exceeding its quote of sales of Liberty bonds. If a city doubles its quota a star will be added to its flag, and a tripling of the quota will be recognized with two stars. Among other features of a system of honors devised for the third Liberty Loan and announced by Secretary McAdoo is the plan of giving a window card bearing a reproduction of the flag to each purchaser of a bond, and of establishing honor rolls in each community, or organization of an kind, to bear the names of subscribers.

Notice that the original photo was taken in April 1918.

The mystery flag appears quite similar to the nautical alphabet flag for "P", or papa:: 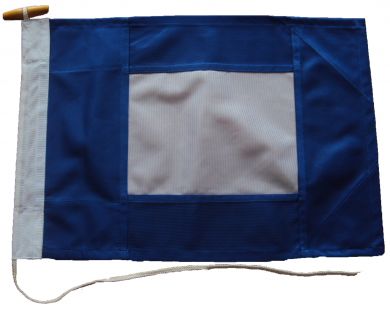 As one can see from the many styles in the samples, the exact shade and dimensions of these flags were not critical, and various organizations (and perhaps manufacturers) styled them slightly differently. They were sufficiently distinct from each other, and other nautical ensigns and standards, as to be easily recognizable regardless of such subtleties. As long as papa, sierra and whiskey are easily recognizable and distinct from each other, communications could be relied upon.

Without knowing more about the context of the picture, it is difficult to guess why a papa flag would be of significance.

Not the answer you're looking for? Browse other questions tagged identification flags 1910s or ask your own question.

4
Epoch of an item marked with anchor symbol with the letters N and D
15
Why did Kabila discard the name and flag of Zaire?
6
Flag of Paris: Why blue and red?
51
If the Union Jack joins the flag of England and Scotland, why does it have a different shade of blue than the Scottish flag?
15
Flag with 13 white stars and a crescent on red background
5
Can anyone identify these swords with carved ivory grip and narrow guard
4
Are the Swiss flag and the flag/coat of arms of Piedmont related?
7
What post-photographic 19th US century dark skirted stripe embroidered jacket, hard brim and top forage cap, light trousers, sword uniform is this?