Symbol on utility pole in photograph from 1906

I happened to notice this symbol: 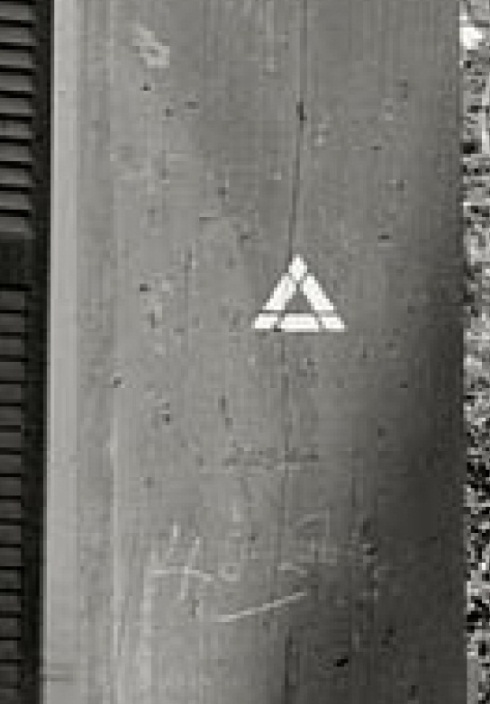 on a utility pole in a photograph from 1906.

What's the meaning of that symbol?

Is it a simplified logo of the Portland Railway Light and Power Company's logo? According to this site, they took over the electric services to some customers in Salem in 1906 (see below) 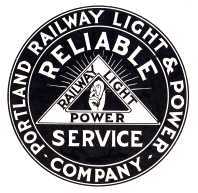 It looks like a watermark or something similar, either applied on top of the photograph itself or added at some point during the process of converting the photograph to digital format. It doesn't retain the same shading that's on the tree itself (in particular there is a small shadow that would run over it if it was actually a part of the original photograph). Also, while it's more or less centered on the tree, it's not exactly centered and one would expect that the triangle shape would be ever so slightly distorted by the curvature of the tree if it was, indeed, sitting on it (in fact, it looks like it's "floating" in front of it, which is why I think it's an extra-photographic artifact). Tt's also located along the left-hand margin, not an out of the ordinary place to put a mark like this, and looks to me to be a brighter shade of white than anything else in the picture.

Not the answer you're looking for? Browse other questions tagged 20th-century united-states or ask your own question.

9
Could you help me identify this photograph that was taken shortly after World War 2?
24
What is this strange symbol painted on basement floor?
12
Strange symbol on Midwest brick home
12
Why did 1906 Iranian constitutionalists use the Belgian constitution as inspiration?
67
Identify the era or any other clues from this soldier's picture?
9
How did the US fall behind in airplane technology from 1909-1917?
4
Possible history behind photograph related to 1962 Sino-Indian War
35
What is this symbol in a financial record from Wisconsin, USA, in 1860?