I am using this source: http://www.napoleonsims.com/battles/battles.htm#Fr1814

From the overall statistics, I see that Napoleon was outnumbered 1:10 (!) but still managed to win because he attacked one section at a time. Was this his main strategy? Isolation? Did he intentionally target the center at Chaumpaubert to divide the other two wings of the army?

If not, then what was the crucial factor that caused Napoleon to defy extreme odds?

Napoleon's decision to attack the advancing Allied force was to seize initiative from a not yet unified invasion.

This force consisted of Blücher’s Army of Silesia – Bernadotte’s Army of the North and Schwarzenberg’s Army of Bohemia.

A strung-out Allied army under Blücher quickly threatened Paris itself, and Napoleon's French army looked to seize the moment to destroy Blücher’s Army of Silesia. They succeeded in exploiting Blücher’s carelessness, but were eventually defeated by overwhelming odds in the theater as a whole.

Napoleon systematically split the Army of Silesia, and attempted to isolate their forces to provide himself with superior numbers over the course of smaller battles.

Being the furthest East, Blücher looked to quickly crush the French army. He receives intelligence that Napoleon was traveling northeast rather than east and changes the marching orders of his corps, causing a slight delay. Kleist and Kapzevitsch march southwest supposedly towards Napoleon and Sacken carries on the pursuit of MacDonald so Yorck can march south to eventually envelop Napoleon from the west.

In reality, Napoleon is marching towards Olssufiev – and as expediently as possible. 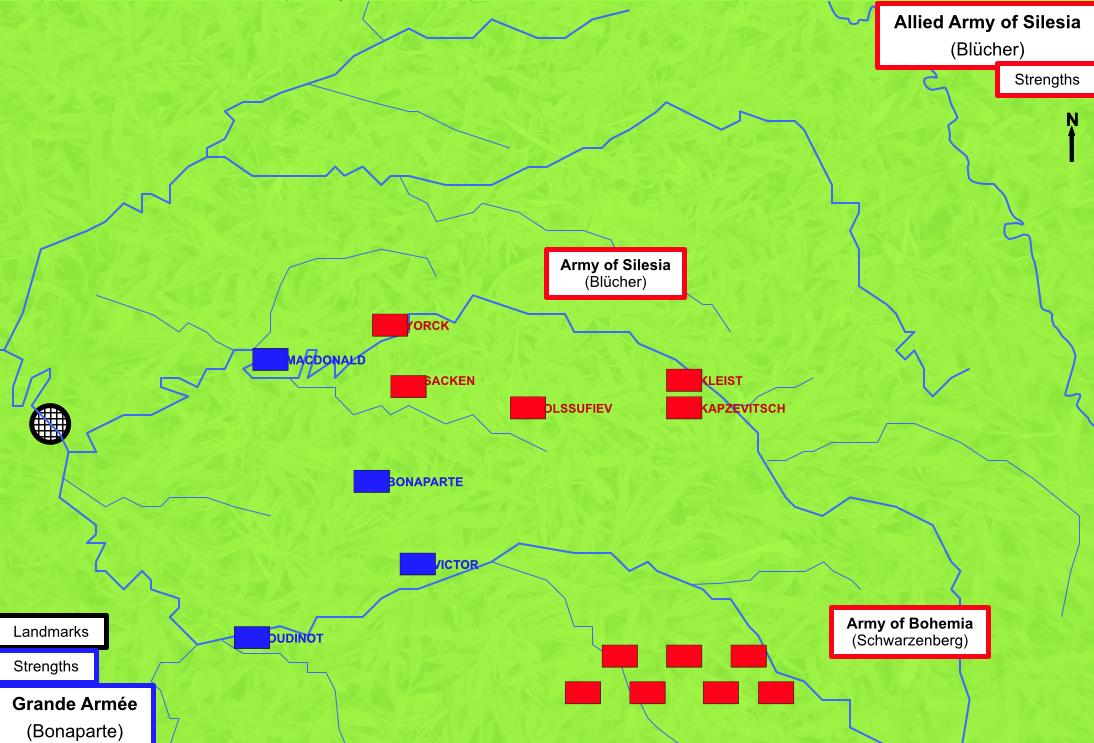 Not the answer you're looking for? Browse other questions tagged napoleonic-wars or ask your own question.

4
What were the borders of Egypt from 1798 to 1803?
1
Where were the British Forces located during Napoleon's Egypt Campaign?
4
Why did Napoleon change his mind and continue the attack into Russia?
1
Was there a rational reason for Napoleon to attack Russia while the Peninsular War was still in progress?
0
Why did Napoleon divide his army during the retreat from Smolensk?