I recently acquired these photos at an antique store with no ID. Can anyone help? 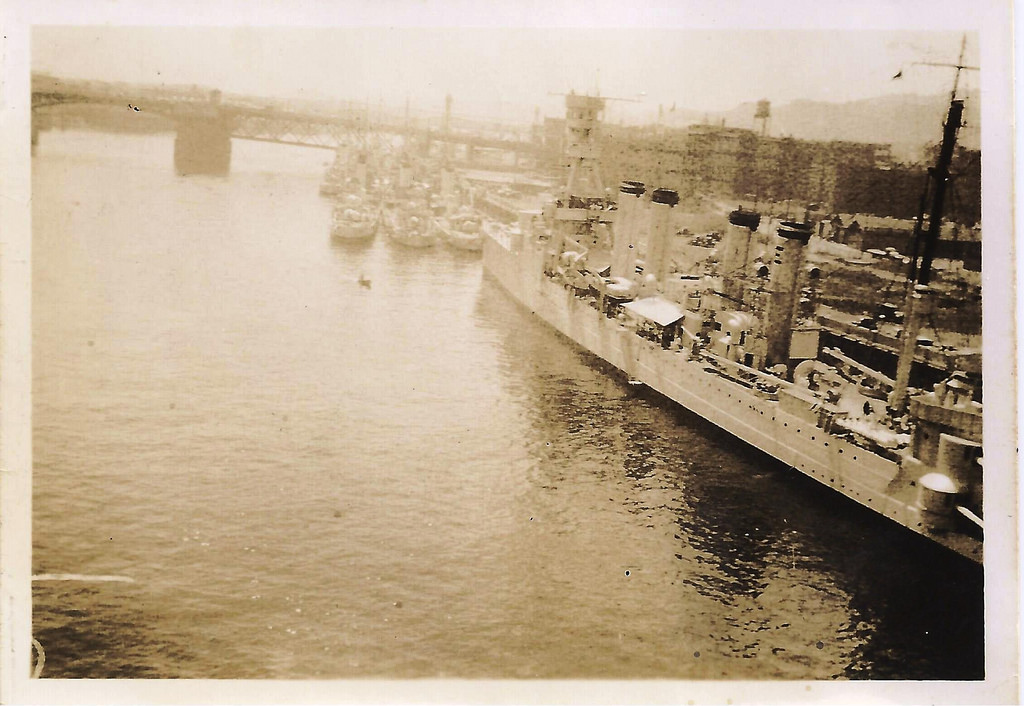 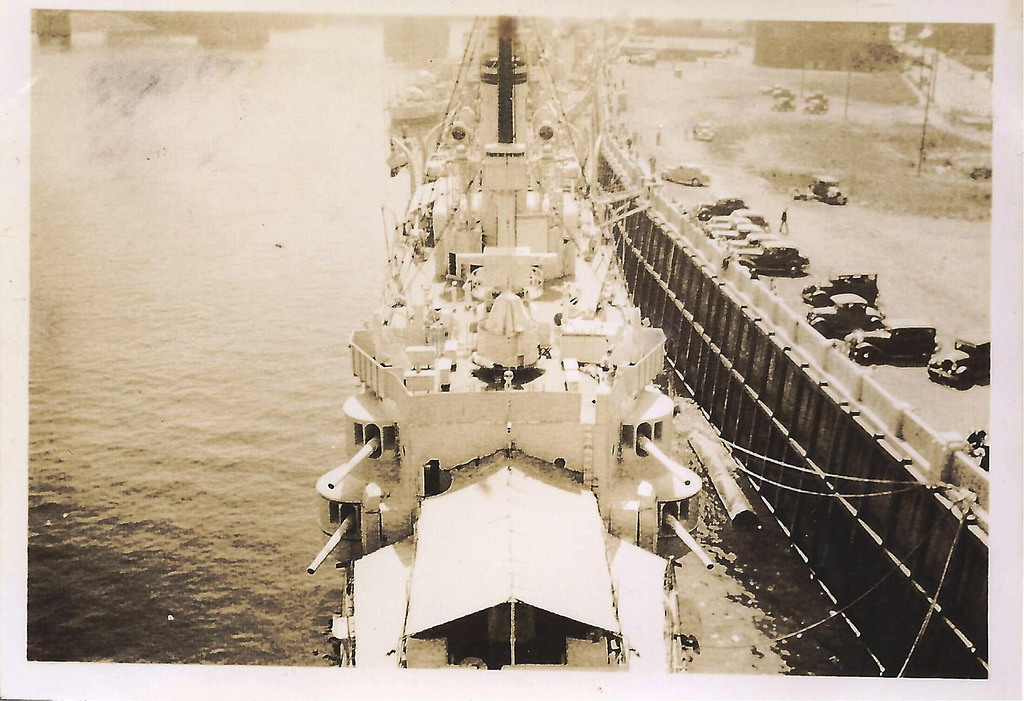 Scanning through samples of the List of US Destroyer Classes and List of US Cruiser Classes for examples of the 2-and-2 funnel arrangement and unusual bow-turret combination reveals the Omaha-class (light) Cruiser as the only US warship class that fits: 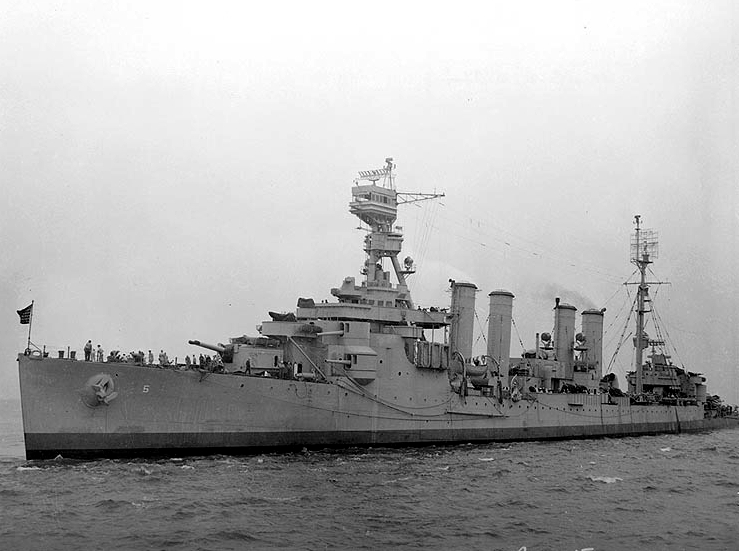 Note the matching 2-and-2 funnel arrangement, stacked single-barrelled casemates to port and starboard on the bow, and double-barrelled forward-facing turret. This combination of features is unique to the Omaha class amongst US Destroyer and Cruiser classes, and the gun configuration is repeated at the stern.

Here is another clear picture of the bow of USS Omaha itself in which the similarities can be identified clearly (from Old Ship Galleries):

I have reviewed all pictures in the Old Ship Picture Galleries under the names beginning with Omaha and Detroit, and confirmed that OP's pictures are not in that collection under either of those names. If others might wish to check the remaining vessels in the class - someone might get lucky.

The next step (I believe) is if someone can identify any one of the bridge, water-tower, or hills in the background of this picture to try and identify which port the pictures were taken in. Combining that with the known service records of the vessels in the class should narrow down the candidates to one or two, with possible dates as well.

Update:
I have now checked out both Halifax, NS, and St. John, NB, harbours as well, but neither seems to fit. Halifax harbour seems too large, and the bridge too new (1955, apparently without any antecedent) to fit. St. John seems about the right size, and has a tidal range to match the high dock shown, but it's bridge seems to be too short a span to fit. I easily found photos of both showing a similar range of hills running down to the water, but neither at the correct angle from a pier.

With many thanks to @Comintern, the picture appears to have been taken from the upper deck of the Steel Bridge in Portland Oregon, looking South towards the Burnside Bridge even to the still existing water tower:

Also, from NavSourceOnline CL6 USS Cincinnatti visited Portland OR in the late 1930's.

Courtesy of Comintern's comments below:

I was trying to think of river naval stations that were in hilly areas and thought I'd look around Portland. The only Omaha class cruiser that I can place in Portland is the USS Cincinnati, which was there in mid-August of 1933 based on a postal cover I ran across. Here she is sailing into the city, likely between 1935 and 1938: navsource.org/archives/04/006/0400607.jpg The OP's picture was likely taken in August of 1933, the last time the ship was in theatre based on a postal cover I ran across that placed her in Portland at the time. 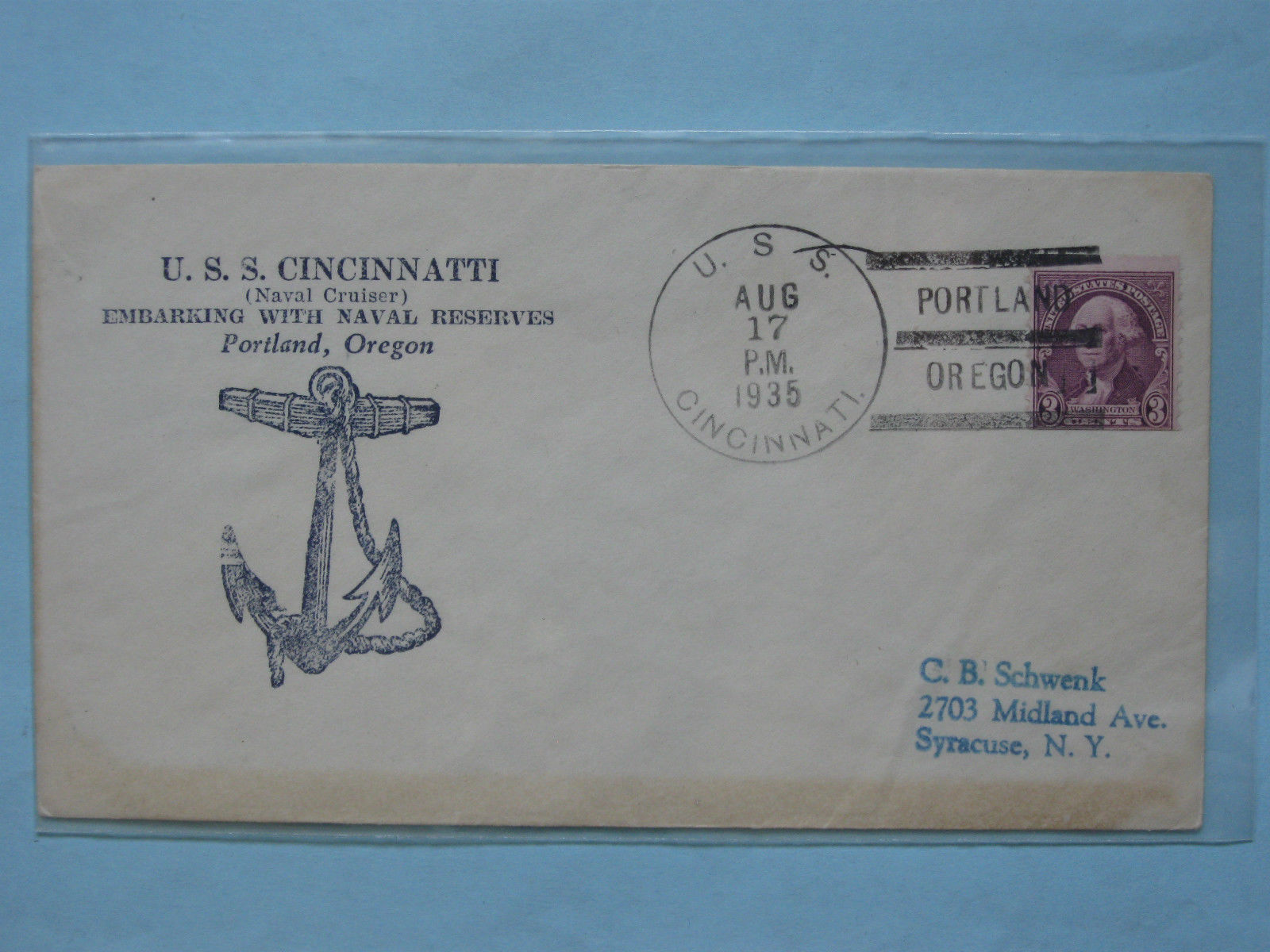 8
U.S. biplane Identification
5
Aircraft identification
3
What can I learn from these WW1 shell cases?
1
Need help to identify this circa WW1, American uniform
7
Can anyone confirm the identity of these WWI uniforms?
38
Who is this young 'Prince'?
7
What kind of uniform is this? (Circa 1940s, possibly Israeli)
7
Can anyone identify this possibly Czechoslovak uniform?