What was the standard pistol used in Yugoslavia during WWII?

I've looked into the firearms used during WWII, but I can't find what pistol was used by Yugoslavian infantry men at the time. What did they use? 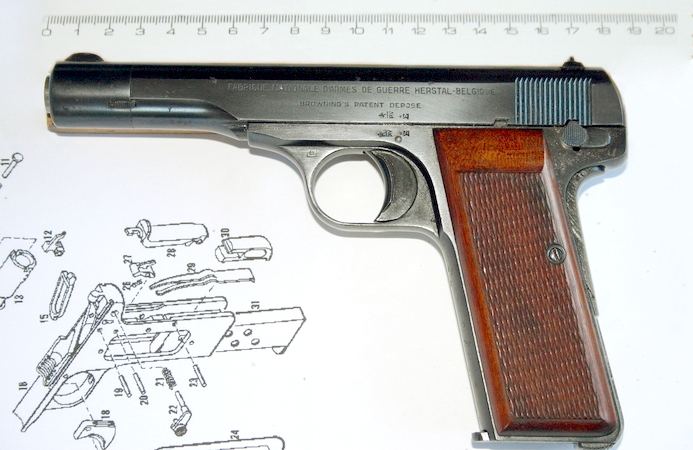 This was a variation of the F.N. model. 1910 that was commissioned by the Yugoslavian military in the inter-war period with 60,000 ordered with both general issue and "officer" markings.

Note, the Wikipedia article is horribly referenced, but you should be able to confirm this in Anthony Vanderlinden's book FN Browning Pistols: Side-Arms That Shaped World History as several other sites refer to it (I don't have a copy so can't verify this).

13
Who was the first military force to use teppo (guns) in mass battles during the Sengoku-jidai?
2
Did French Seamen Join the US Merchant Marine in WWII?
8
What was Yugoslavia doing in the Angolan Civil War?
6
Were smoke signal used to trigger a company-scale infantry advance by the US during WWII?
1
What was the income tax rate in the UK during WWI and WWII?
1
What are some good sources on the everyday life of Soviet troops during WWII?
5
Was the M4 Sherman used frequently in artillery capacity?
5
In WW2 USN ships, what was the weight of a typical boiler?
6
In American Civil War era paper cartridges, what was taking up the space between powder and bullet?