What are the highest and biggest half-timbered buildings built during medieval era?

I'm interested in any part of present Europe, let's say before the fall of Constantinople (1453 AD). Also, if you can show me a drawing or a picture (if these buildings are still there), I would appreciate it.

Also, I would like to know what the average number of floors of such buildings in major cities was (Bruges, London, Paris, Prague).

While it is possible for a wooden building to exceed 200 feet (approx. 61 metres) in height (see, for example, Pagoda of Fogong Temple from 1056) there is nothing approaching this height from medieval Europe still standing. 5 or 6 floors seems to have been the limit, with two to four-storey buildings common depending on the city and the century.

Many of the tallest medieval half-timbered houses still standing are found in Germany and France. In some cases, though, only the foundations or ground floor date from medieval times - these have been excluded from the images below. 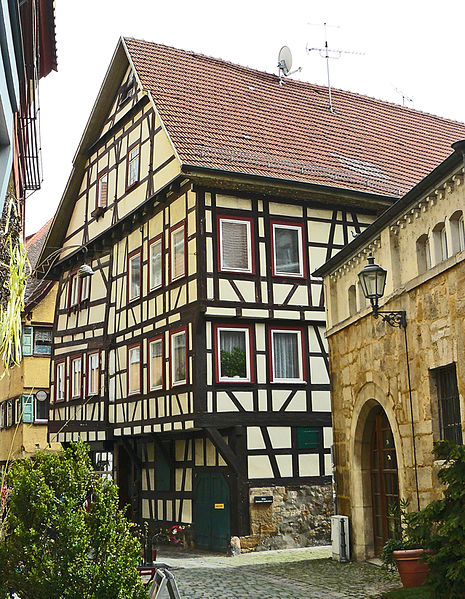 Webergasse 8b, Esslingen am Neckar (1266-67). According to this article, "the entire core construction is still preserved, that is, the beams made of oak wood are around 750 years old." Image source. 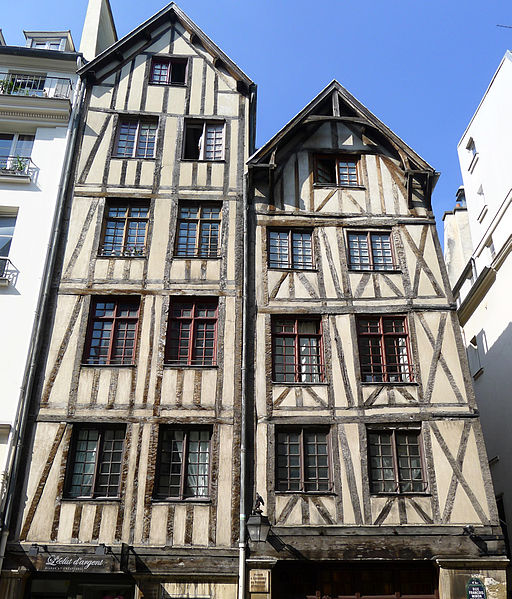 Nos. 11 & 13 rue Francois Miron are believed to be the oldest houses in Paris. "Sources indicate that they could have been built as early as the 14th century." The frame type suggests they were built before the 1450s as this style had gone out of use by then. Image source. 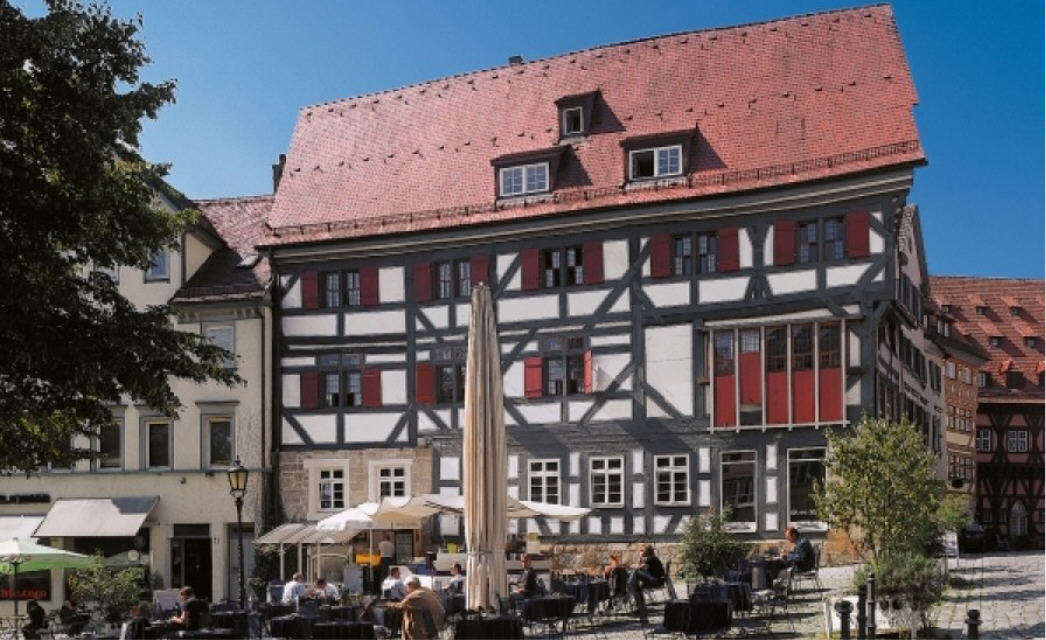 Hafenmarkt 4-10, Esslingen am Neckar. Dendrochronology shows that this building dates from between 1328 and 1331. Image source.

Based on the evidence of structures built before 1453 which are still standing, 5 floors (6 if one includes attic rooms) was the limit for half-timber buildings. If we assume an average of around 10 feet per floor (including construction between floors), this gives us a total height of up to 50 feet, though some upper floors were usually less.

Finally, the Maison d'Adam in Angers (France), built shortly after 1491, falls a little outside your time-frame but it is 15th century and impressive enough to merit a mention (and a picture): 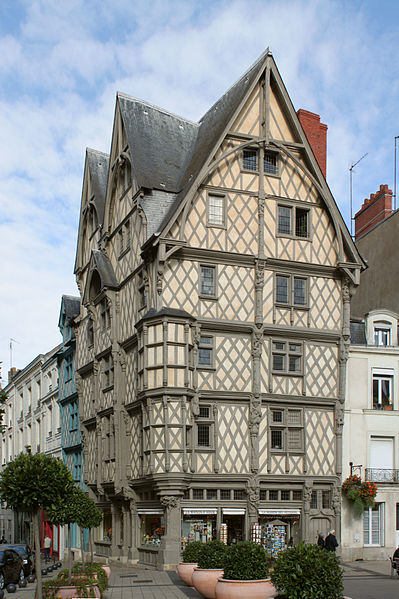 This is difficult to answer as it depended on where, when and how wealthy. However, the chronicler Matthew Paris notes that, on a visit to Paris in 1254, King Henry III of England

was much struck with `the elegance of the houses which were made of plaster, and were threechambered and even of four or more stories (stationum)'

the king 'was struck' because in London at that time, town houses were usually only two storeys. However,

by the late thirteenth century there were houses in Cheapside of three storeys plus a garret.

Also, in London, in

About 1300 it was thought that houses in the city commonly had two or three storeys over a cellar and were divided into several units of occupation.

Timber framed buildings cannot go above three floors (about 50 feet) because beyond that they cannot hold up their own weight. Often buildings would be constructed with the first or second floor made of masonry and then wooden floors above. The "average" number of floors in the middle of a city during the Renaissance would be two. Here is Dürer's "St. Anthony in the City" (1513) showing the typical Renaissance/Tudor view of a metropolis. 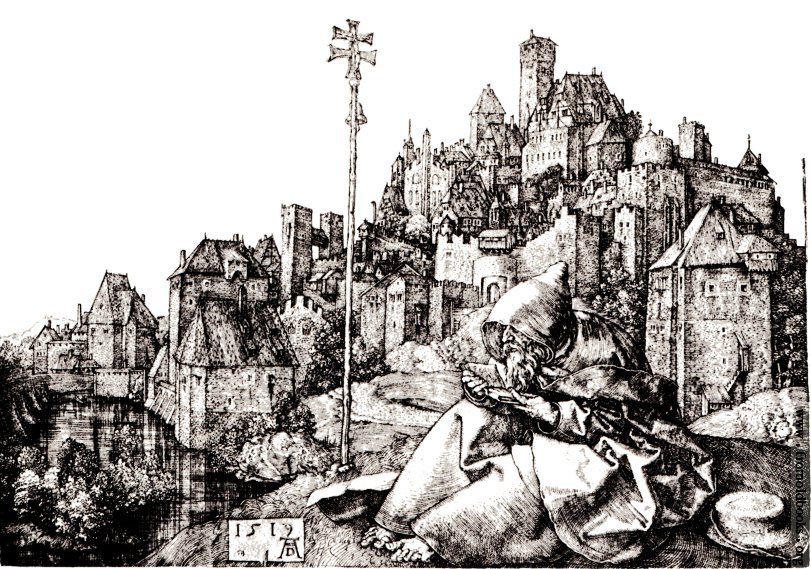 Not the answer you're looking for? Browse other questions tagged middle-ages architecture or ask your own question.

16
How long did it take to build siege engines in the middle ages?
7
What is the role of towers in Romanesque architecture?
9
What was the average size of French families during the Middle Ages?
7
What was the death toll during the Inquisition?
21
Did horse sacrifice persist in Christian Europe?
9
Why are the buildings built in classical style in the first half of the 19th century in Russia so frequently yellow-and-white - coloured?
2
How did the layout of a Medieval European village typically change as it grew into a town?