I guess most are familiar with the cartoonish "bomb icon". It is used to warn of metaphorical or literal explosive danger and shows a deep black sphere with a smaller cylinder attached. That is where the burning fuse starts. 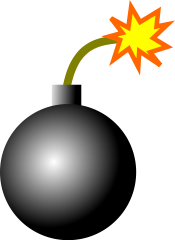 I wonder if a historical background exists? When where bombs like these used in warfare and what is the origin of this symbol?

warfare technology
Share
Improve this question
asked May 19 '14 at 11:42

The word "grenade" originated in the Glorious Revolution (1688), where cricket ball-sized iron spheres packed with gunpowder and fitted with slow-burning wicks were first used against the Jacobites in the battles of Killiecrankie and Glen Shiel 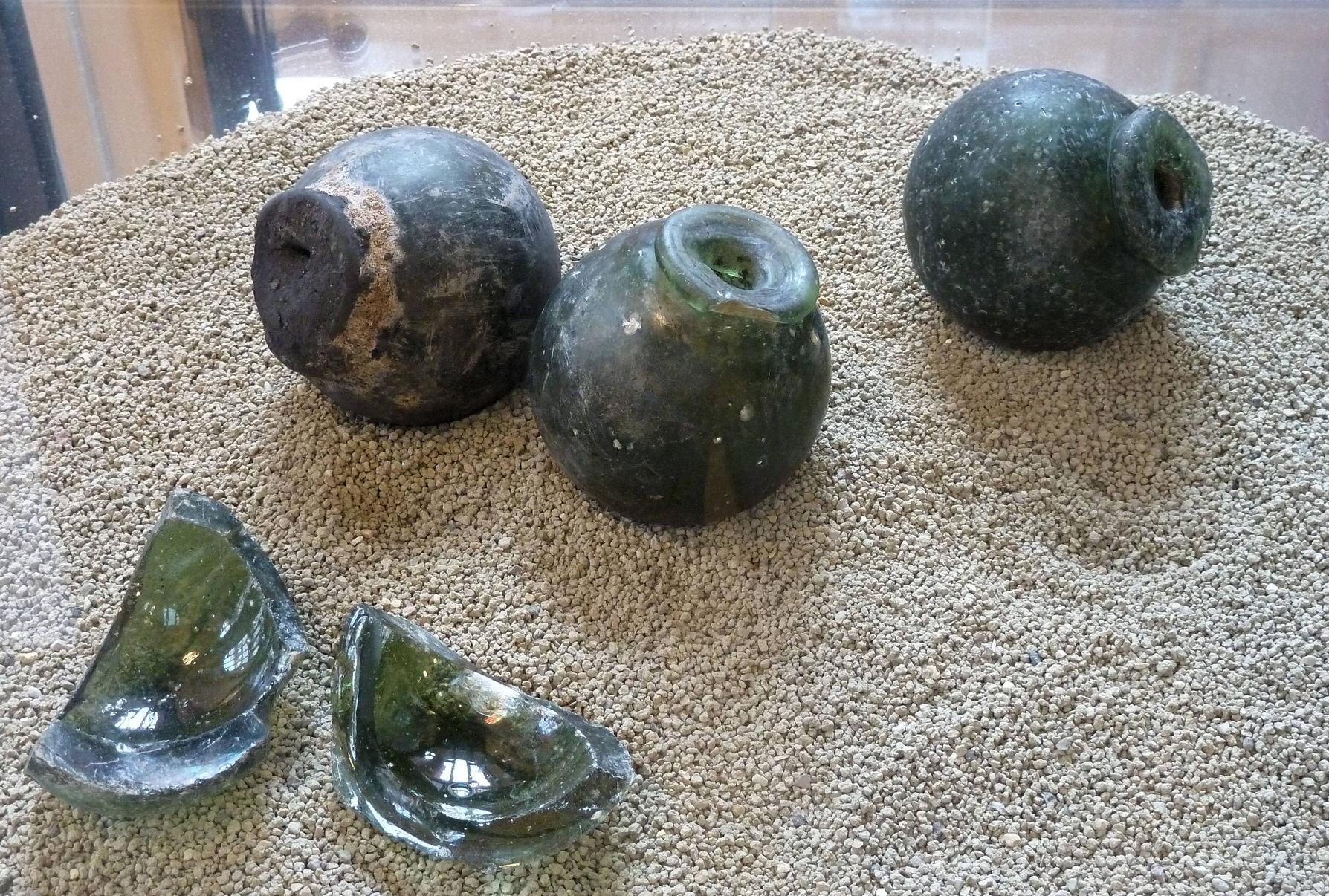 The grenades in Michael Borgwardt's answer are probably the earliest European examples, but in China they go much further back.
Fireworks based on a bamboo, clay or paper shell filled with an explosive mixture (a precursor of gunpowder) came into use as far back as around 600-700 BC (Tang Dynasty).

The Chinese kept improving fireworks and also developed bombs (in this shape) and rockets which culminated in the invention of classic gunpowder (black powder) around 1100 AD.

Eventually the stuff ended up in Europe through the Silk Road trade. That happened with early fireworks already in Roman times as archeological digs (the Pompeii museum displays some) have shown.

Also: The ancient Greeks already used a substance called "Greek fire" which was a highly flammable (to the point of being a weak explosive) pitch, resin and oil based mixture. Most likely it also had magnesium salts in it.
They would put it in jars which were thrown at enemy ships during combat. Fire-arrows would ignite the stuff.
They didn't use fuses. The stuff was dangerous enough without them if a sailor dropped a jar near his own brazier which he used for lighting the arrows.
Although not quite the same thing they are a bit similar to the classic cartoon-bomb.

Smoothbore cannon (of the type used at Waterloo, or in Pirates of the Caribbean) were capable of firing solid shot (a spherical lump of iron or similar) or explosive shells, as well as canister, chain-shot, etc..

The explosive shell was originally a spherical shell, filled with explosive, and with a fuse. The fuse was intended to be lit when the shell was propelled -- by the explosion of gunpowder -- out of the cannon.

Thus, you'd have exactly what you describe: a spherical bomb, with a burning fuse sticking out of it.

You can read more on Wikipedia: Shell (projectile) and Artillery fuse.

Not the answer you're looking for? Browse other questions tagged warfare technology or ask your own question.

31
When and where did socks become common?
66
Did World War II-era bombs actually whistle?
5
What did the end of the western front look like at the Swiss Border?
5
Printing - When did advertisements in colour became commonplace?
34
Did this "sledge rigged like a sloop" vehicle ever exist, or was it an invention of Jules Verne?
5
When did enscribing messages on bombs first happen?
52
How did pilots know when to release bombs on airplanes during World War2?
30
Where did all the old discussions on Google Groups actually come from?
2
When did households become electrified?