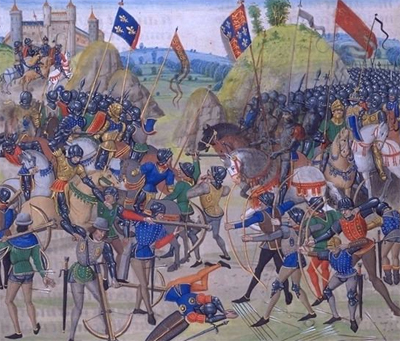 9
Status of merchants in feudal Europe
10
Plate armour worn by men-at-arms fighting on foot 1380-1415
5
Why didn't the English overrun France when the king was their captive?
10
Jerusalem 1187: How did ethnicity impact Saladin's army?
27
Was Richard I's imprisonment by Leopold of Austria justified?
26
How did William the Conqueror consolidate his military victory?
5
How was Enguerrand VII de Coucy able to keep his allegiance to both king of England and France during the Hundrend Years War?
4
How common was cannibalism in Christian Europe until the 17th century?