Are these uniforms credible for American sailors just after WW2?

In the 1961 French film Lola (set in the Atlantic French harbour Nantes), American soldiers wear the white uniforms seen below:

Was this uniform typical for these soldiers in Nantes following WW2?

Are these uniforms credible?
Or are they fabrications designed to produce a particular cinematographic effect? (for instance giving an impression of light in the otherwise rather dark setting of the film)
I am especially talking about the white color. 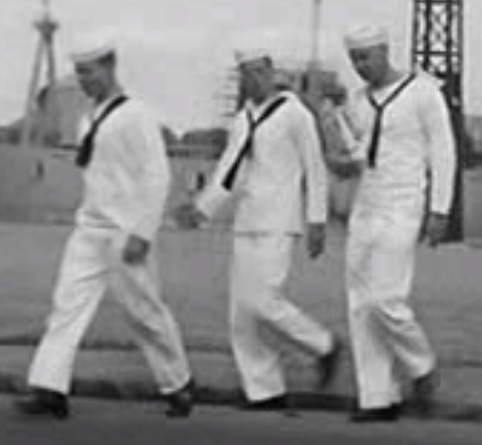 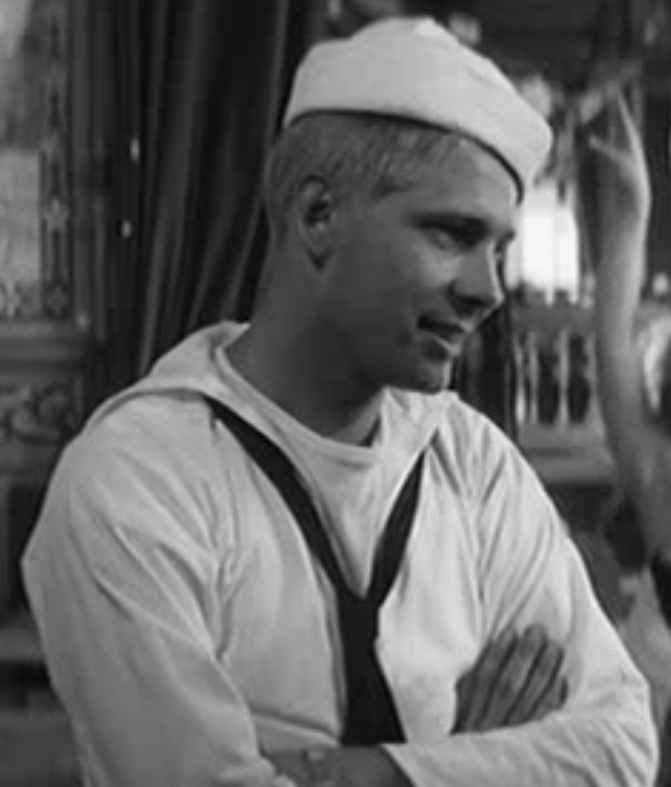 Looks not unreasonable to me. Superficially, that looks like the US Naval Uniform, Summer white, enlisted. I did a google search on that term. I'll admit that I was disappointed by the amount of noise in the results, but I found the following examples that are similar to the pictures you've cited.

I am puzzled by the lack of sleeve insignia. Today, I'd conclude that these men are E-1 (no insignia). I've actually never seen an E-1; they grow up so fast. 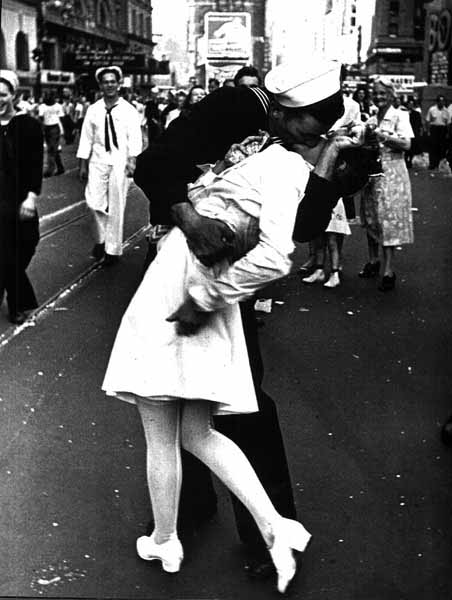 This famous photo is known to have been to been taken on VE Day in New York. Note the man in the rear in the identical sailor uniform, and the kisser is in a dark version of the same.

Not the answer you're looking for? Browse other questions tagged world-war-two military north-america clothing uniform or ask your own question.

9
What incentives are in place for American soldiers to go fight in Iraq?
14
What are the French gains after the American Revolutionary War
50
Why were there no Internment camps for German-American Citizens in USA during WW2?
13
Are these Red Army uniforms authentic?
13
Which air minister said (before or during WW2) that parachute troops are just a circus?