Why were North Native Americans less urban than Central or South?

I was taught that the Native Americans (both North, then South) primarily came down from Canada from what is now Russia. Whether or not that is true, why did the Native American civilizations from the Central and South Americas advance themselves into the use of cities, with many attendant improvements in the quality of life, while those in North America never did?

If we look at the rest of the world, it seems city building civilizations require large population growth which is sustainable through farming. Quite simply, if you can't feed a city, the city will fail.

Additionally, in colder regions people need to move to warmer regions with more food in the winter, unless they can store food in sufficient quantities to last through the winter. In case of a bad harvest, it needs to last through 2 winters. If it doesn't, the city will die. In warmer climates people can have more harvests per year, resulting in more food and a more stable supply of food. There were loads of different ways different tribes dealt with this.

Due to the winter, people also need to build shelters that are better at keeping the temperature, or they need to burn more wood. If they burn more wood than grows near the city, the city will die. Running out of wood is seen by some as a major reason for the fall of Cahokia, a large city near St Louis.

There was also the onset of the Little Ice Age from about 1300 onwards, which may have prevented further growth of existing settlements in colder climates, and even lead to their decline.

Solving these problems takes time, and chance. In Central America there were fewer problems to solve, so they had a better chance to reach the city building stage first.

Once all of these problems are solved, population growth will likely still be slower in colder climate, slowing down the time it needs to grow from small settlements to large city states. As the size of the settlements grows, trade between settlements is more likely to grow and therefore the rate of advancement of knowledge is likely to increase. These effects can be - and have been - countered through other effects such as traditions, caste systems, religion, government policy, wars, epidemics, natural disasters, etc. But these effects seem to be far less dependent on climate than the consumption of firewood and the amount of harvests per year are. For example the black death affected all of Europe, regardless of latitude.

In contrast, in Europe the knowledge of growing crops was imported as was much of the population, so they didn't have to solve all of these problems on their own. Add to that the Roman Empire and the Migration Period, and you see how these developments can very quickly become completely random and unpredictable.

The Natives of the Americas advanced their civilizations well enough for the situation they were in. They developed from common stone-age tech level and had agriculture, cities, stone building and pyramid like structures. They developed societies that were comparable to those in remote parts of Europe in the age of the Pyramids, or better, by say 1200 AD. Then they ran out of time to develop on their own as the contact happened.

So why the few thousand year gap? Having to walk across two continents and populate them might slow things down. Lacking any draft animals for meat and cartage sure did not help. Or it could be just luck, and if we "redid" the same trial the Europeans could be delayed and the Amerindians could be landing in Spain.

This is mainly because the southern Native Americans had a reliable source of food (corn). The northern ones had to hunt and collect their food and didn't advance to farming that they could survive in one place, probably because they didn't have something with the right potential.

Christopher Lloyd explains it all in his book "Alles in der Welt", English: What on Earth Happened?

I think you could argue the peoples living in the Mississippi River region did have a civilization similar in structure to the 'advanced' ones in South America. They had a great deal of water for crops and by staying in one place to tend them, naturally added on to existing structures. I think we look all to often for the obvious structures that we can relate today. BUILDINGS! Somehow people placing massive stones on top of each other is what impresses us. We fail to realize the people who actually put them in place were probably slaves and the King a tyrant. What is impressive to me, are the peoples of the Great Basin, Canada to New Mexico. They followed the great herds of Buffalo and found their water in sacred drinking holes, known only to them. Their lifestyle led to fascinating oral traditions that blend fantasy with the spiritual. To call ancient civilizations 'advanced' because they slovenly piled stones together, is to simply voice what the onlooker holds dear. Please don't disparage my beautiful nomads, because they did not choose to pay taxes and lives on top of one another the way we do.

They didn't have horses.

Any culture in the course of its development comes to a point where large quantities of some product need to be transported over long distances. Twenty men carrying the same product have to share the profits among themselves. A single horse performing the work of twenty men only requires water and some oats. The same horse can drag a lot more than it can carry. It is therefore more economically viable to make your horse drag the product. Dragging is made easier (more product can be transported) by rollers (round logs that the horse's owner keeps slipping under the board, or platform, on which the product is loaded). Instead of using a dozen such logs and running back and forth, slipping the logs under the board up front and removing them from the back, someone, at some point, will inevitably take one log, shave off all the superfluous wood from it, fashion some kind of primitive suspension brackets - and voila! You've got an axle with a wheel on either end. In comes technological civilization. 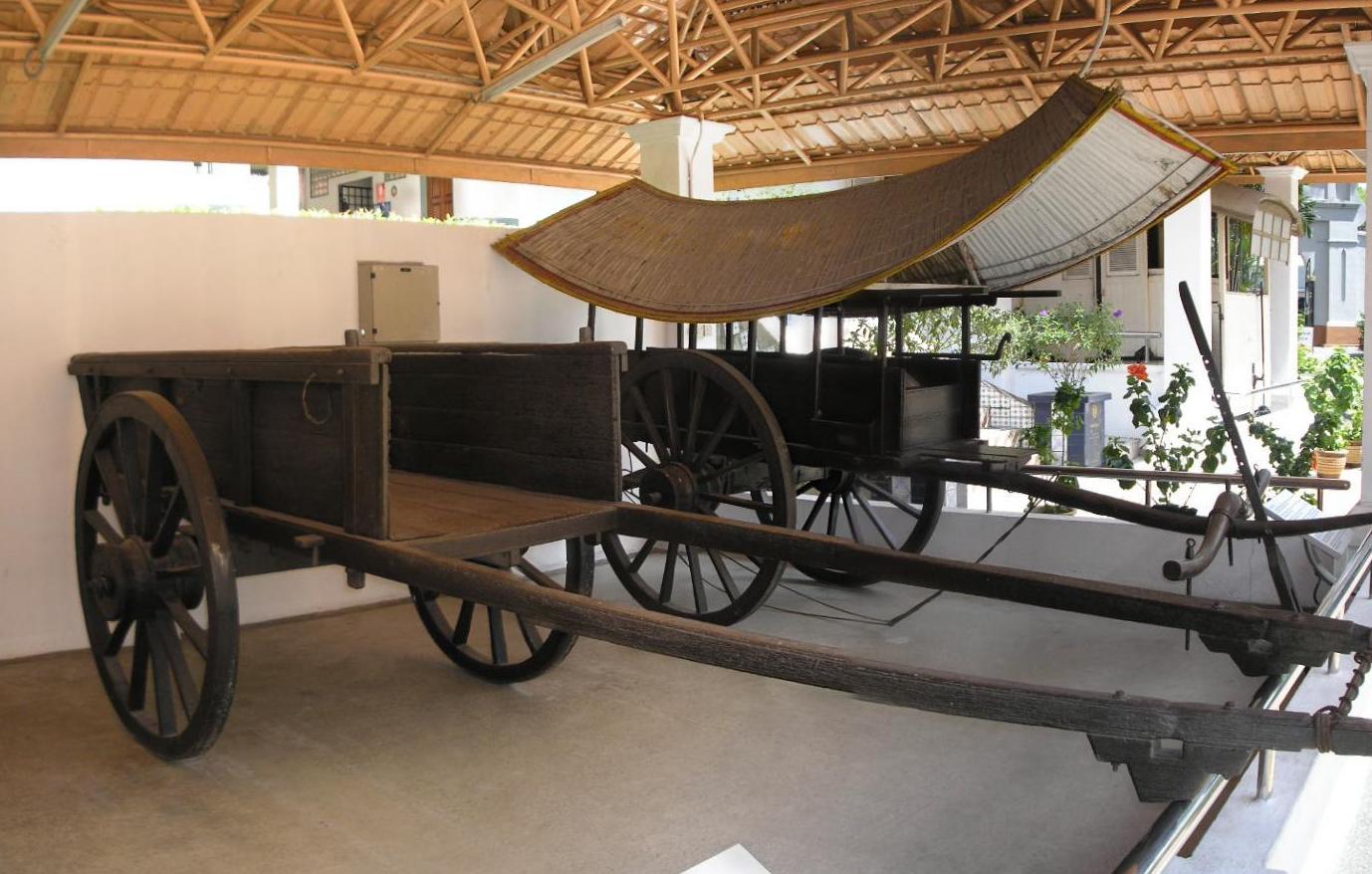 If you don't have horses, there's no point inventing the wheel.

Really, that's all there is to it.

Addendum: One of the commentators suggested that there were other draft animals and potential beasts of burden in the Americas. He or she adduced three of them: lamas, bison, and slaves. That's a laugh. European distances are a joke compared to their American counterparts. Control of territories is predicated on quick access and communication. Try walking from New York to Boston, or from Washington D.C. to Chicago, see how long it takes you.

The only reason the Roman Empire and China never tried to conquer one another is the distance is too great even for horses.

When comparing civilizations, the first thing that needs to be examined is the different natural conditions. That's the root of pretty much everything. What did the Americas have that Europe, Asia and Africa didn't? Potatoes, tomatoes, broccoli, cocoa, tobacco. What didn't the Americas have that the others did? Horses. Let me reiterate: that's all there is to it.

P.S. People talk about the invention of the wheel, which is a fallacy. The wheel by itself is completely useless. When we say "the wheel," we really mean two wheels connected by an axle. Which is a log with the superfluous wood shaved off. No horses = no demand for wheels and axles = no wheels and axles = no control of territories = no empires as we know them, no cities, no legislature, no judicial system, no executive power, no palaces, no doric or ionic columns, no opera theatres.

Not the answer you're looking for? Browse other questions tagged native-americans north-america maya inca or ask your own question.

-3
Why were there no major polities north of Mesoamerica?
52
What are the factors that caused the new world civilizations to be less technologically advanced than the old world?