Why did Central and South American nations participate in WWII?

Somewhat related question: Did either of the World Wars involve South or Central America?

I've always been interested in why so many South American and Central American countries took the side of the Allies during WWII. Judging by the below map from Wikipedia, virtually every nation in the Americas sided with the Allies after Pearl Harbor. (Countries shaded in light green only joined the war post-Pearl Harbor)

I know that few to none of these countries actually deployed troops. But why on earth would countries like Haiti or Bolivia have a dog in the fight to begin with? I could see countries bordering the Pacific Ocean being concerned about Japanese supremacy, but not Caribbean and landlocked nations.

Is it simply that the US influence over the Americas was so strong it could push these countries into a war?

After Japanese attack on Pearl Harbor on December 7, 1941 most of the countries of Central and South America cooled relations with Axis countries. Following the cooling of relations, most countries of Central and South America realized that they are now dependent on the United States for trade. Needs of the USA during the war disrupted further trade. The United States needed varius products from some Latin-American countries (e.g. Platinum from Colombia and cotton from Chile). Prices were agreed upon, but countries lost their ability to trade in the open market.

Shortages of consumer goods were also a great problem. The demands of the American war industry reflected on availability of products required for everyday life. Their price increased and they were very difficult to find. All of these reasons caused inflation.

Most of Latin America used the reasons listed above to their advantage by siding with the United States and receiving aid.

On March 21, 1942 the United States government enacted Lend-Lease, which was a program which gave war materials and other benefits for countries in exchange for participating in war.

Altough Latin America received only $400 million in war materials, a lot of the countries, especially Brazil profited. Brazil was pretty important to Allied forces mainly because of his geographical position. It was northeast corner of South America, allowing patrolling between West Africa and South America. It was used as providing a ferry point for the transfer of American-made war materials to the Allies fighting in North Africa, but also because it was seen as a possible German invasion route that had to be defended. 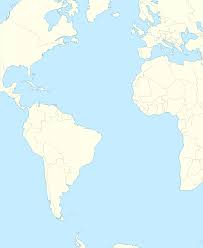 Unlike Brazil and other countries, Argentina and Chile received very little military aid, mostly because for most of the war neither would heed American demands that they sever all relations with the Axis powers.

The honest answer is: UN membership, i.e., a spot at the post-war negotiating table.

With the US entering the war, it became extremely unlikely that the Axis would win outright (with a marginal possibility of a stalemate), so a war declaration on Axis was a cheap gesture which ensured UN membership while not carrying much risk.

The other reasons are economic: the trade with Axis was already severed, so there was nothing to lose there, but ingratiating oneself with the USA, as the OP rightly mentions, might bring some tangible benefits.

World War II was more truly a world war than World War I. In World War I, most of the fighting took place in Europe and the Middle East. There were a bunch of isolated battles in German Southwest and East Africa, and German held China, but no "theater" of war on those continents. Certainly nothing that would be threatening to Latin American nations or peoples.

In World War II, a lot of fighting took place that DID threaten Latin America. The (successful) Japanese attack on Pearl Harbor came as a complete shock: Hawaii is closer to Latin America than Japan.

Even the Germans were a threat to Latin Americans on the Atlantic side. After the Americans "wised up" to submarine attacks along the East coast in the summer of 1942, the submarines were shifted to the Caribbean and South Atlantic, where they inevitably sank South American, as well as U.S. ships. German land forces also threatened to swamp the "hump" of North Africa, opposite Brazil, in a manner that any player of Risk would find threatening.

Nazi boasts about sending Ukrainian conscripts to Brazil didn't exactly endear them to South Americans. In World War I, similarly provocative statements about offering Mexico back the territories they lost to America in the 19th century were equally counterproductive.

To say – as you do in the superscription – that Latin American countries “participated” in the Second World War is a gross overstatement. None of the Latin American took part in the fighting to any significant extent. Most of the countries in Latin America did declare war on Germany at a time when the outcome of the war was already clear. They simply wanted to be on the side of the victors.

Brazil deployed and fought in the second world war, your information is untrue, 100 thousand Brazilian troops fought in Italy against the Germans, the Mexican air force deployed 2 teams of combat planes to fight the Japanese in 1944 in Philippines. Not all the countries of Latin america were friends of the Americans or British; Argentina is an example because the government of Juan Domingo Pero was nationalist and fascist.

Latin america was like in the 16-18th centuries, a very important source of economical, natural , mineral , agricultural resources , important for the western economy and civilization and also for Japan and the axis powers. The civil war in Spain between fascists and leftist republicans had huge consequences in Latin america where politics and society was also divided between progressives and liberals and conservatives, rightist, fascists and clerical Catholics. Franco who won the Spanish civil war with the help of Mussolini and hitler had in the 1930s, 40s and 50s strong ties with the latinoamerican conservatives. Great Britain and France also had in those times strong presence in latinoamerica, strong presence in cultural, economical, social, political and philosophical areas, this presence is originated from the beginning of the colonization and exploration of the Americas by the Europeans in the 16 century.

The first colonies of Scotland or France were not in Asia, Africa or North America. The first settlement of Scottish people in the Americas was in the Darien area, very close to the Spanish settlement of Santa Maria del Darien, the first European settlement founded in the Americas. The French Huguenots or protestants of the 16th century founded colonies in Brazil very close to the Portuguese colonies of Brazil and the 2 European countries fought between them for the victory, France lost this world but France, Denmark, Netherlands and England had important colonies in Central-, South America and the Caribbean , very close to the Portuguese and the Spanish possessions of those empires in the new world and they have economical and cultural ties with them.

Great Britain in the 18 century made many tentative of invasion of the Spanish empire, the British lost the wars of invasion against the vice-royalties of New Granada (former Colombia, where they lost 20 thousand men, with participation of slaves and colonisrs of Virginia, Massachusetts and Jamaica, colonial militia and with the presence of the cousin of George Washington, under command of British admiral Vernon,) and the Rio de la Plata (former argentina and Uruguay, where the British troops under Beresford were defeated after capturing Buenos Aires and Montevideo by the Spaniards and Argentinians under command of the French trader Santiago Liniers). Also Britain helped in the independence wars of the criollos or white creoles (not confuse with the creoles black people, in rebellion against their Spanish fathers and brothers.

In the 19th century, 20 millions of Latino-Americans who fought in civil war against the Spanish colonization, 20 thousand British and Irish troops and many thousand of European Napoleonic wars veterans fought alongside the Latino-American Spanish whites creoles born in the Americas, against the Spaniards rulers and the Americans who were with them. Other whites criollos or creoles, blacks, mulattoes, indigenous and mestizos or mixed blood also divided and took different boundaries in those violent Latino-American or Hispano-American independence wars.

France also send a great expeditionary military force in the 1860s to Mexico with the purpose to establish and defend a conservative and catholic and Latin empire under the rule of Maximiliano of habsbourg against the Mexicans republicans liberals under the rule of Benito Juarez, a lawyer from indigenous race). A war that Suarez won with the help of the US and the people of Mexico.

Also the pirates of France and England attacked and robbed in the 16th and 17th century the Spanish and Portuguese possessions in central and south america and the Caribbean and the Pacific. In those centuries and the 18th century and the 19th century Spain also controlled areas of the actually usa, for example New Mexico, California, Texas, Florida , Colorado , Puerto Rico and also the Philippines, the Marianas, Guam and the Carolines in the pacific Ocean.

The presence and the close ties of German and Italian people in Latino-America also dates back from the 16 century when the Germans under the rule of the Welser and Fulgers bankers colonized and explored in the 16 century, Venezuela for the emperor of the Spanish empire, also emperor of the German-Roman catholic empre, Charles V of Habsbourg. The Italians and Germans and also the Japanese migrated by millions to Brazil, Uruguay, Chile , Mexico, Cuba like also did the Spanish, Portuguese, English, French and Dutch in the 16th-19th centuries. Not only to USA, Canada, South Africa or Australia. The Dutch or the Netherlands controlled in the 17th century the north east of Brazil and made many improvements in the culture and economics of these region.

Not the answer you're looking for? Browse other questions tagged world-war-two americas or ask your own question.

17
Did either of the World Wars involve South or Central America?

17
Did either of the World Wars involve South or Central America?
9
What factors led some South American governments to be sympathetic to Nazi war criminals?
22
Rape perpetrated by American soldiers during WWII?
7
What did Central America export in the early 20th century other than coffee and bananas?
3
When and why did tank crews cover their tank markings in WWII?
1
Native peoples of North and South America impressions of Europeans
10
Brown glass and WWII
1
Were American mortars better than Soviet ones during WWII?
4
Why did Nazis flee to South America?