What is the origin of Khans? Is there any link between South Asian Khans and the Mongols?

I live in India where lots of Muslims are Khans. I know about Genghis Khan who was not a Muslim but a Khan. So is their any relation between Khans like Genghis Khan (or Mongols) and current Khans?

Khan is an adopted surname, especially popular in Pakistan and parts of India. It literally means "Leader" in Turkic languages, and can be roughly translated to "King." Genghis Khan can be translated to King Genghis without too much quibbling, so think of the surname Khan to be similar to the English surname King (As in Martin Luther King, Jr.)

It came to the Indian subcontinent by way of Timur and the Timurid dynasty, who were Islamic - the surname Khan as a result has associations with Islamic ethnic identity in Pakistan and India (it's not a label, though - there are Sikh, Hindu and Christian folks with the surname Khan as well.)

An interesting starting point is the essay "The Story of the Khans" by Dr Satyakam Phukan - though not scholarly in itself, it does offer an accessible overview of the history of the name, and present avenues for further research.

RI Swamp Yankee has provided a good answer however I find some aspects lacking and some misinformation in the otherwise decent answer.

When talking about Mongols, one has to remember that later Khans of Ilkhanate and Golden horde converted to Islam and thus their trends and traits were absorbed into wider Islamic hegemony especially in their domains which included Central Asian states, Afghanistan, Persia etc. (Notably, during Mongol invasions, Muslims referred to them as Turks, not Mongols).

India was ruled by Turkic Muslim dynasties for centuries. It most certainly did not come to South Asia with Mughuls in 1526, as mistakenly suggested by SwampYankee. Qutb ud Din Aibak, Sultan of Delhi was a Cuman-Turkic slave who was the first Turkic lord of India with hundreds many to follow after him. He was crowned in 1193, almost two centuries before Timur was even born and 400 years before Babur Mughul founded mughul empire.

The word "Khan" was therefore used as an honorary title for example Emperor Akbar the great, granted that title to numerous of his Muslim and non-Muslim courtiers. It was bestowed upon notable nobles (Ashrafs or Ashrafia) and commoners (Awaam/Janta) in different forms.

Later the British Empire carried on the tradition and kept awarding such titles as "Khan bahadur", "Khan sahab".

Major difference between title and surname is that title is pronounced with a nasal N sound (Like the French Pronounce city of Caen, except that in this case C is not the hard K sound, but it is instead like the Russian X sound) while the name is pronounced like normal n sound.

If we look at how natives write the two in Urdu/Persian, the difference becomes very obvious.

To read further on Urdu Alphabets and their pronunciation, see this link.

Khan as ancestral surname by Foreign Nobles and Commoners

Then we hit the second aspect. Khan being used as surname rather than a title. Khan as a surname is usually used by people of Pashtun descent in South Asia and Afghanistan.

Pashtuns are supposed to be descendants of White Huns. Hun in its original pronunciation is Khun so one can assume that at some point it became Khan. Afghan rulers (Sometimes Turkic, sometimes Pashtun) frequently attacked and conquered Indian regions and many Afghans actually settled down in India for example the Lodhis, Roheilas, Ghurids etc. So we have their descendants carrying Khan as surname as well.

Then we have Afghan people from Khyber Pakhtunkhwa which was historically Afghan and is still inhabited by Afghan Pashtuns but was annexed into India by Sikh Empire. British Empire then engulfed it along with rest of Sikh Empire. Those Afghans also spread throughout British India until 1947 when the region joined Pakistan.

There is another theory that Khan is actually a distorted form of Jewish name Cohen but it is not very plausible because Pashto language is Indo-Iranian and implying that they have Semitic descent sounds illogical to me. One also has to bear in mind Afghanistan was also ruled by Mongol Ilkhanate so it might be that local populace picked it up from their Mongol overlords.

Khan as surname by native Indians

Then we have the third aspect. The new converts to Islam from indigenous Indians changed their names to Islamic names as profession of their new faith. Most added "Muhammad" to their names as prefix and some went to add "Khan" to their names as a suffix. Khan is not islamic in itself but it was associated with ruling class and military which was Persian/Turkic in origin and thus bore such names and titles. For example a guy named Muhammad Ali Khan won't be called Muhammad by his friends and family because that's not his name. Ali is his name and Khan is his surname.

As to is there a genetical relation between Mongol Khans and your khans, it is not entirely out of Question. With centuries of Turkic rule on India and Mongol rule on Afghanistan, it can only be expected that different races did mingle together. Even the royal family was not exempt of it. For example, see the following portrait of Emperor Babur, founder of Mughal Empire. You will notice, he has typical Mongol/Uzbek Turkic facial features: 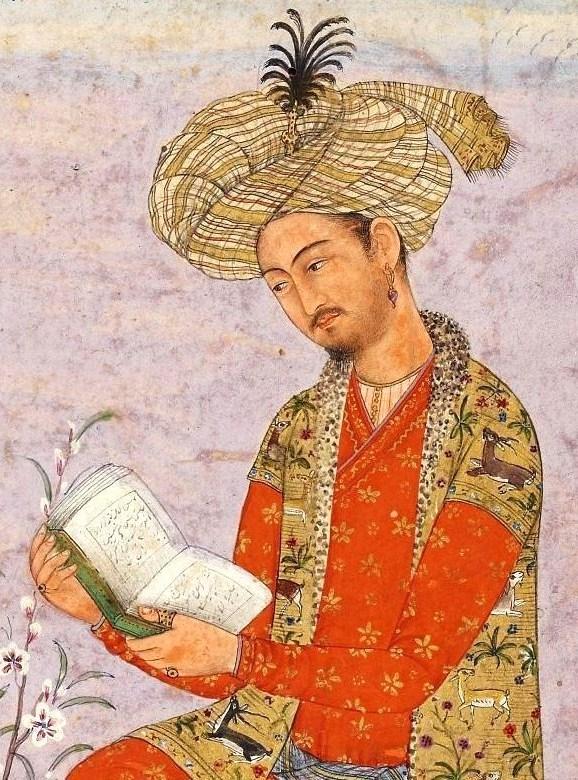 Then we have the last Emperor of India, Bahadur Shah Zafar II, a descendant of Babur some 3 centuries later. Notice that he has North-Indian/Indo-Aryan physical features: 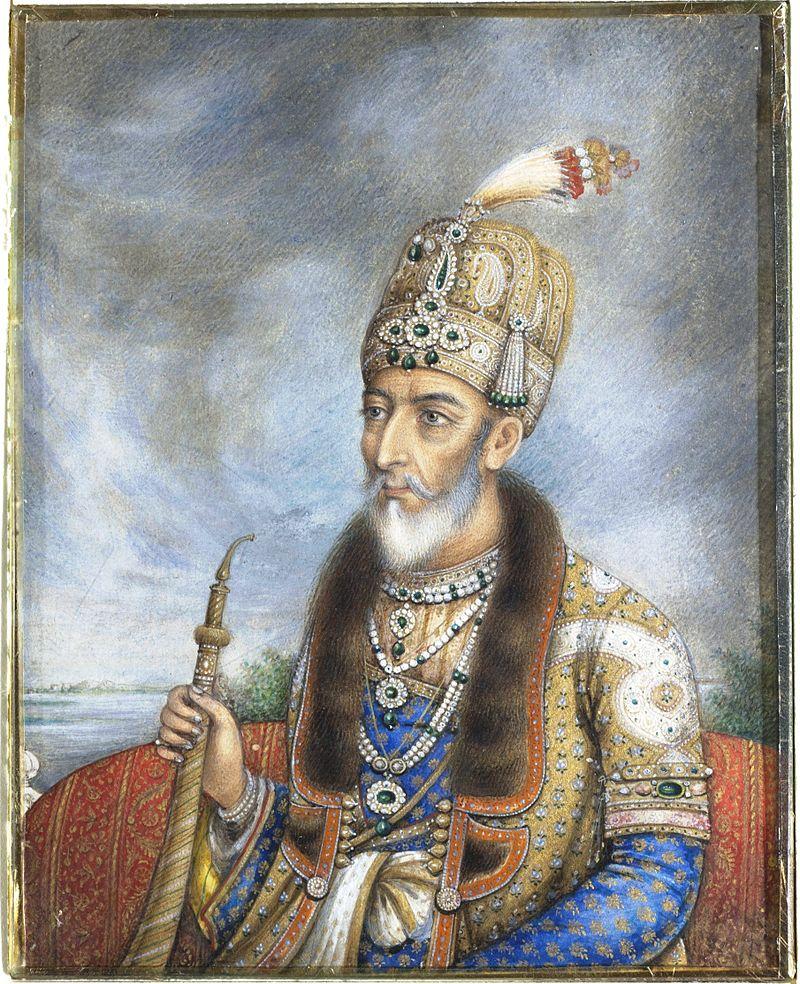 Some South Asian and Afghan communities notably Hazara are most closely related to original Turkic/Mongol warriors of the Steppe. Even their facial features haven't changed much and they speak a dialect of Persian (Which became lingua Franca of Turkic rulers and their courts). I believe that reason for their racial preservation is that being Shia, they did not inter-marry with sunni Pashtuns, Turks, Persians, Arabs and Indians. Therefore they were able to maintain their racial features. 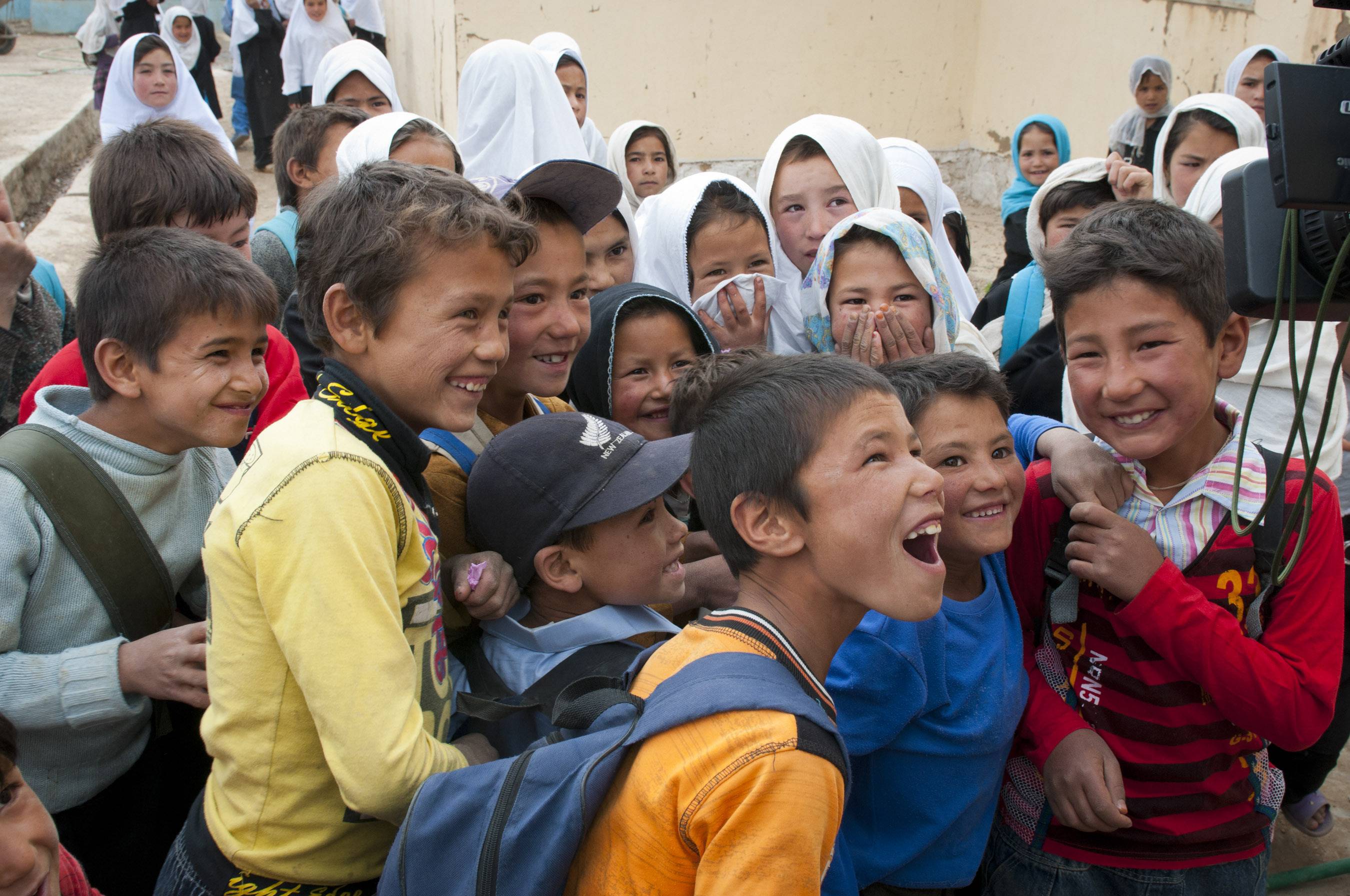 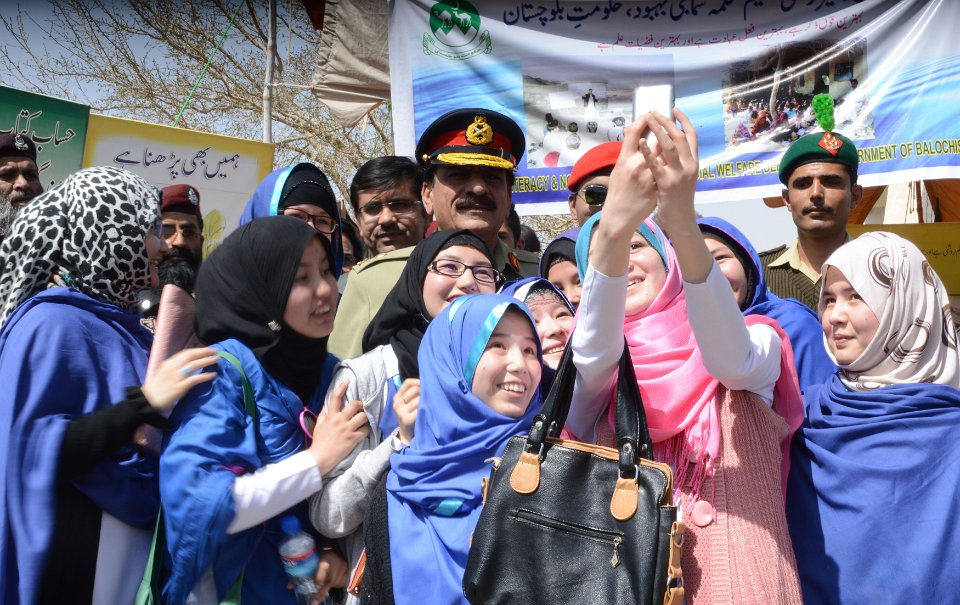 It must be noted that modern people who claim descent from Mughuls or other central Asian nobles in India do not use Khan as surname. They simply use Mughul or their tribe name. For example one of the most eminent Indian female writers, Ismat Chughtai uses her clan name as surname, which signifies descent from Chagatai Mongols.

Actually, what I learned in my college history class is that Babur, founder of the Mughal Empire, actually claimed that he was the descendant of Genghis Khan. This might be why Khan is a popular Muslim name. Descendants of Babur may have adapted their surname to Khan.

Not the answer you're looking for? Browse other questions tagged india islam south-asia genealogy or ask your own question.

14
Did Gandhi ever make a comment about Islam?
5
What evidence supports the claim that Shivaji's father was Muslim?
35
How kind were the Muslim occupations of North Africa?
8
Why didn't Pakistan try to wrest Kashmir from India in 1962 but tried to do so in 1965?
0
Were there any Muslims left in the Indian side of the Punjab after the 1947 riots?
3
Who was the first to conceive the "Two Nation Theory"?
1
What do these lines on the origins of Hindu/Muslim communal consciousness mean?