There's a place in Alberta called Fort Assiniboine. Today it's a small village, but in the days of the fur trade, it was a fort and trading post for the Hudson's Bay Company.

The Assiniboine people are an American Indian / First Nations tribe from the Great Plains, but all the maps I've seen of their territory don't come anywhere near Fort Assiniboine. 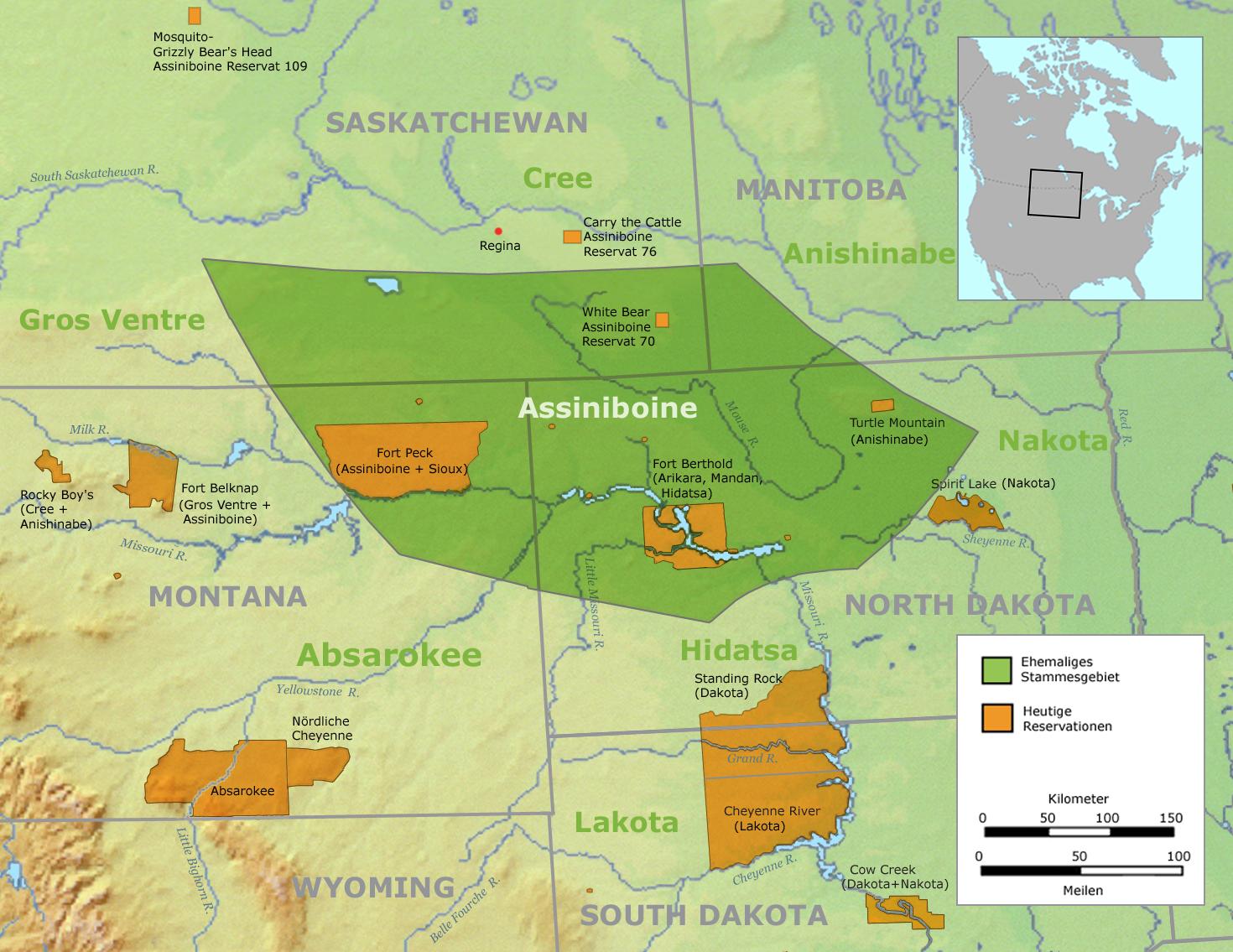 Did the Assiniboine live around the fort in Alberta that bears their name?

There are a lot of definition issues here:

With all the caveats explained above, Fort Assiniboine was founded in 1823 (under the name "Athabaska River House" -- the renaming occurred at some unspecified date around mid-19th century). At that time, the area was on the edge of the influence zone of a loose group of tribes who, by the European classifications used at that time, were designated as "Assiniboine". Their vast "territory", stretching from modern Alberta to North Dakota, was considered to be under their control because they were the groups that traders dealt with; but at their demographic height they were only 10000 or so, which illustrates the limits of the concepts of control and territory.

According to the wikipedia entry in the question, there are some Assiniboines living in Alberta as well.

After a fair bit more digging, I found that there's a closely related group that is either an isolated set of bands of Assiniboines or separate tribal group, depending on who you ask. Their languages, while still Siouxan, do not appear to be mutually-intelligable with other Assiniboines. Wikipedia has them under Nakoda (Stoney). They do in fact hail from central Alberta. 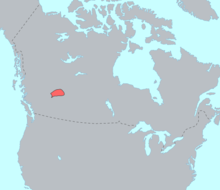 Many bands of Stoney go by alternate names that include "Assiniboine". For example, the mountain bands are sometimes referred to as "Strong Wood" or "Thickwood" Assiniboine. Their present-day reservation is in Alberta about halfway between Calgary and Banff, which is today only about a 6 hour drive south of Ft. Assiniboine.

Not the answer you're looking for? Browse other questions tagged native-americans fur-trade or ask your own question.

20
Why did the Native American city of Cahokia die out?
9
Did the US government officially apologize for Indian Removal Act and Native American Indian genocide?
8
Why did Ancient Pueblo peoples build their homes in cliffs?
6
Which native groups were hostile to the fur trade in North America?
4
What type of defenses did the Pequot use at their fort?
3
How did Americans know to use smallpox infected blankets, before germ theory?
1
Around 1750, How many Native Americans (if any) spent the winter in the Keweenaw Peninsula, Michigan?
4
What were the dominant Native American cultures in Eastern Canada and New England in the late 900s?
5
What major Native American tribes were around Santa Fe during the late 1850s?