How did people have access to ice in warm areas before the industrial revolution?

In some cases, before the industrial revolution, nobles and other elites had access to ice in regions where it wasn't naturally available.

How could they get it?

Was it simply transported in big blocks from glaciers to towns and kept (possibly underground) and used quickly? Or were they actually capable of producing ice through some process?

Wikipedia has a video which shows pretty much every aspect.
Firstly the ice was cut from mountains or frozen lakes.

Then it was transported to its destination. Obviously there is a risk of melting during transportation. So there was some sort of insulation like straw or the ice was kept cool by putting snow on it.

At the destination there was a "Ice House" or a "Ice cellar". 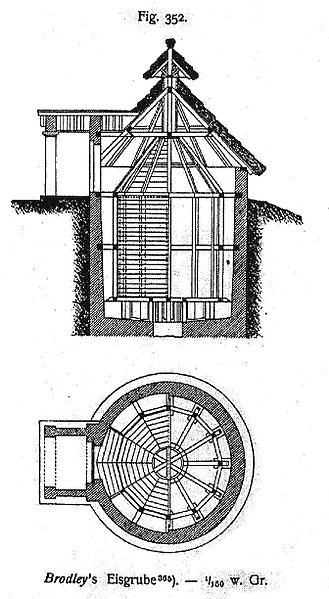 So a underground storage. (The German Wikipedia is quite extensive on the technical stuff if you care about that)

There are reports of Ice Houses existing in Mesopotamia in 1780BC! Those were houses with thick walls to block heat. (Again German Wikipedia has quite some detail on the technical stuff)

To prevent the thermal heat from melting the ice the floor wasn't on the ground but in the air. The space between was covered with insulating material (Straw, Torf, sawdust...)

Both types of storage had somethings in common for example:

Never mind pre-Industrial Revolution. As late as 1910 and 1920 the most efficient way for most people in Toronto and Hamilton to get ice in the summer was for it to be harvested off of Hamilton Harbour (aka Burlington Bay) in the winter and stored in Niagara Escarpmnt cliffs. 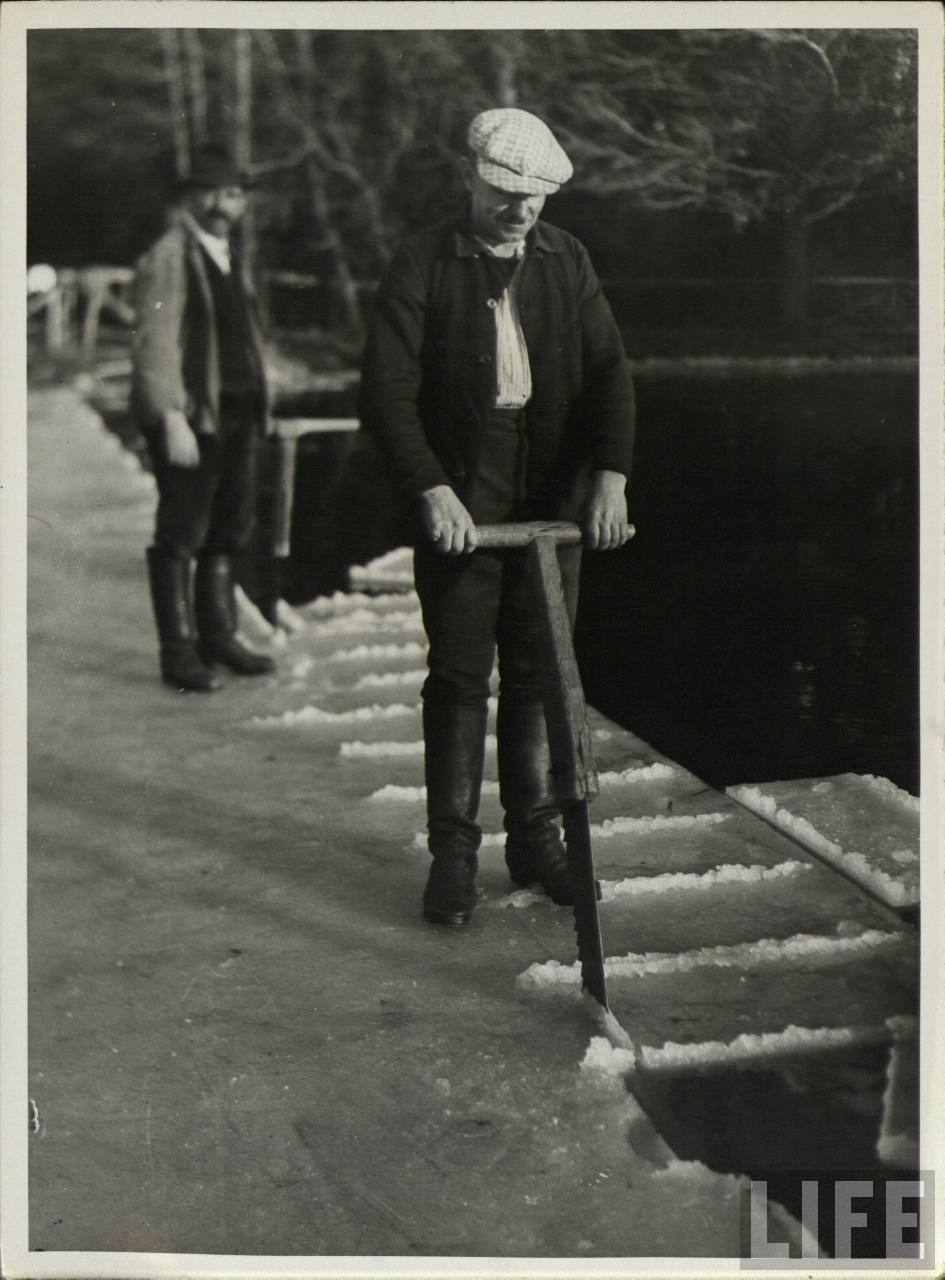 Canada in the early 20th century may not have been an industrial powerhouse compared to its southern neighbour, but neither was it a backwater.

This worked pretty much as illustrated in the early scenes of the movie Frozen, it's fairy-tale setting not withstanding.

Also check out the history of ice cream, which long pre-dates the invention of electric freezers:

In the Persian Empire, people would pour grape-juice concentrate over snow, in a bowl, and eat this as a treat. This was done primarily when the weather was hot, using snow saved in the cool-keeping underground chambers known as "yakhchal", or taken from snowfall that remained at the top of mountains by the summer capital Ecbatana. In 400 BC, the Persians went further and invented a special chilled food, made of rose water and vermicelli, which was served to royalty during summers.5 The ice was mixed with saffron, fruits, and various other flavours.
...
Ice cream became popular and inexpensive in England in the mid-nineteenth century, due to the efforts of a Swiss emigre Carlo Gatti. He set up the first stall outside Charing Cross station in 1851, selling scoops of ice cream in shells for one penny to the public; previously, ice cream was an expensive treat confined to rich people with access to an ice house.

Not the answer you're looking for? Browse other questions tagged middle-ages everyday-life classical-antiquity or ask your own question.