What was the estimated population of the Mississippi Valley before contact with European?

When we in the United States think of the most populous New World societies existing in 1492, only those of the Aztecs and the Incas tend to come to our minds. We forget that North America also supported populous Indian societies in the most logical place, the Mississippi Valley, which contains some of our best farmland today.

And how did historians come to conclude the number?

That passage is based on the works of Henry F. Dobyns. In his 1983 book, Dobyns advocated for a 18 million strong pre-contact population in North America. Specifically, he gave an estimate of 5,250,000 people living in the Mississippi River valleys. This, according to Dobyns, amounted to a population density of 2.53 per km2.

Horcicultural peoples estimated to include 5,250,000 individuals lived there, averaging 2.53 persons per km2.

Dobyns arrived at his estimates by working from later figures, settlement sizes, epidemic losses and estimates of food production levels. A core idea behind these numbers is the theory that population expands to the maximum the environment can support. But the results are widely criticised.

Many scholars consider Dobyns's methodology based on the carrying capacity of the environment to be flawed and his population estimate to be far too high.

In contrast, Douglas H. Ubelaker in 1976 estimated a pre-contact population of about half a million in the Gulf of Mexico. Note that he used the geographic classification of Mooney, so the figure is not for an area identical to Dobyn's Mississippi River Valley. Nevertheless this gives you an idea of the huge disparity between these two sources.

Another estimate for the Southeast is that of Charles Hudson, who also criticised the steep decline population decline presented by Dobyns. Working backwords from Peter Wood's late 17th century figures, Hudson tentatively calculates a 1,294,000 pre-contact population.

Wikipedia has this map for the area occupied by the Middle Mississippian and Plaquemine cultures. These two were primarily centred on the Mississippi embayment: 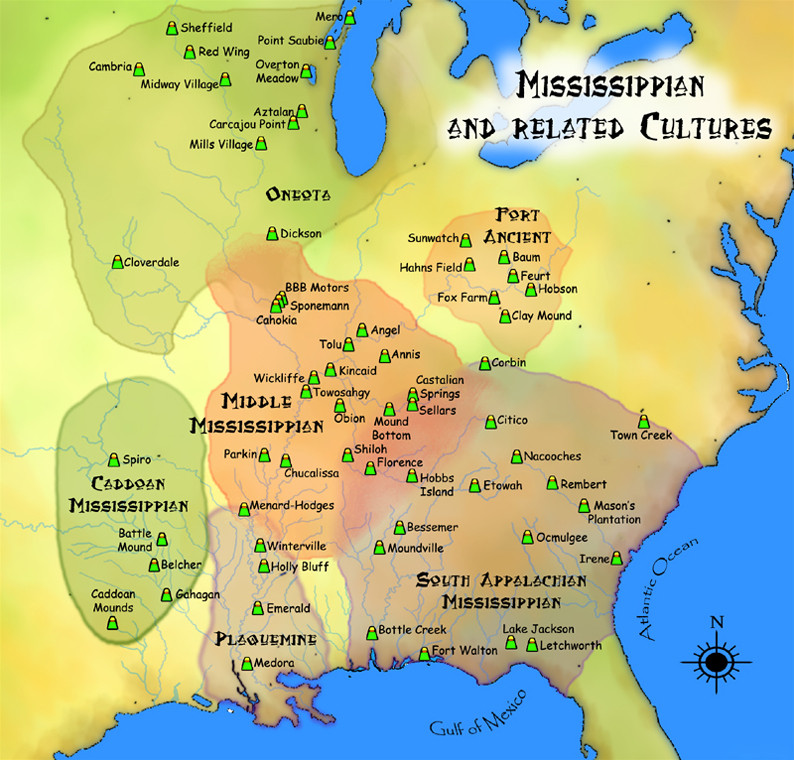 For an idea of where Dobyns lands on the spectrum of North American Indian population estimates, see the following chart: 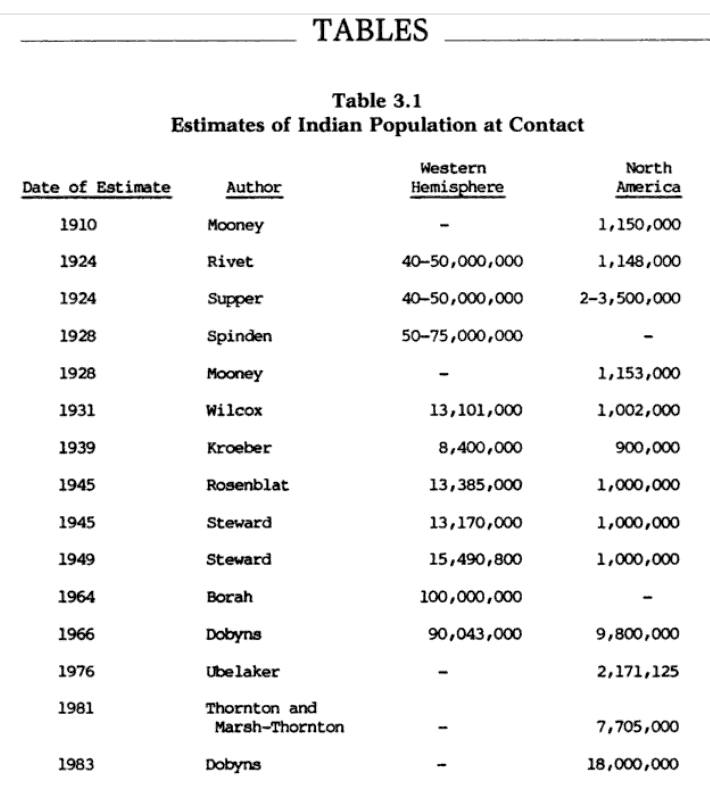 Not the answer you're looking for? Browse other questions tagged united-states native-americans north-america americas demography or ask your own question.

5
Where can one study the movements of the natives of North America prior to European contact
21
What was the relatively most populous city in history?
21
Before the Land Bridge Theory, how was human presence in the Americas explained?
6
What percentage of the population in the Thirteen Colonies in 1776 were first/second generation immigrants?
1
What caused the rapid African population growth in the last decades?
7
What was the ratio of French to English speakers in Upper Canada before and after the American Revolution?
18
What were the indigenous populations of California before American settlement began to peak?
2
What Was the US Debt-To-GDP Before Jackson Was President
0
Where can I find a reliable source for the U.S. national population estimated since 1790?
25
Was there a European response to the trail of tears?