What type of defenses did the Pequot use at their fort?

During the Pequot War (1634-1638), the Pequot built a fort near modern Mystic, Connecticut. This fort was overrun by the English settlers in 1637 who massacred most of the inhabitants.

What type of defenses did the Pequot fort have? (Stone walls, ramparts, ditches, wooden palisades, archers on towers, gatehouses, etc.)

The fort is depicted on this engraving: 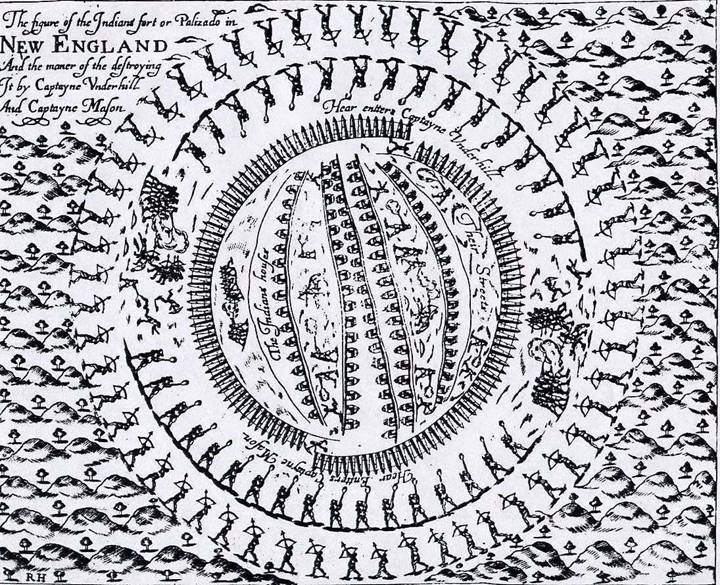 (found on this page). The engraving was done by an actual witness of the events and the details are probably accurate. The defences would then consist in a wooden palisade, with two entrances. A modern rendering based on that engraving looks like this: 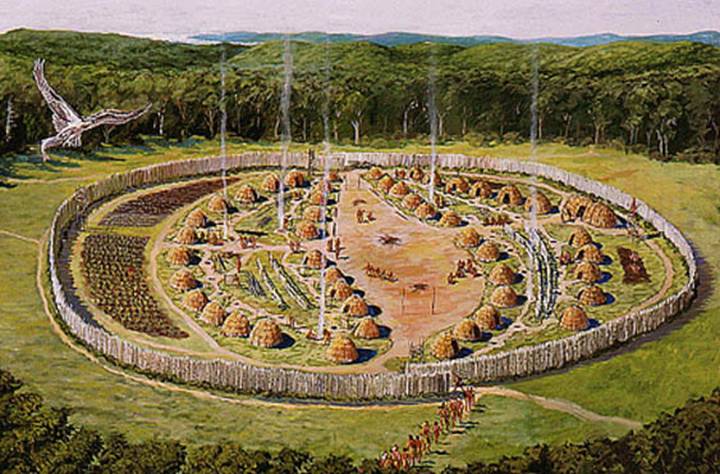 So no ditch, tower, stone or any other similar construction. Note, though, the way the palisade walls "overlap" on the entrances, making them narrow and preventing a marksman from shooting into the village from the outside.

Constructions meant to provide elevated places for sharpshooters were apparently not used before being introduced by Europeans (along with firearms), the archetypal example being the one built by Samuel de Champlain to help in the attack of an Iroquois village.

Not the answer you're looking for? Browse other questions tagged military 17th-century native-americans or ask your own question.

3
Did the Assiniboine live around Fort Assiniboine (Canada)?
3
How did Americans know to use smallpox infected blankets, before germ theory?
2
What form of cookware did Inuits use in the old days?
8
Pre-columbus, what tools did Native Americans use to shave their heads and faces?
9
What type of military uniform is this?
2
What kind of AA defenses did the US East Coast have around the time of Paukenschlag?
21
What type of plane is this wreck?
3
What would have been the signal that Pontiac would have given to attack in Fort Detroit?
1
What made Fort Donelson particularly vulnerable to capture?
1
What were the manpower and gunnery levels of the seven gunboats that assisted Grant at Fort Donelson?