Do Real Roman and Greek warriors have big muscles and six-pack abs like in the movie?

When watching movies like Spartacus (2004), Gladiator (2000), etc, I often see Roman or Greek warriors have a lot of big muscles and six-pack abs.

What about real Roman and Greek warriors in real life?

Do they also have big muscles and six-pack abs like in the movie?

Yes and No. They did not have six-packs. They were endurance-builders, not body-builders. As a result, they were quite muscular, but they also had a good chunk of fat too. The reason they had this extra fat was because it could protect a little better.

Romans knew that being overweight was unhealthy. In battle, the extra fat could help prevent major bleeding when being injured, but having too much fat could slow them down.

The reason Gladiators gained an extra bit of "flab" was because Gladiators had high-calorie diets. Mainly consisting of foods with lots of protein and calcium, even some vile brews of charred wood or bone ash[1] because it is rich in calcium. Their diet also contained a lot of grains.

Another advantage of having the extra layer of fat for Gladiators was that they could take an injury and make it look bloody and fatal, while in fact it is hitting the fat, so it is not damaging any vital organs.

A cemetery was found that contained 70 roman gladiators.
Scientists have have concluded that their diet had been mostly barley, beans, dried fruit, and were probably extremely strong but fat.[2]

It is also true that many ancient Roman statues depicted six-pack abs, and it is also true that it was definitely considered attractive. A lot of these times they only portrayed the Roman soldier in the best light. During that time, if someone paid you to do a sculpture of them-self, then why would he want that extra bit of fat when he could have a six-pack!

It's worth noting that, while Greek and Roman soldiers wouldn't look like the characters in those movies, six-packs and large muscles were definitely in existence back then, and were considered as attractive (and as rare) as they are today. Just look at any number of statues of heroes and gods from the period, and you'll see the familiar musculature of a modern actor or model: 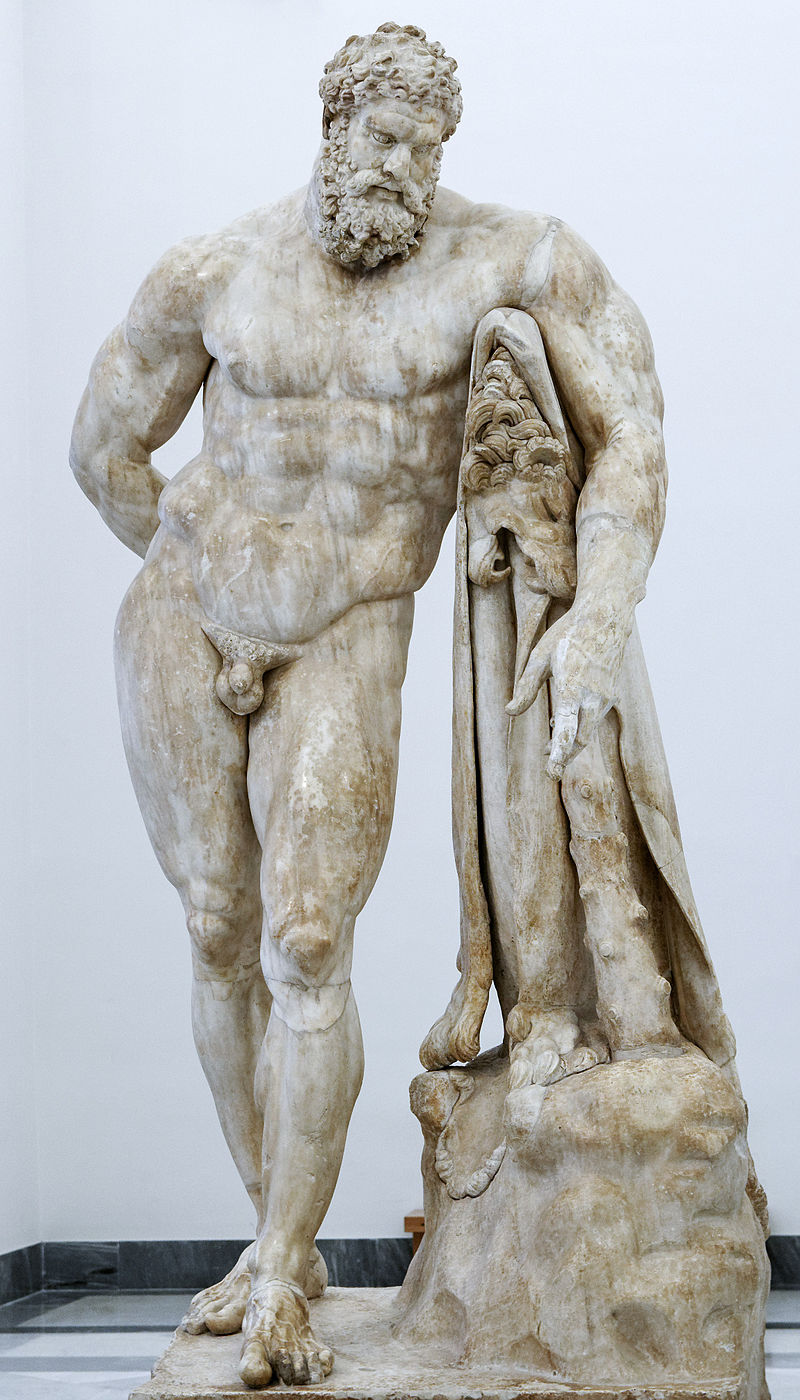 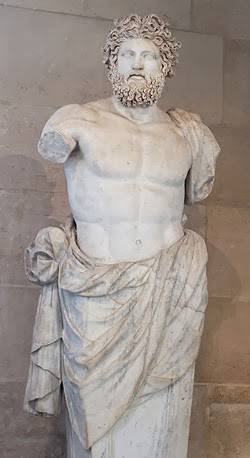 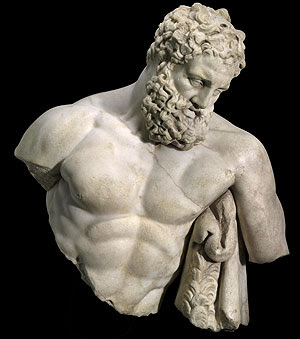 These masculine forms were still a little bit bulkier than today's styles would prefer (look up some Abercrombe ads and you'll see mostly longer, thinner torsos), but such is the nature of fashion.

The main thing to consider here is practicality: the Captain America physique takes a LOT of training and effort to maintain, without actually giving that many benefits above similar levels of strength but with slightly higher body fat percentages. It looks great on camera, but few professional soldiers are going to want to put in the extra effort to get there for no reason.

Go to any real army base, firestation, or construction site today, and you'll see basically the same thing: a few guys who go all-out to look perfect, and the rest who are very strong but with less chiseled definition due to their higher body fat ratios. (It's worth noting that word "chiseled" to indicate highly defined muscles, and its connection to chiseling a statue.) I've seen soldiers who looked straight-up fat, but who could seriously throw down because they were still incredibly strong under the top layer.

The actors in those movies are essentially male models, and their workout regimen is aimed at making them look fantastic. The ancients had the same impulse for their statues and artwork. But the next time you see an image of real soldiers with their shirts off, whether they're from World War 2 or Vietnam or Afghanistan or Iraq, you'll be getting a better glimpse at what soldiers throughout the ages have looked like: strong, powerful, well-maintained, but also (hopefully) a little more well-fed.

A different take, one going from where the soldiers came from:

Initially, the Roman army was made up mostly of farmers with no long military training. Go look at farm hands in any "primitive" society today (meaning a farm without major mechanisation) to see what such guys look like.
No "six pack", which is pretty much a late 20th century US beauty ideal and little else, but muscular and strong overall.

Later, as the cities grew, the army became more professional and city dwellers would be entered into the ranks as well who'd need training to come up to that standard of physical fitness.
But such would be practical training (sword and bow training, chopping wood and maybe cutting stone), not "modern" bodybuilding stuff and mindless weight lifting.

I'm not so sure about them deliberately putting on some fat, though their diet might lead to it as a side effect, a diet designed to give them the endurance for day long marches for several days or even weeks in a row, carrying a heavy pack. But the marches themselves would burn away that fat as fast as it accumulated.

Well, try it out: 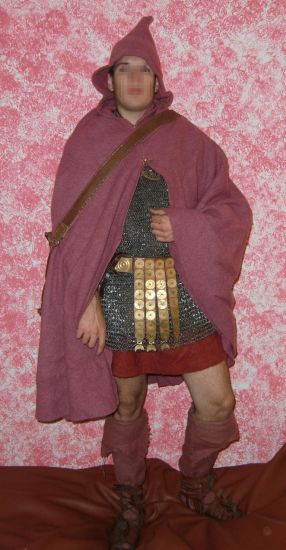 Equipment of a Roman Soldier:

Do not forget the shield (scutum) ... 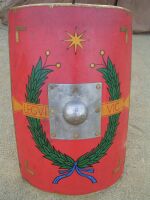 and a throwing spear (pilum) 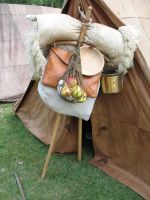 All in all a typical Roman soldier carried

Put this on. Uh, no, you are not simply standing there. You need to move. The normal distance for a Roman soldier during a day was 30 km (19 mi). And when the day ends, well, you need a fortress: 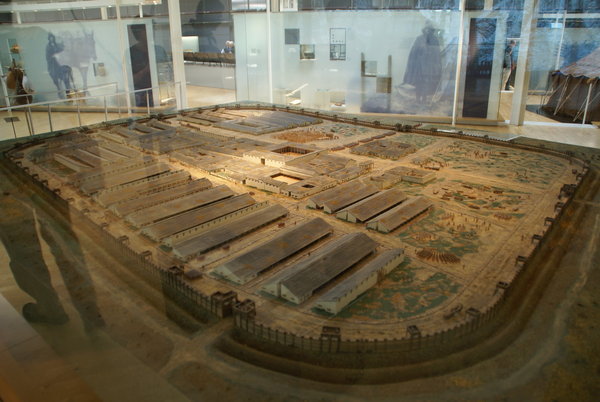 But here is no fortress ! Yes, exactly, because you are building it. Every night.

The Greek warriors, the hoplites, carried a bronze armor:

Estimated weight: 32 kg or 70.5 pounds. A little bit heavier than the Roman equipment.

So, what do you think ? Were Roman and Greek warriors strong ?

29
What is the evidence to claim that political order in ancient Rome was sufficiently different under “kingdom”, “republic” and “empire”?
5
Was Marcus Marcellus faced with Viridomarus or Britomartus?
45
Did Roman troops suffer from PTSD?
9
What jobs were available for migrants from the country to Rome?
20
How did Christianity replace Roman Paganism and other ancient religions?
11
Is there any historicity to the concept of Ghost Fences / Walls?
2
A magic system at least partially based on the real-world cultural history of magic?
32
Did ancient Romans anticipate the fall of Rome?