Can you identify the ship in this picture? 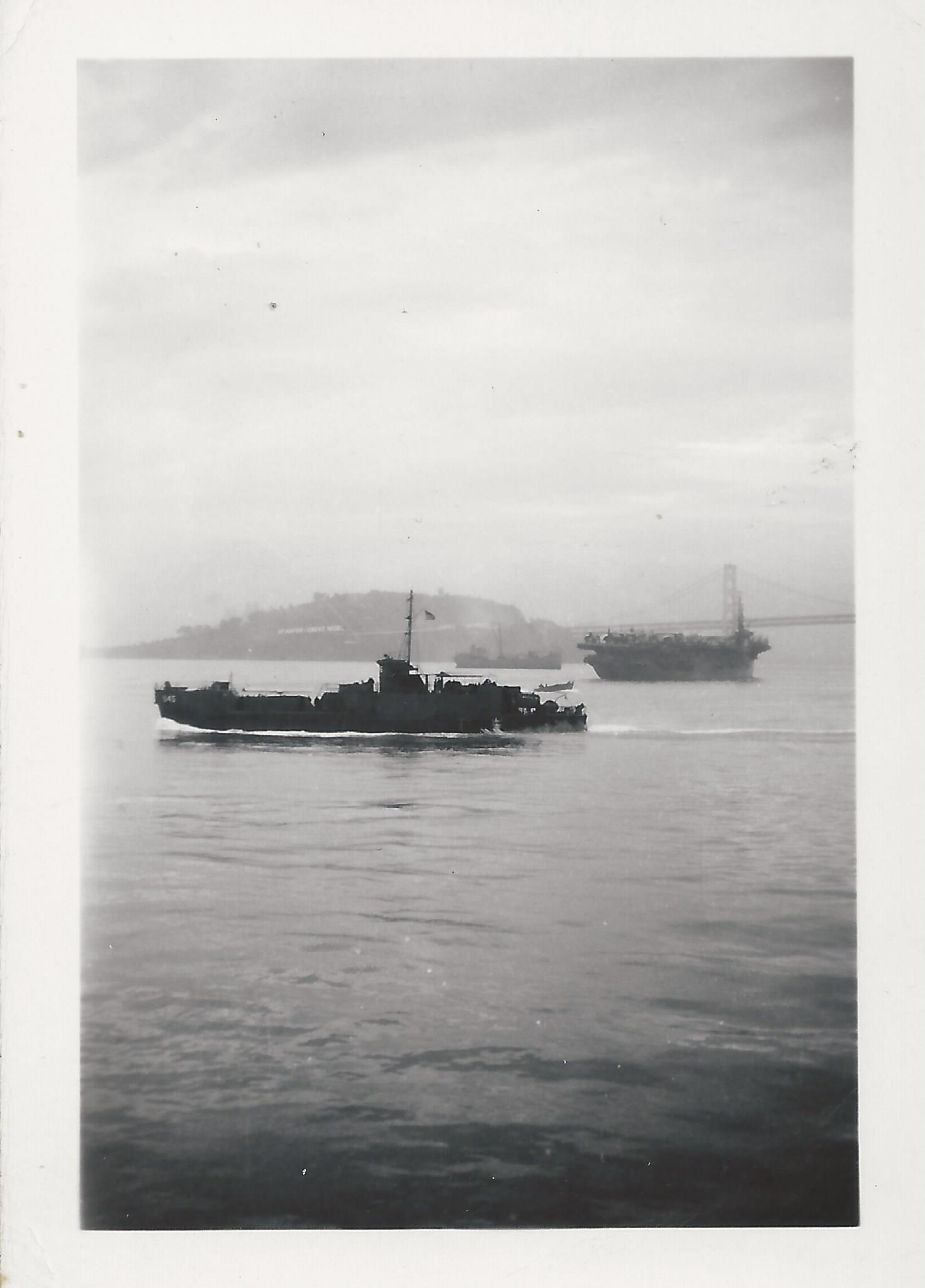 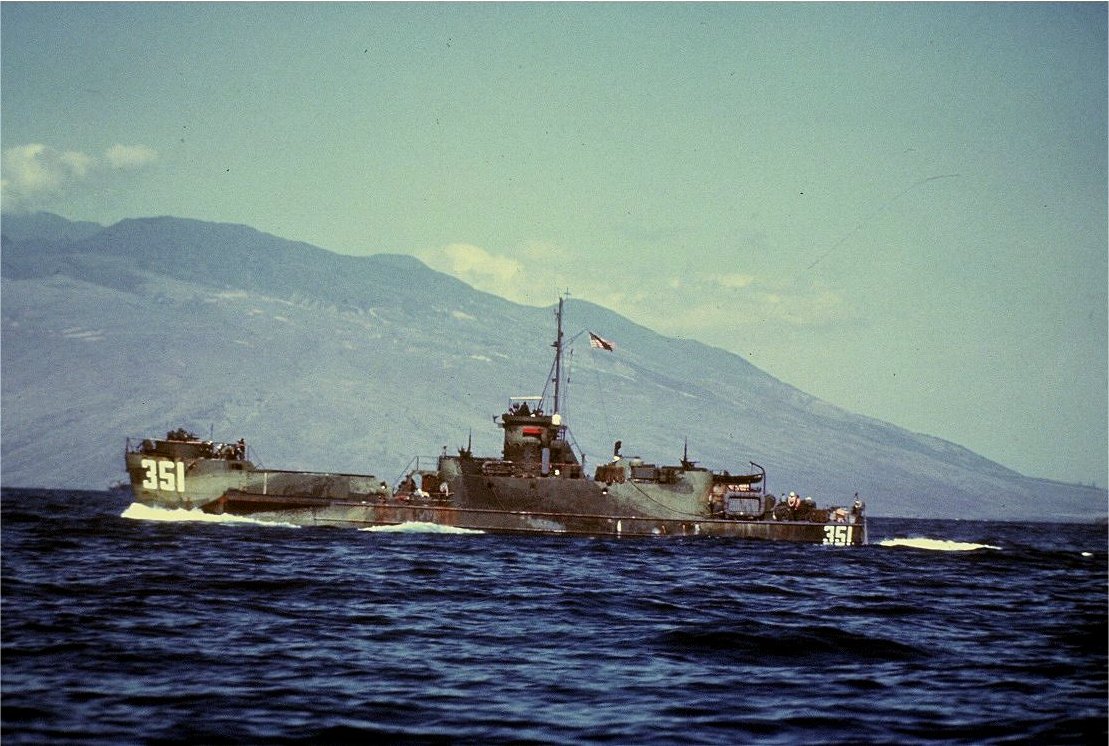 The bridge looks like the Golden Gate, but the only angle that would be right for that shot would make the island Alcatraz and I'm thinking that the buildings would be visible from that angle.

EDIT: After taking another scan around the San Francisco bay, it is possible that the photo was taken from the Mile Rocks lighthouse from roughly this direction, catching only the north tower of the bridge and zooming in on the departing ships:

UPDATE: I was totally wrong on the picture location. @AndyW correctly pointed out in his answer (and received my much deserved up vote) that this is the San Francisco Bay Bridge and Yerba Buena Island. Here's the same shot from Google Maps Street View.

It is USS LSIL-545. It got two battle commendations. Here is that baby in action in New Guinea (what a hell hole): 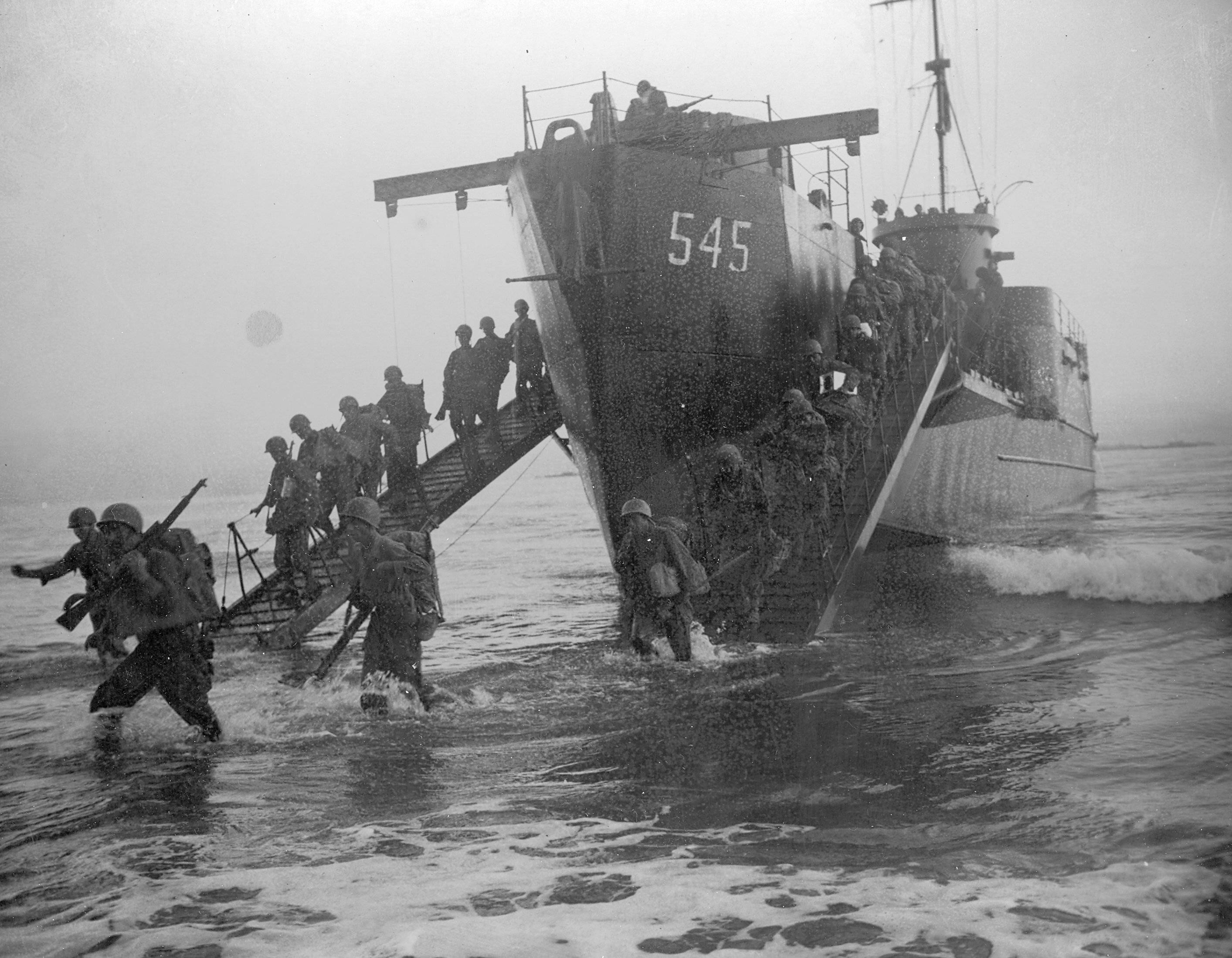 The New Guinea campaign was complete hell. During wartime censorship (what First Ammendment?) Roosevelt permitted photographs of dead soldiers for the first time from this campaign (notice landing craft in the background): 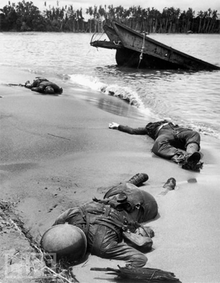 hth, maybe someone remembers it.

Not the answer you're looking for? Browse other questions tagged military identification or ask your own question.