Where is the Nemesis?

Where is the Nemesis today? Is it simply 'lost at sea', at a museum somewhere, or more likely (as it was an EIC vessel), was it sold for scrap?

I did a brief search (of the web), but couldnt find it. I would very much like to find it!

Because everyone likes visual stimulation: 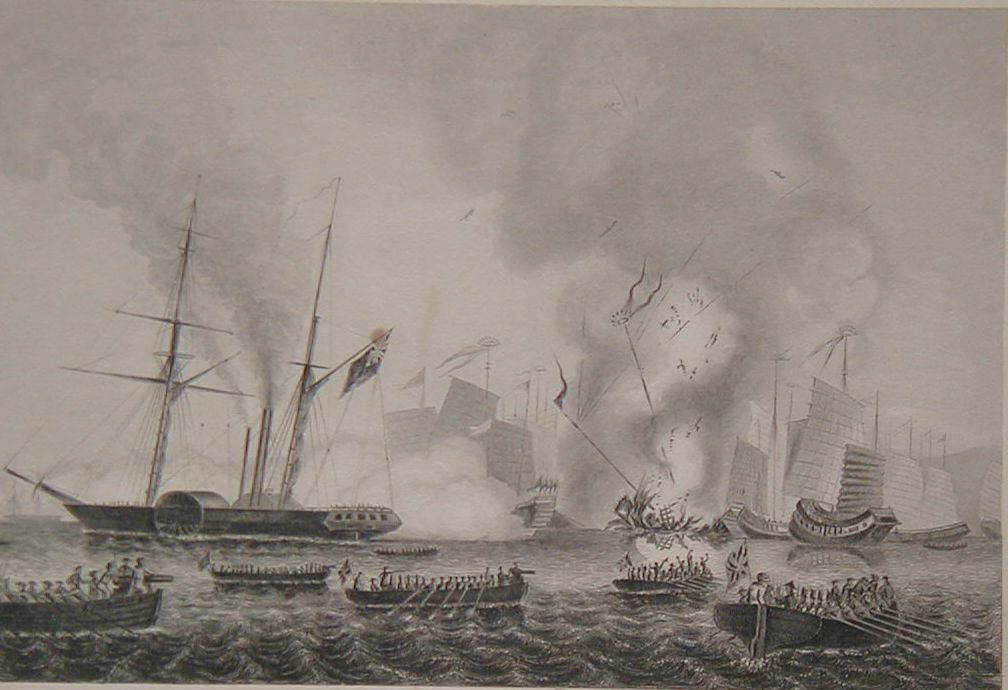 It would appear that some of the confusion about the fate of the Nemesis is due to the naval tradition of naming new vessels in honour of their famous predecessors. In this case, when the famous Nemesis was taken out of service at the end of February 1855, her engines were placed into the hull of a new troop boat which took her name too.

The original Nemesis was scheduled to be dismantled, however,

...her hull was saved: later that year the annual report mentions the expenditure of 5,140 rupees on "Hulk Nemesis partly for accomodation of Harbour Master's assistants." And so she ended her days, a hulk on the banks of the Hooghly River, her engines beating in another hull.

Nemesis was sold in 1852, and I would presume (but can't confirm) that it was sold for scrap. I can't locate any indications that it was ever re-registered though.

Edward Cecil Rose is recorded as being engaged on the Nemesis on 4 Mar 1865 before being drowned at sea on 15 Apr 1865. Whether this was the same ship or another with the same name is not known. He was a merchant seasman with his Second Mate's certificate

The Nemesis was apparently involved in the Opium Wars and other small Asian wars for at least 10-15 years from 1840.

Here I did see a news article from Australia about a ship named Nemesis sinking.

SUPPOSED TO HAVE FOUNDERED.

OFF PORT HACKING ON SATURDAY.

The worst fears, entertained by old sea salts that a shipping disaster on our coast would be associated with the late terrific tempest have unfortunately been realised. The Nemesis, a well-known passenger and cargo steamship belonging to the fleet of Messrs. Huddart, Parker, and Co. Proprie- tary, Limited, is missing, and there is lit- tle room for doubt that she foundered with all hands.

This is from 1904 and probably is from another ship entirely, as the ship would be 60 years old. But on the other hand, a warship might be sold out of service and used for a long time in private hands.

My last research did throw up mention of Nemesis being scrapped in Bombay 1856 or '57, but i cant remember where i read that.

Phlegethon was surely done for at around the same time, but it's very frustrating that such a lack of detail exists. Someone is gonna have to go to India and dig deep in the archives.

Not the answer you're looking for? Browse other questions tagged 19th-century british-empire naval trade drugs or ask your own question.

25
When and where was salt as valuable as gold?
6
Were there opium dens in Russia during the 19th century?
2
What was traded on the Chicago Board of Trade in the mid 1800s?
24
How did the British Navy pass orders to its fleet before radio?
11
When did the last (non-tourist) commercial stagecoach line run in the USA?
36
Has there been a naval battle where a boarding attempt backfired?