Division of Rome and Its Eventual Decline

What was the effect of dividing Rome into three separate administrative states around 44BC? How did this contribute to the fall of the empire?

The division of Rome by the second triumvirate was into more than the three parts assigned to Octavian, Antony and Lepidus. For example, all of Italy was assigned to the Senate as you can see in the following map: 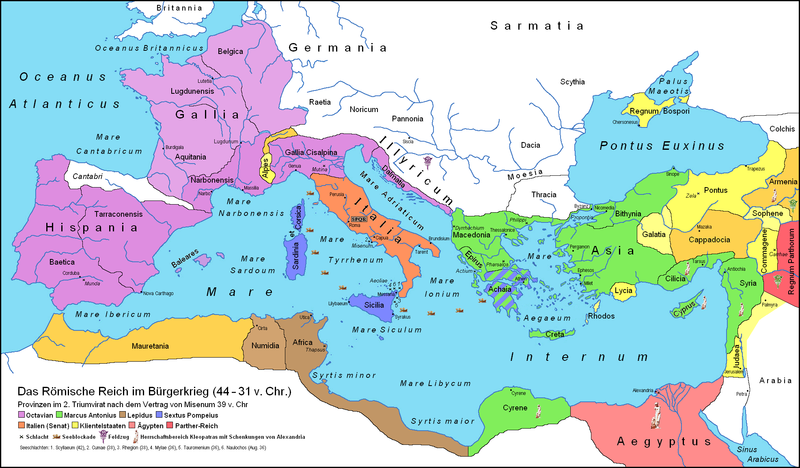 There was no specific results of this tending towards the "fall" of the empire. In fact, the empire grew for another 200 years after this. The main change it presaged was turning the empire into the personal fiefdom of dictators, as opposed to being composed of praefectures controlled by governors appointed by the senate, which it had been under the republic.

The division of the triumvirs also set the pattern for the division of the empire under the emperors starting with Octavian, which was to divide it into four parts: Gaul, Italy, Illyricum (Dacia, Macedonia and Greece), and the East.