At the height of the Cold War, total extermination was considered a possibility. In which case any beloved domestic pets like dogs and cats would presumably die unless included in the civilian bunker with the family. 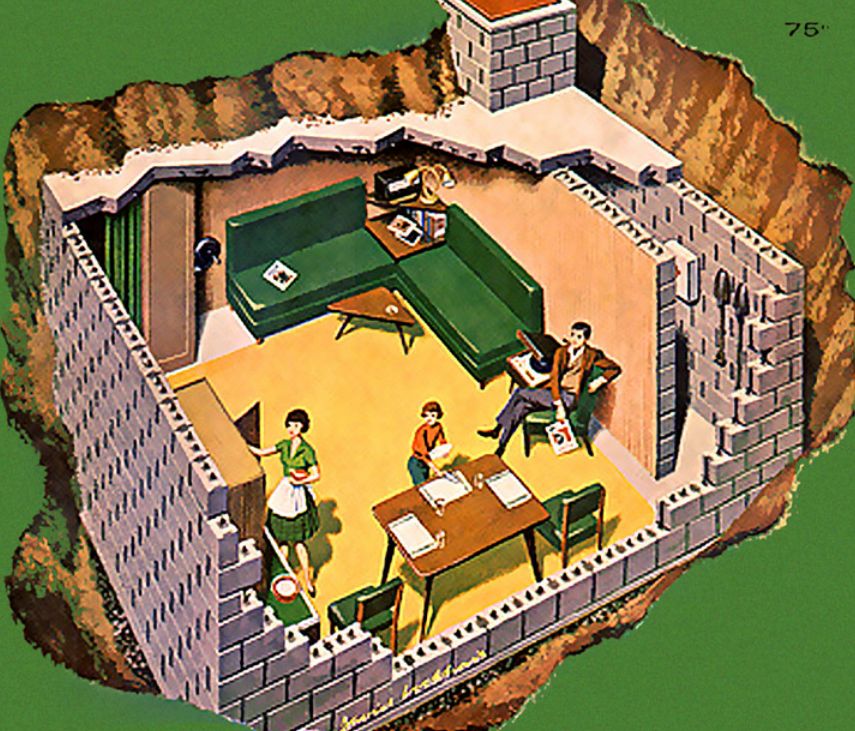 Do we know from any sources if pets were accommodated for in US, European or USSR fallout shelters?

Well at least there is social commentary in the form of cartoons. St. Louis Post-Dispatch cartoonist Bill Mauldin drew a cartoon of a dog with its own personal fallout shelter, which was widely reprinted.

On the fallout shelter debate Mauldin observed, “The government provided plans for do-it-yourselfers, and speculators got rich selling family-size sections of sawed-off highway drainage pipe. Even pets were provided for in the mass interment program.” From Bill Mauldin, "I’ve Decided I Want My Seat Back" (New York: Harper and Row, 1965).

On farm animals: U.S. Department of Agriculture, Bunker-Type Fallout Shelter for Beef Cattle, Miscellaneous Publication no. 947 (Washington, D.C.: GPO, 1964). This government publication notes that “this shelter provides low-cost and adequate radiation protection for unattended farm animals. Although designed primarily for beef cattle, the shelter could be modified for use by sheep, hogs, or poultry.”

Source- One Nation Underground: The Fallout Shelter in American Culture

Here in the UK, a network of bunkers were built and maintained into the 1990's - mostly by the MOD.

Unfortunately for us plebs, the vast majority of these bunkers were not intended for use by the general public. Instead the bunkers were intended to be used by local council members, police chiefs, government ministers, military personnel and, of course, the Royal Family.

More impressive were about 30 huge regional bunkers, each capable of sheltering hundreds of people. Here it was hoped that key MPs, police chiefs and other VIPs would be able to retreat to begin the task of fighting back and rebuilding the country. - Express.co.uk

That isn't to say that a number of ordinary people wouldn't have been able to gain access to these regional bunkers in case of attack, the largest had room for 6,000 people, but the vast majority of us would have been left to fend for ourselves.

A series of leaflets, radio broadcasts and public information films were circulated throughout the 1970's and 1980's called "Protect and Survive". These instructed the general public on what steps to take should the UK have been attacked. 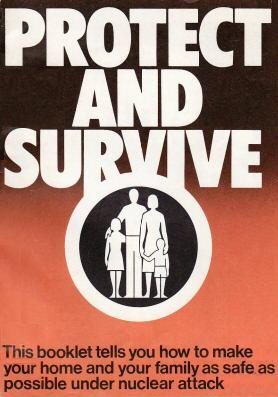 Examples can be seen all over the web with a simple google search, but the advice included building shelters using cushions, and closing windows. Steps that would have given you something to do, but not have provided any long, or most likely short, term protection.

Seeing as, for the most part, the general population was expected to basically fend for itself until the regional control centres could begin to enact the various plans (that are likely still classified) it seems unlikely that pets were accounted for at all.

Not the answer you're looking for? Browse other questions tagged cold-war social-history animals or ask your own question.

5
To what extent was the Cold War caused by post World War 2 economics?
2
Did the cold war affect the development of the internet?
3
How did Yugoslavia economically survive the Cold War
11
What documented criteria (if any) did the CIA use to determine targets for political assassination during the Cold War?
8
Did one or both sides of the cold war plan to strategically attack the others' food production?
3
Did USSR ever consider invading West Germany during the Cold War seriously?
0
Cold War proxy countries views on nationalism or decolonization?
32
Were Russians in the cold war era USA discriminated against for their ethnicity?