Identifying a ship in Sydney Harbour

I am trying to identify the ship in this picture in order to date the photograph. The writing on the back says it is "Aquatania" (sic) but when I search for that name on the internet the Aquitania has four funnels and this one only has two. 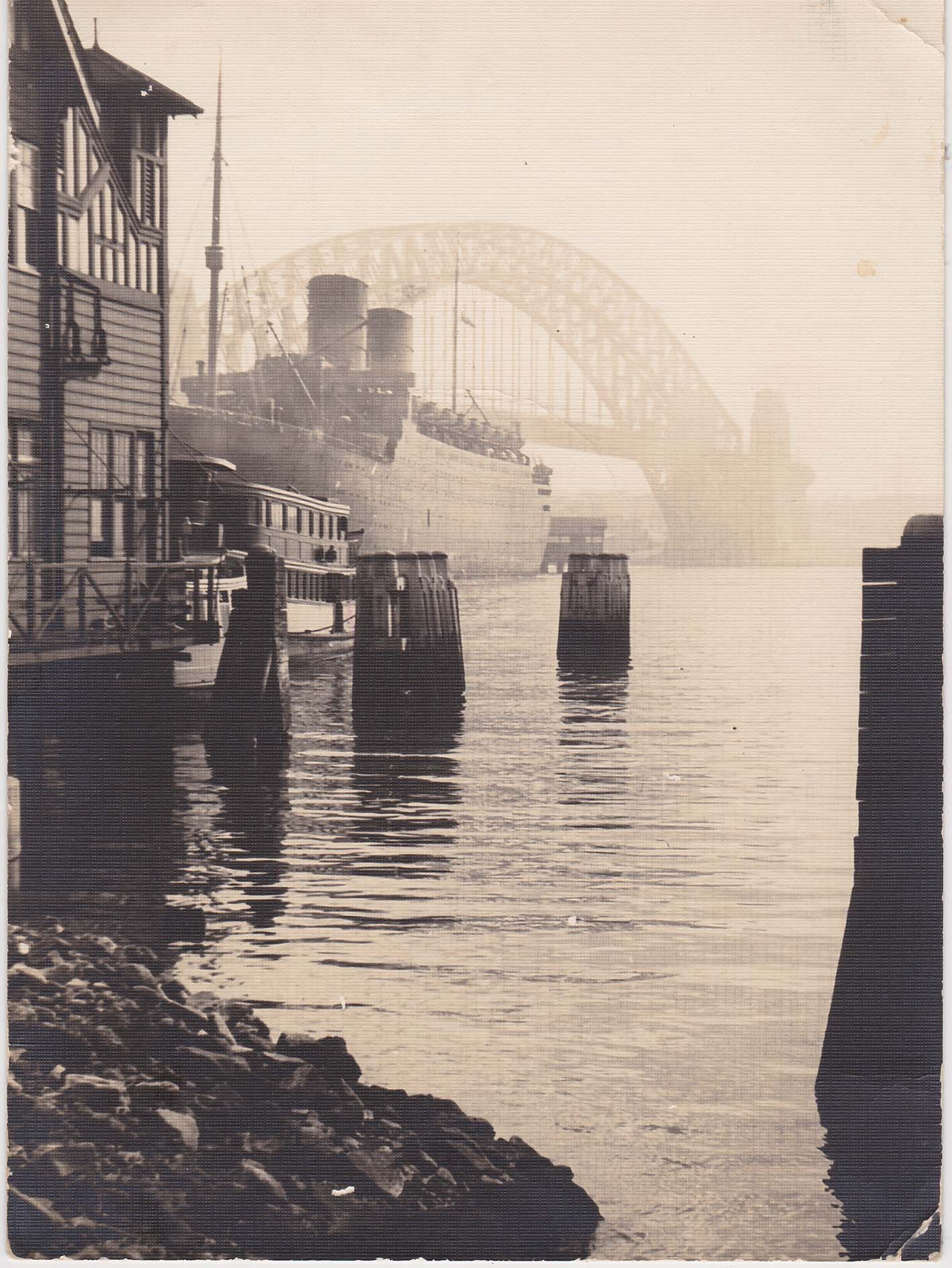 Having a date for that picture might be helpful, but my best guess is that is a picture of the RMS Mauretania, taken in the spring of 1940 while she was in Sydney harbor (along with the 3-funnel Queen Mary) to pick up troops for deployment to the Middle East. The paint scheme is fairly distinctive, as the all-gray was a wartime paint job. During peacetime she had a black and white paint job to help her stand out, whereas you can only see one tone of color in this photo.

Here's a photo of her underway with the wartime paint job. 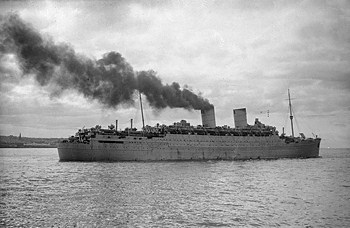 Here's a website that goes into a nice bit of detail about her trip to Sydney harbor along with the Queen Mary (a 3-funnel ship). Incredibly, there's even a video showing both of them during their wartime duty, some of it shot in Sydney I believe.

Another possibility is the Queen Elizabeth, which looked very much like the Mauretania on the outside, and was also used as a troopship during the war.

Not the answer you're looking for? Browse other questions tagged 20th-century australia nautical or ask your own question.

9
When did passenger ships first have an on board duty-free shop?
1
Was Ezra Pound a descendent of Jews?
9
Why were the Yellow River dyke repairs delayed?
29
In this cartoon from Puck, what indicates the identities of France and Britain?
7
Who was Nimet Eloui Bey's father?
7
How, where and when did Lily Pettigrew die?