How close did Germany come to interdicting Soviet oil shipments from the Caucasus in 1942?

In 1942, the Germans captured a relatively small oil complex at Maikop in the North Caucasus, and got within 25 miles of a larger one at Grozny. But the biggest prize was at Baku, on the "far" (southeast) side of the Trans-Caucasus region, on the Caspian Sea. I'm assuming that the Germans could not have captured it in 1942, and only with great difficulty thereafter.

Historians like William L. Shirer in "The Rise and Fall of the Third Reich" believed that the Germans could have interdicted Soviet oil shipments from the south by getting a firm grip on Stalingrad, and choking off transportation in the Volga River, and for some miles beyond.

With regard to the first issue, how close would the Germans have had to approach Baku to be able to interdict the oil from the source by bombing, and how far were they from this hypothetical point in the Caucasus?

With regard to the second, were there viable alternate north-south routes to the Volga, or could one have been built? If the Germans controlled Stalingrad, could this have been bypassed by "night runs" to avoid bombing?

This source, a review of War for Oil by Dietrich Eichholtz suggests the Germans did get close enough, at least as far as bombing in and around Baku was concerned.

It suggests that the Luftwaffe were ...

ordered ... to begin bombing Soviet oil storage depots at Astrakhan, Saratov, and Kamyshin as well as the fields around Baku

To find out whether this order was carried out I checked Too Little, Too Late: An Analysis of Hitler's Failure in August 1942 to Damage Soviet Oil Production by Dr Joel Hayward. This resource suggests that bombing Baku never really took place, not so much because the Luftwaffe couldn't get close enough but because Hitler couldn't (or wouldn't) spare the necessary planes from other operations on the Russian front.

even though Hitler ordered Baku's destruction by Luftflotte 4, he never ordered Greim's Luftwaffenkommando Ost to participate or transfer units south temporarily for the undertaking

The Joel Hayward piece actually has a lot to offer this question and makes the interesting point that even without bombing attacks on Baku the Germans did cause serious disruption to oil production there. Merely by being in the Caucasus they obliged the Soviets at Baku to start evacuating machinery and begin plugging wells.

Still, from the German point of view, this was nothing like enough disruption.

The map below shows the situation. The maximum range for German bombing was about 200 miles assuming they had an airbase with fuel, oil, aircraft, munitions, and mechanical supplies. The Volga is a very wide river with no bridge across it in 1942. The terrain in the area is marshy. The Germans never succeeded in completely interrupting traffic on the Volga because the Red Army was able to contest the city continuously, the city being on the western side of the river, however, between September-November 1942 most commercial traffic was halted and barges were diverted to the Emba River. The Germans had a hard time getting heavy weapons and supplies to the area because the rail lines were poor quality and of a different gauge than German lines.

Note that the capture of Rostov was a huge blow to the Soviets because the pipeline from Baku went there. Also, there were major refineries at Krasnodar and Batumi which became worthless.

If the Germans had secured Stalingrad, the barge traffic on the Volga would have been cut permanently. The Soviets could have then tried to expand the use the Astrakhan railway or Gurev on the Emba, but either way there would be a loss of supply. It would have been difficult to completely cut off the oil supply. German oil logistics were not sufficient to securely control anything east of Rostov. Most of the efforts east of that point were heavily dependent on horse-drawn supply and other non-mechanized transport. Also, the roads in the area are very inferior, so quick travel was difficult.

Threatening Baku would not have been possible because the Allies had much superior supply lines through the Persian corridor and would have had air superiority and other advantages. 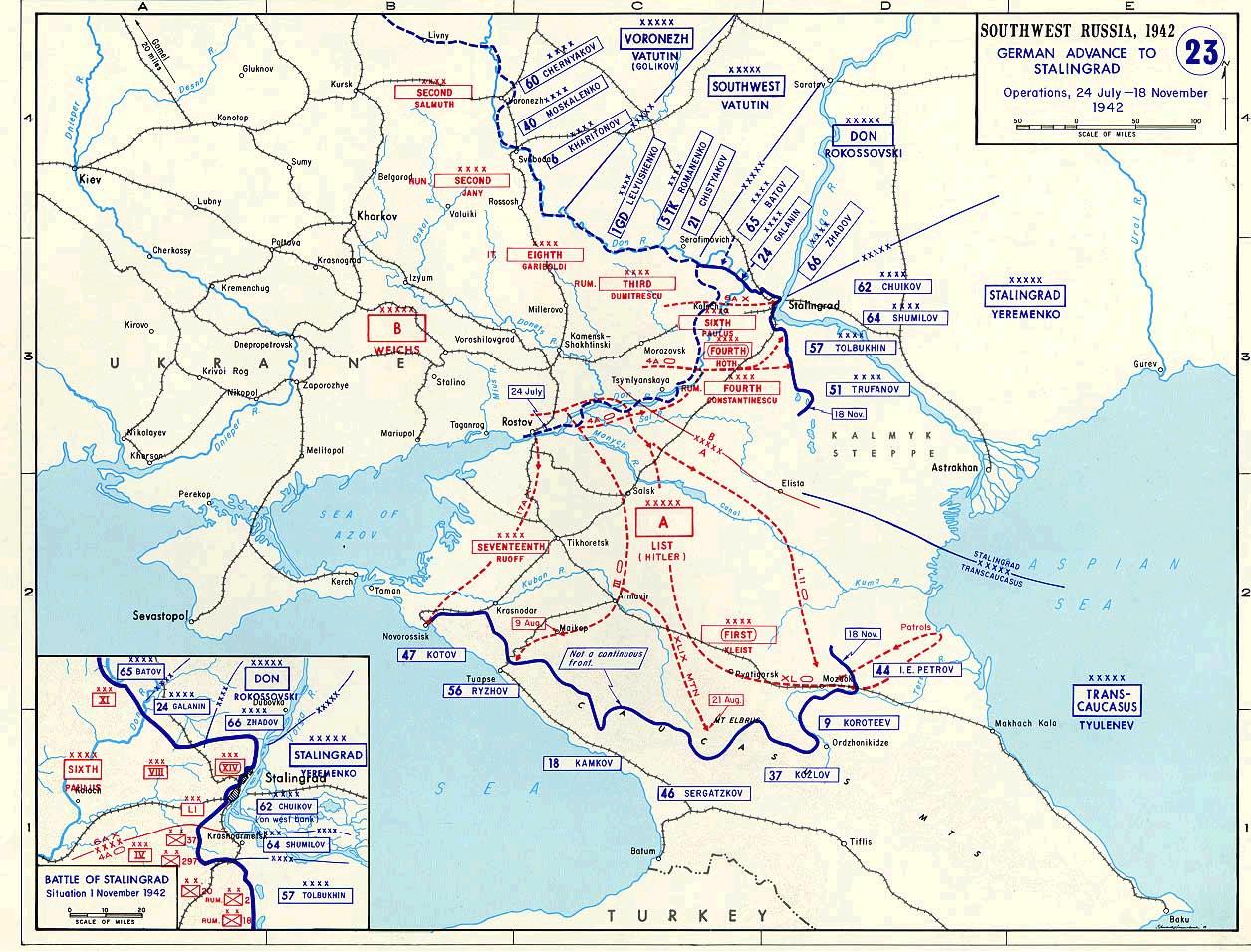 The below map provides a broad view of the oil logistics of the Caucasus, Caspian and Middle Eastern regions during the Second World War. Railways, shipping lanes, and pipelines are shown, connecting the existing oil centres of the region to the wider world. The flow of Caucasus oil to the Soviet Union would already have been considerably interrupted once the Germans crossed the Don River and cut the important land routes. Interdicting Caspian Sea shipping would have been a much more difficult task to complete effectively.

Would USSR and Europe stand the fascism if Baku oil had been lost?, by Sultanov, Ch.A. 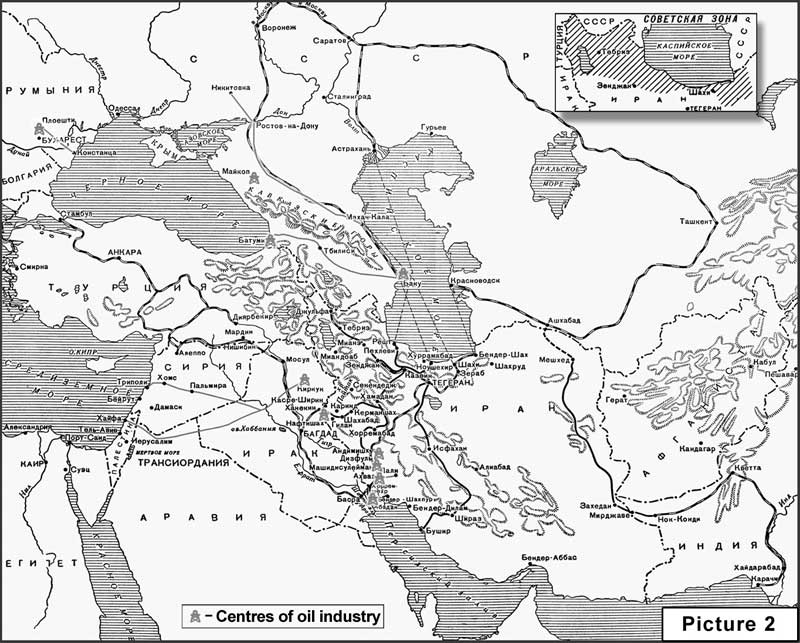 21
Could the Soviet Union have continued fighting World War II without Caucasus oil?
3
Did the Soviets have an alternate source of oil in Iran during World War II?
3
How long might the campaigning season in the Caucasus have lasted for the Germans?
6
Did the Germans attempt the easier or harder of two possible objectives in the Caucasus?
3
How strongly defended was Baku in 1942?
26
How did the Axis intend to hold the Caucasus?
10
Why did Fall Blau start at Voronezh instead of further south?
8
What alternate north-south supply routes did the Soviet Union have when the Volga and Stalingrad were under attack?
1
How and why did the progress of Army Group A differ from what the terrain in the Caucasus might suggest?