Did the ancient Chinese use an ink covered finger to sign documents?

I saw some film that in imperial China, Chinese who doesn't know read and write often push his/her finger in ink then apply it in the document instead of signing.

Is that true in history? Because I see no reason to do so, as ancient Chinese did not have tech to recognize finger print or discriminate between fingers

Yes, sort of. Illiterate people could "sign" using hand prints, which is a reasonably reliable biometric (totally anecdotal, but my university's experience was <10% false identification) that's a bit easier to authenticate by the naked eye. Prints of the finger (more than just the tip) could also be authenticated based on feature such as lengths between joints.

The name these movies usually give for this practice, huāyā (花押/畫押), is a much broader subject. That tradition developed sometime between the Jin and Tang Dynasties, when paper became popularised as a writing medium. In many regards it is functionally similar to western signatures, and could be seen as a less formal alternative to using seals. It was a convenient way of marking documents for all sorts of people, and not restricted to the illiterate by any means.

In its earliest forms, the practice was essentially writing one's name in a slightly fancier way. Over time, people found increasingly creative ways to make their marks unique. By the Song Dynasty, some huāyā had become wholly unrelated to the signer's actual name. Others don't evenresemble real characters anymore. 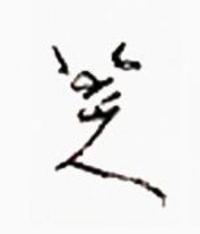 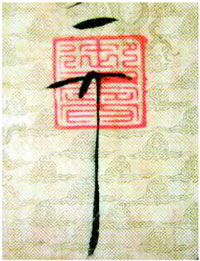 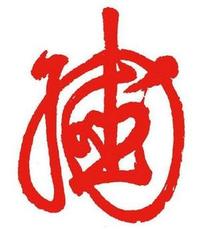 As a practical matter, keep in mind how writing had to be made historically. The traditional implement for proper writing in China, the ink brush, is actually very hard to use. Even if you know how your name should be written, an average farmer might not have the practiced dexterity necessary to actually draw the character legibly. Thus, for many people drawing such signatures with fingers would have been a logical and obvious improvisation.

Not the answer you're looking for? Browse other questions tagged china technology social-history or ask your own question.

32
When did the term "Nationality" first come into use? How did ancient civilizations refer to themselves? By ethnicity?
10
How did the Chinese help Khrushchev?
4
How much did the Chinese Summer Palace cost to build?
3
When did the Chinese begin using night soil as fertilizer?
15
How did the ancient Chinese coordinate armies of tens and hundreds of thousands?
8
Did Ancient Rome use lead styli?
3
Did any Chinese warlord claim the mantle of the Beiyang government after 1928?
3
Why did the Chinese not use military power to force out early Portuguese, Dutch and English trade encroachments?
5
Did any Chinese revolutionaries being helped by the Japanese get suspicious of Japan's intentions?