Why did the the East-Pakistanis oppose Urdu as their national language while Indians accepted Hindi as theirs? [closed]

In 1947, Both India and Pakistan were given independence from Britain. India was able to establish Hindi as its national language with minimal problems. Pakistan on the other hand, was created with mutual understanding between East and West, (Muhammad Ali Jinnah was from West Pakistan (today's Pakistan) and Sir Nawab Salimullah, the founder of Muslim League was from East Pakistan (today's Bangladesh)). However, in 1952, when Pakistan declared Urdu its national language, it was hugely opposed by the people of East Pakistan (the Bangladeshi).

This map shows that Urdu is not spoken by people of any specific area in Pakistan (the former West Pakistan). This is like a Lingua franca in Pakistan, so as Hindi in India. 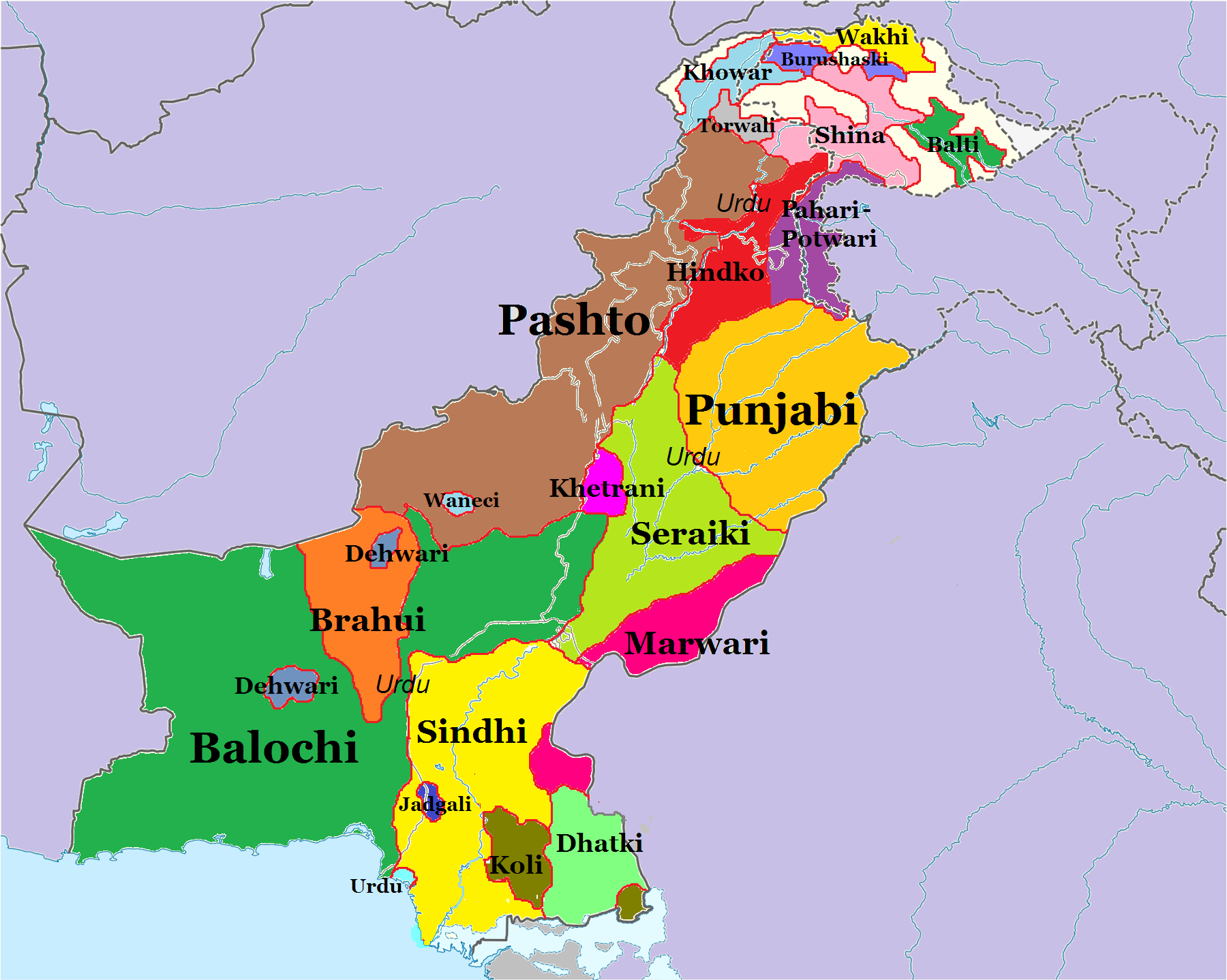 My question is, why did the people of East Pakistan (Bangladesh) decide to revolt so early (only within 5 years of the formation of the Dominion of Pakistan) while Indian people successfully embraced Hindi after some protests in Tamil Nadu and some insignificant protests in Barak Valley, Assam?

Was it an Indian conspiracy to agitate the people of East Pakistan or was it the East Pakistani population failing to understand the value of keeping the country united?

Please just be confined with the "Language Movement" of 1952, not the "Liberation War" of 1971. Just stick to the matter of "Language".

Frankly a country made up of two large population lobes completely separated by 3000 kilometers of relatively hostile neighbor (or twice that in ocean) is bound to break up eventually. It just logistically can't work out very well, and culturally they are bound to start going their separate ways. I'm unaware of any country like that in history that lasted for a decent length of time. (OK...there was Burgandy, but the distances were shorter, it never really achieved the "kingdom-hood" it was shooting for, and it was felt it couldn't without joining up its territory somehow).

So really what specifically they picked to fall out over I don't think matters much in the long run.

Also, it should be noted that the language issue in India wasn't as simple and peaceful as you're making out either. English is an alternative "official language" there, and individual states can make their own. Additionally India has had the advantage of being able to march their army into any complaining provinces to restore order. From wikipedia:

The Indian constitution, in 1950, declared Hindi in Devanagari script to be the official language of the union. Unless Parliament decided otherwise, the use of English for official purposes was to cease 15 years after the constitution came into effect, i.e., on 26 January 1965. The prospect of the changeover, however, led to much alarm in the non Hindi-speaking areas of India, especially Dravidian-speaking states whose languages were not related to Hindi at all. As a result, Parliament enacted the Official Languages Act, 1963, which provided for the continued use of English for official purposes along with Hindi, even after 1965.

In late 1964, an attempt was made to expressly provide for an end to the use of English, but it was met with protests from states such as Tamil Nadu, West Bengal, Karnataka, Pondicherry and Andhra Pradesh. Some of these protests also turned violent. As a result, the proposal was dropped, ...

Resentments began when the capital of the combined country and the official language, Urdu, was claimed by West Pakistan, even though East Pakistan actually had a majority of the people. These institutional arrangements led over time, to West Pakistan receiving a lion's share of foreign capital and other economic benefits. By 1951-52, after five years or so of this "unfairness," the resulting dissatisfactions crystallized into an East Pakistani independence movement led by Mujib Al Rahman and his Awami league. The seething rebellion finally boiled over in 1970-71 when a major flood crisis focused international attention on "East Pakistan" and the Parliamentary elections that put the Awami league in power. http://storyofpakistan.com/the-separation-of-east-pakistan/

MOST Indians were Hindu, which made it easier for them to rally around Hindi as the official language, even though many of them spoke different languages. Also, "India" is one contiguous country while the two "Pakistans" were not. This made it possible to distribute benefits more fairly in India to the non-Hindi Indian population. Finally (based off of the comments below), India allowed its different areas to use their own languages, while "Pakistan" did not with East Pakistan. Meanwwhile the geographical split of Pakistan led to a "polarization" of benefits, and of public opinion.

East Pakistan had population of majority whose mother was Bangla which is close to Sanskrit Western Pakistan was forcing Urdu on to Bengali people in East Pakistan which would mean demeaning there own language and culture, which was not acceptable by many in East Pakistan.

India dint conspire Language Movement, it was Bangladeshi People who felt alienated by announcement of Urdu as National language. This is what Jinnah said in 1948 when he visited Dhaka

"State language of Pakistan is going to be Urdu and no other language. Any one who tries to mislead you is really an enemy of Pakistan."

Later on differences grew between protesting Students of Dhaka University and West Pakistan and the later failed in persuading people in East, hence the Language Movement of Bangladesh

I think the question totally glosses over the fact that "East Pakistan" was created out of the partition of Bengal. The people were all Bengali speaking people. It is only natural that they would not accept the imposition of an "external" and foreign language. While the basis of division of districts and subsequent migrations to and from the 2 Bengals were all tumultuous scarring events, never has Bengal been Urdu speaking. Persian has been the language of the educated (literati) in the past, but for the common man it was never anything but his own dialect. There are many major dialects in present day Bangladesh- Chatgaiya, Dhakaiya, Sylheti, to name only a few- but everyone accepts them to be Bengali, even if most people speaking a particular dialect might not understand the other dialects.

India never accepted Hindi. So, there too the question is flawed. Various regions of India continue to function in the state or local language. And in very large parts of the country it is not understood at all. So nobody really embraced it. If Hindi has made any inroads at all, it is due to the daily soaps and television networks.

I think the more interesting question would be- how did, if at all, Pakistanis accept Urdu as their universal official language, considering that there are many languages and dialects such as Baloch and Sindhi in Pakistan as well. I would dare to take a guess- while it is an official language, Urdu may not have been "embraced" by all.

This article does not paint entire truth. Urdu is not native to West Pakistan. Urdu is native to modern day northern India and the Deccan valley. Urdu also had its fair share of speakers in East Pakistan. Hindi did face opposition in India especially in the southern states, most significantly modern day Tamil Nadu.

Hindi is the official language of Central Government in India. India has more than 22 officially recognized national languages and 1600+ sub level as well as ethnicity based languages specific to different regions and there respective governing bodies. Off course also Urdu is one of them. Governing system in India is liberal when it comes to national organization and quite a huge number of Indians are very conservative when it comes to the their native identity while celebrating their national identity as an Indian, so there is mutual respect for the aspirations of all the Sub Domains inside the nation. Republic of India is a Federation as well as a nation state. No one imposes anyone's language on the other but everyone is expected to respect the systematic order of the Nation while enjoying their civil rights to their own languages and native cultures.

Urdu was and is still not the majority language of any province of modern day Pakistan. Anyone saying that west Pakistan spoke Urdu and imposed it on east Pakistan is incorrect. Urdu belonged to northern India and it was equally imposed on the the west and east wings of Pakistan. Thus in my opinion, Urdu was a neutral lingua franca that could enable people of the different provinces to communicate with one another, and no province could protest that another provincial language was being imposed on another. Therefore I completely disagree with the language movement of East Pakistan. Nobody was banning Bengali. The Bengali language movement made a mountain out of a molehill.

The main culprit was Jinnah who, without consulting the people of East Pakistan declared Urdu as the de-facto language of all Pakistan. He was well aware that East Pakistan had a sizable population which spoke Bengali and were proud of their Bengali culture and heritage. Yet he was looking to impose the West Pakistani culture onto them.

The Bengalis are a proud race with a rich cultural legacy. They take supreme pride in their language. And one thing you definitely don't do to them is impose your language and culture upon them at the expense of their own. And Jinnah did exactly that. Therefore, the East Pakistanis took this as a deliberate attempt to suppress their language and culture(which most probably was true).

This started the Bengali Language Movement which in turn led to the Bangladesh Genocide and ultimately culminated in the Bangladesh War of Liberation leading to the independence and formation of the nation of Bangladesh in 1971.

1
Pakistani point of view on the Liberation War of Bangladesh

3
Why did the Indian National Congress fail to convince Indian minorities to support united India
13
Why didn't Turkish become an official language in former Ottoman colonies in the Middle-East and North Africa?
14
How did people and goods move between East Pakistan and West Pakistan?
25
Why did the Romans change Europe's language, but the barbarians didn't?
0
Why didn't the Pakistani military try to gain Kashmir from India in 1971 instead of launching an offensive in Rajesthan?
0
Were there any Muslims left in the Indian side of the Punjab after the 1947 riots?
5
Why did British Gen. Frank Messervy oppose the invasion of Kashmir?