What is that gold plaque Scottish soldiers wore around their necks?

If you see pictures of Scottish officers in traditional dress, sometimes they are wearing a gold plaque hanging from a chain around their neck. It is usually kind of kidney shaped. Does anyone know what that thing is called? Below is a picture of George Washington wearing one around his neck: 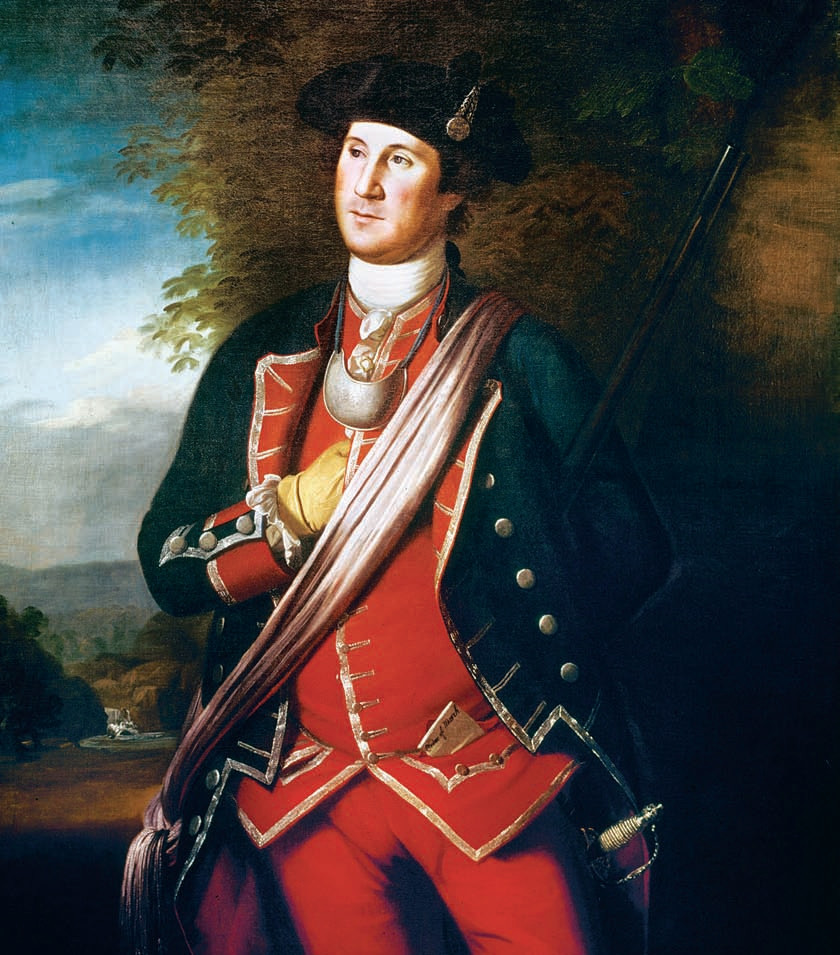 It is called a gorget. In certain military traditions it served as a mark of leadership. I cannot cite my source, but I recall reading a speculation that it may have evolved from the full cuirass that was worn by knights in antiquity. With the advent of gunpowder, such body armor was no longer of practical use, but the gorget served as a reminder of the old time status of the cavalier.

The word is derived from French, and refers to the throat.

Not so much evolved from the cuirass as it was a piece of medieval armour; the gorget-the piece of armour that protected the neck and came between the helmet and cuirass. As firearms became more prevalent on the battlefield; armour became less and less needed and various items of the medieval suit of armour were discarded, until by the seventeenth century, all that remained was the cuirass, gorget and helmet.

As military uniforms as we know them today began to be used (and firearms became more powerful) during the late 17th to 18th centuries, this became reduced down to just the gorget; which became the distinguishing mark of an officer during the 18th century, and gradually became smaller and smaller until it became the small crescent of metal you usually see in paintings and portraits of the time. Thus, any depiction of a soldier of the time would be depicting an officer.

Gorgets were gradually replaced by rank insignia worn on the shoulders of the uniform (epaulettes), but a vestige still exists in the 'gorget patches' worn by officers of general rank on the collar of their uniforms (and originally worn to hang the gorget from).

Not the answer you're looking for? Browse other questions tagged military scotland uniform or ask your own question.

12
Are there any historical sources that support the claim that ancient high-speed archers held multiple arrows in their hand?
6
How did the Scottish lowlands get their Gaelic name?
6
What was the alcoholic beverage of choice for British soldiers during WW2?
4
Did any nation have a demonstrable qualitative advantage in their soldiers of the 18th century, and how did they achieve this?
3
How did soldiers in WWI who wore jackboots keep the boots from being sucked off in the mud?
7
What happened to the belongings of fallen Roman soldiers?
2
When & what are the first recorded peacetime uses of soldiers?
8
What branch of the military wore this uniform?
8
What were the motivating factors in the Scottish Highland Clearances?
7
Would Victorian era British soldiers wear their short sword bayonets while wearing uniform when off duty?