What buildings could be found in the inner ward of a castle?

I'm familiar with some different layouts of castles (motte and bailey, concentric,...) and the main parts or areas they have or need (Keep, moat, barbican, ward, cistern, great hall, etc.)

While browsing the web I found this picture of an old castle in York, England. 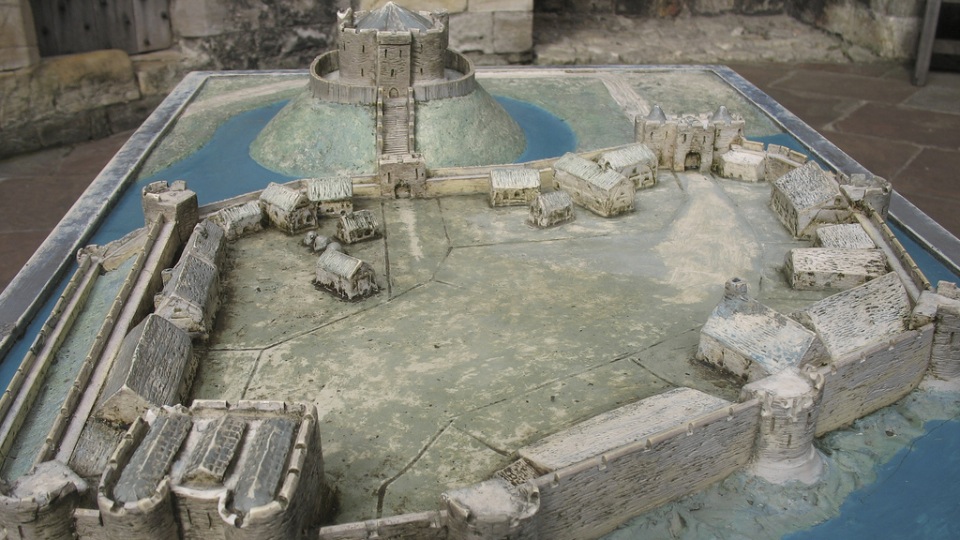 In an inner ward like that I wouldn't be surprised to find buildings such as:

And, in case these are not in the keep itself, kitchen, chapel, rooms for servants,...

In the picture of the castle in York I see plenty of buildings/structures in the ward, and given the size of the main keep (and the tower that can be seeing on the bottom left corner) I would guess that chapel and kitchen would be in the keep, where there would be some room for soldiers or servants too. I counted like 20 buildings of various sizes and I was surprised to see that many, and wondering what their functions would be.

I don't know if any of the buildings that could be found in the inner (or outer) ward or bailey of a castle could be for example a mill, smith or lodging for important people who can't be hosted inside the main keep.

My question is: in a castle with a ward that size, what kind of buildings can be found inside the ward?

What you're showing here is a typical "Motte and bailey" style castle that might have originated in the Dark Ages. The Motte being an earthen mound with a keep or donjon on top, and the Bailey being the fortified enclosure around the base of it. The earthen mound is the key bit to the overall structure; easily constructed with unskilled labor it provides a highly effective defensive position for the keep on top of it. The keep itself would be a minimal structure probably built of wood, serving as the lord's habitation, which provides a final defensive zone in time of attack; it might include a cache of food and other supplies on its lower levels, but not work-buildings. Its topmost level would be given to a garrison of watchmen. The Bailey at its base would contain support buildings such as a hall, kitchens, chapel, barracks, stores, stables, forges, and workshops. It forms the center of the stronghold's economic activity. Over time, the initially wooden walls might be replaced by stone. 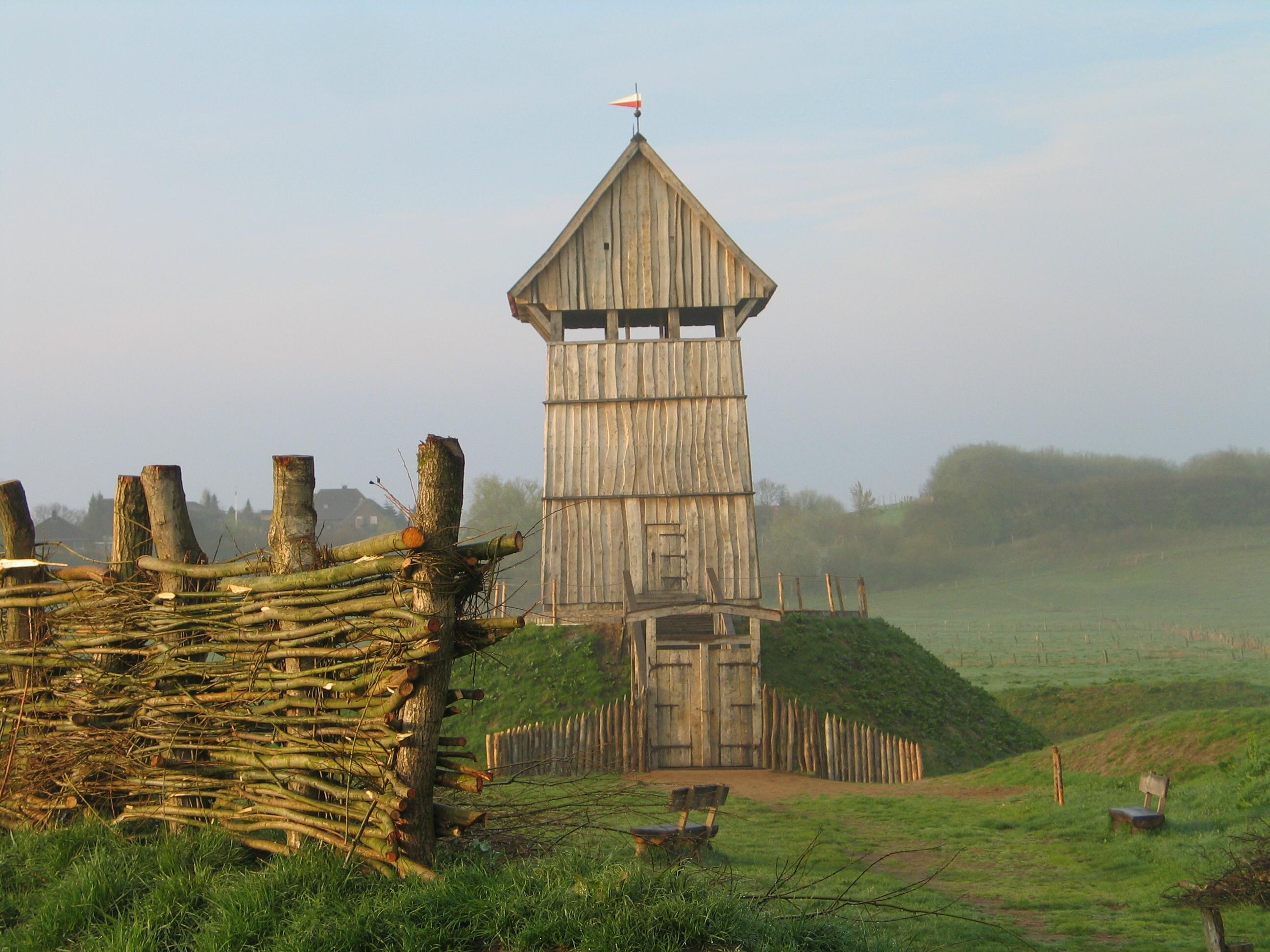 Early in this period, governance was very localized, and often the structure would be built by the local sovereign warlord as the principal seat of governance for his petty kingdom. Later, as feudal structures evolved, it would be deployed in colonization efforts in recently conquered lands as an easily constructed type of fortification. So depending on where, when, and why the structure was built could have a large impact on what it was trying to protect.

For an early-era warlord, the defensive needs are going to be against raiders (e.g. vikings) and greedy/jealous neighbors. As such, the focus of defenses will be to protect your army and important burgers, so the Motte and Bailey will have more of a social focus, with the lord in the Motte, and homes, businesses, and workshops placed in the Bailey. A well or cistern would typically be included in the bailey. 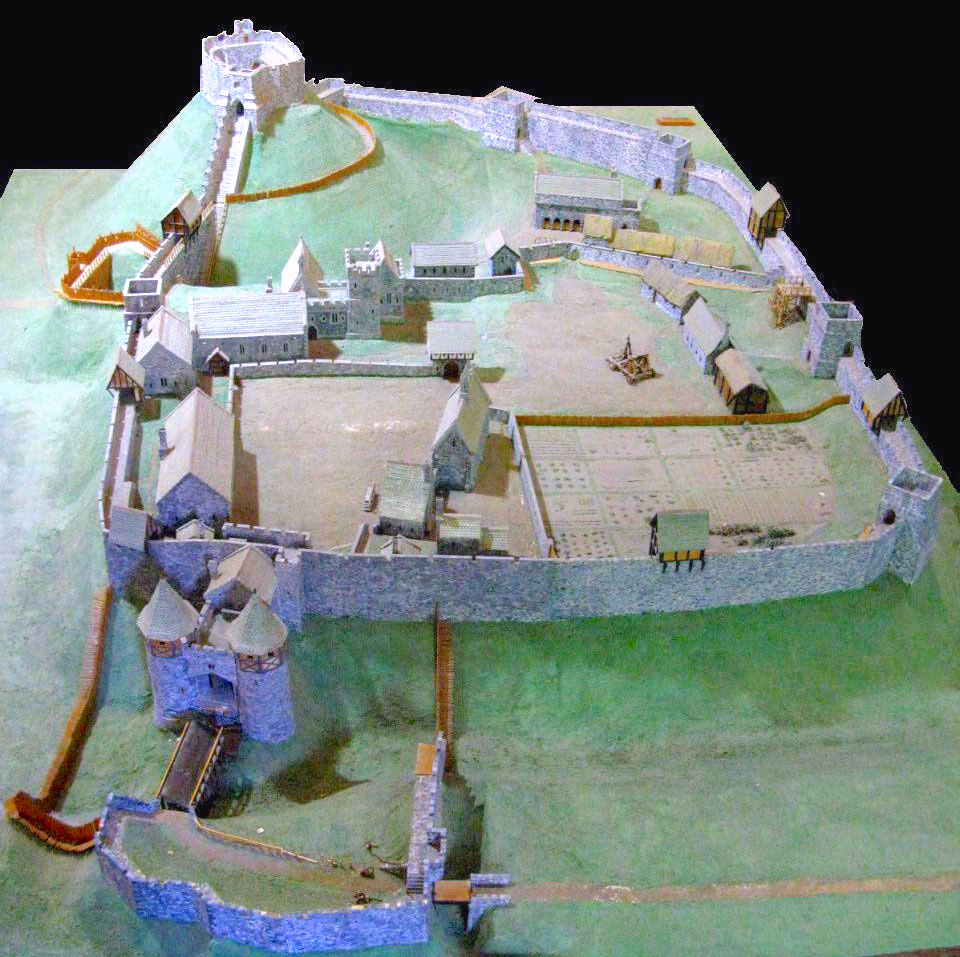 For later era forts, the focus is going to be on uprisings in the immediate vicinity. With cavalry being the forte of military at this period, the bailey will be more heavily geared towards horses and their riders: Stables, blacksmith, training grounds, barracks, chapel, kitchen and hall. In these later era forts the high status accommodations were in the bailey section (perhaps for larger quarters or so the working staff can be more readily available); in these cases there may be inner and outer baileys. 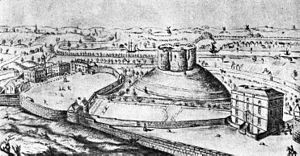 7
Were women banned from entering the castle of Trakai?
10
What are the highest and biggest half-timbered buildings built during medieval era?
3
What were the expectations of a medieval castle or fortress hoping to break or outlast a siege?
5
What was the medieval attitude to wartime rape?
8
How did the crusaders "know" that they found the Holy Blood?
4
What was the composition of Medieval European armies?
6
What cult images are likely to be found in a Second Punic war era Roman field camp?
1
Is the depiction of the Stirling Castle Knight historically accurate?