Why would staff officers carry swords during combat, in World War II?

I realise one purpose as ceremonial, as depicted in Lieutenant General Hatazō Adachi's surrender (eg this picture), but when Isoroku Yamamoto was killed,

his white-gloved hand [was still] grasping the hilt of his katana.

1. I understand the necessity to possess some kind of combat knife during combat, but why a sword?

2. I should also like to know if any modern soldier still carries a sword during combat.

Footnote: Adachi's surrender seems ironic, given his previous rebuke of the Takenaga incident, which I was reading when I encountered this picture.

I'm not sure why you think staff officers carried them for combat. They were not really the ones responsible for the actual fighting in the first place.

More generally, Japanese officers carried swords as accessories for their uniforms. The blades were both ceremonial as well as status symbols, because higher ranks were entitled to swords with special distinctive styles. For instance, General officers used swords with: "brown and red strap with gold wire, zig-zag stitching and yellow tassel1".

It is tempting to attribute the carrying of swords to the traditional association of samurai and the katana, but this was not the initial motivation. The practice in fact introduced in the late 19th century as a part of the Meiji reforms. In her effort to modernise her armed forces, Japan adopted western style uniforms. The standard blade introduced in Meiji 19 (1886) thus emulated the western sabre: 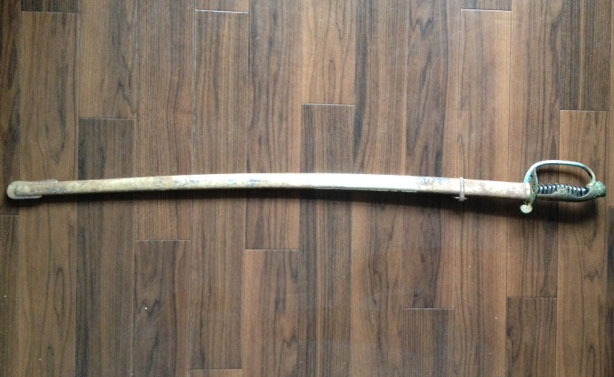 The traditional image of samurai did have an effect, but only much later. Western styled sabres were replaced by more traditional designs decades much later in the 1930s, after the rise of Japanese nationalism. The standard issue of Showa 9 (1934) resembles katanas much more: 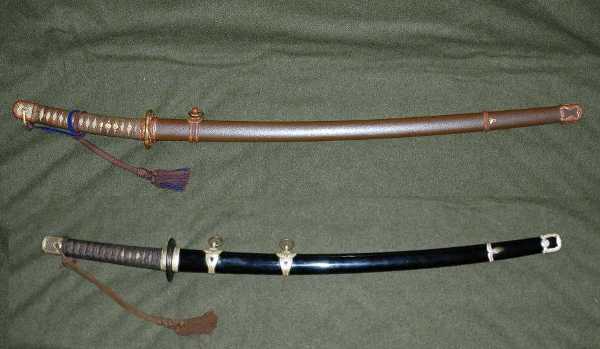 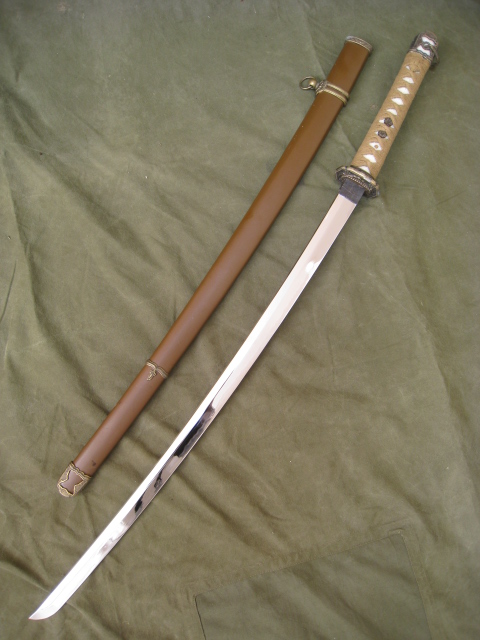 The katana style swords remained the standard into and till the end of the Second World War, with another version coming out in 1943.

From the Wikipedia article on Katana:

During the pre-World War II military buildup and throughout the war, all Japanese officers were required to wear a sword.

It sounds like you're not aware of the cultural significance of the katana. It is closely tied to the samurai warrior-ideal. Carrying a katana was one of the few real privileges left to the samurai class during the Edo period police state, when the samurai languished as a warrior class without any wars to fight. During that time, "being a warrior" became almost synonymous with "carrying a katana".

Making their officers carry katanas basically was a way to tie into that cultural heritage and reinforce the self-image of the soldiers as modern samurai (even though the samurai class had been abolised in the meantime and most officers were not from samurai families) and feel compelled to live up to that ideal (which included things like never surrendering).

Ironically, the requirement could only be satisfied by mass-producing katanas using industrial processes, and traditionalists were appalled at the quality and commodity character of those swords; I gather they are today considered somewhat of an embarrassment.