How powerful and influential was the "last caliph" Abdul Mejid?

It is unbelievable to see how a Caliph was so easily deposed by Turkish parliament which begs a question: How powerful and influential was Abdul Mejid II? Was he merely a titular symbolic puppet who was not behaving the way his masters were asking?

And a related question, when and who was the last independent powerful caliph?

Abdul Mejid II was the last caliph. And on the contrary , to the OP's assumption, he was deposed because he was too much under influence of parties holding his strings. This New York Times article from 1924 puts light. 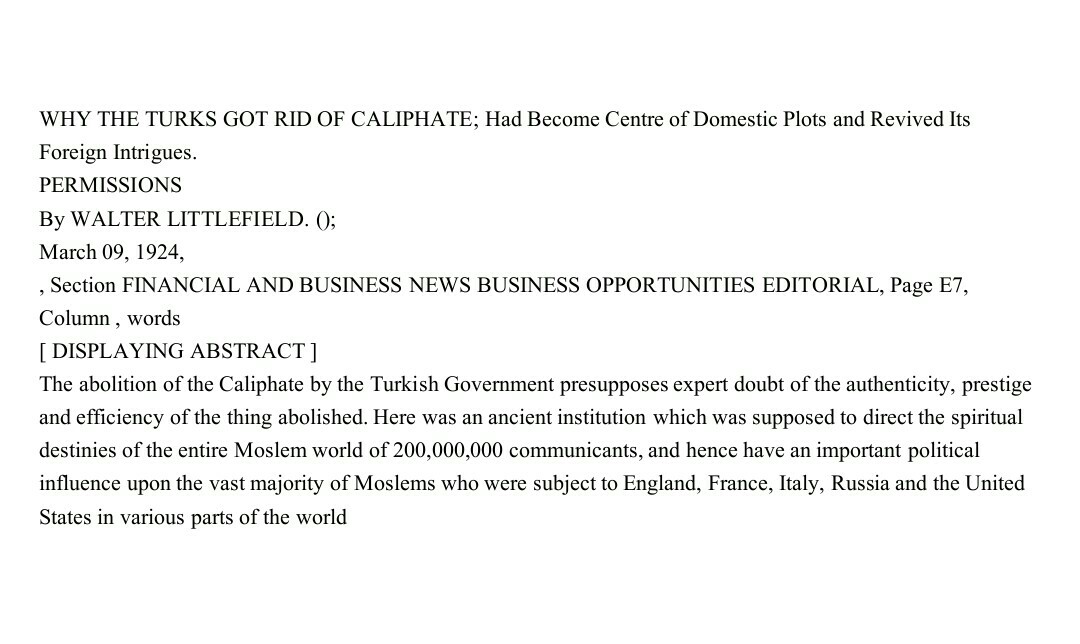 《Sorry, i couldn't shake $4 for the whole article》

Another closer is excerpt from a New York Times article,

Caliph was unpopular in Turkey, because they saw it a tool in hands of west and imposing on their nationalism. Ironically, very nature of Islam, does not provide for nationalism. And being immediately close to him, they could oust the Caliph. But, puppet or not, he was still considered by Muslims of the world as their religious ruler. And they were quite offended by him being toyed around. An example, is The Khilafat Movement in India incepted by brothers Mohammed Alu and Shaukat Ali. This became into a vigorous movement. Gandhiji himself was elected president of All India Khilafat Committe. Infact, it was integrated into the Non cooperation Movement, one of the declared aims of the which, was "RESTORATION OF THE POSITION OF CALIPH" But, after he was deposed, well, nothing much could be done, as most of the Muslim world, did not have a strong sovereign exsistence to weild enough influence.

Read this related SE Question and also the linked article.

The second article seems to suggest that the Caliphate of the Ottoman Empire was already in a long and steady decline since sixteenth century which caused its downfall and not any single Caliph.

The same article also suggests that a portion of the Islamic sect doesn't consider the Turkish caliphate as legitimate because it didn't fully enforce Islamic law (which requires stoning and slavery among other things).

Not the answer you're looking for? Browse other questions tagged 20th-century islam caliphate or ask your own question.

2
Who is ISIS/ISIL, Really?

6
When was the last time period where one could travel by steam powered locomotive across the United States today?
6
Contemporary opinions on Caliph Omar's burning of the library of Alexandria?
13
When did the last formal and recorded duel take place?
17
How was Abd al-Rahman I recognized when he arrived in Islamic Hispania?
10
How was the relation between the Ottoman Empire and Serbia, Greece, and Montenegro during the Second Balkan War?
24
Why is no one claiming the title of Caliph?
16
Was Mohammed known and respected in seventeenth-century Europe?
2
What was the area of the Mamluk Sultanate?
16
Why did the USSR stop in the Winter War against Finland in 1940?
3
What was the population of the Umayyad Caliphate in 750 CE?