Can anyone identify this warship?

The picture is of a ship that my late father is believed to have served on, I can find no identification marks on the photograph, so even a type of vessel would be a great help, as I have no records of his service history. 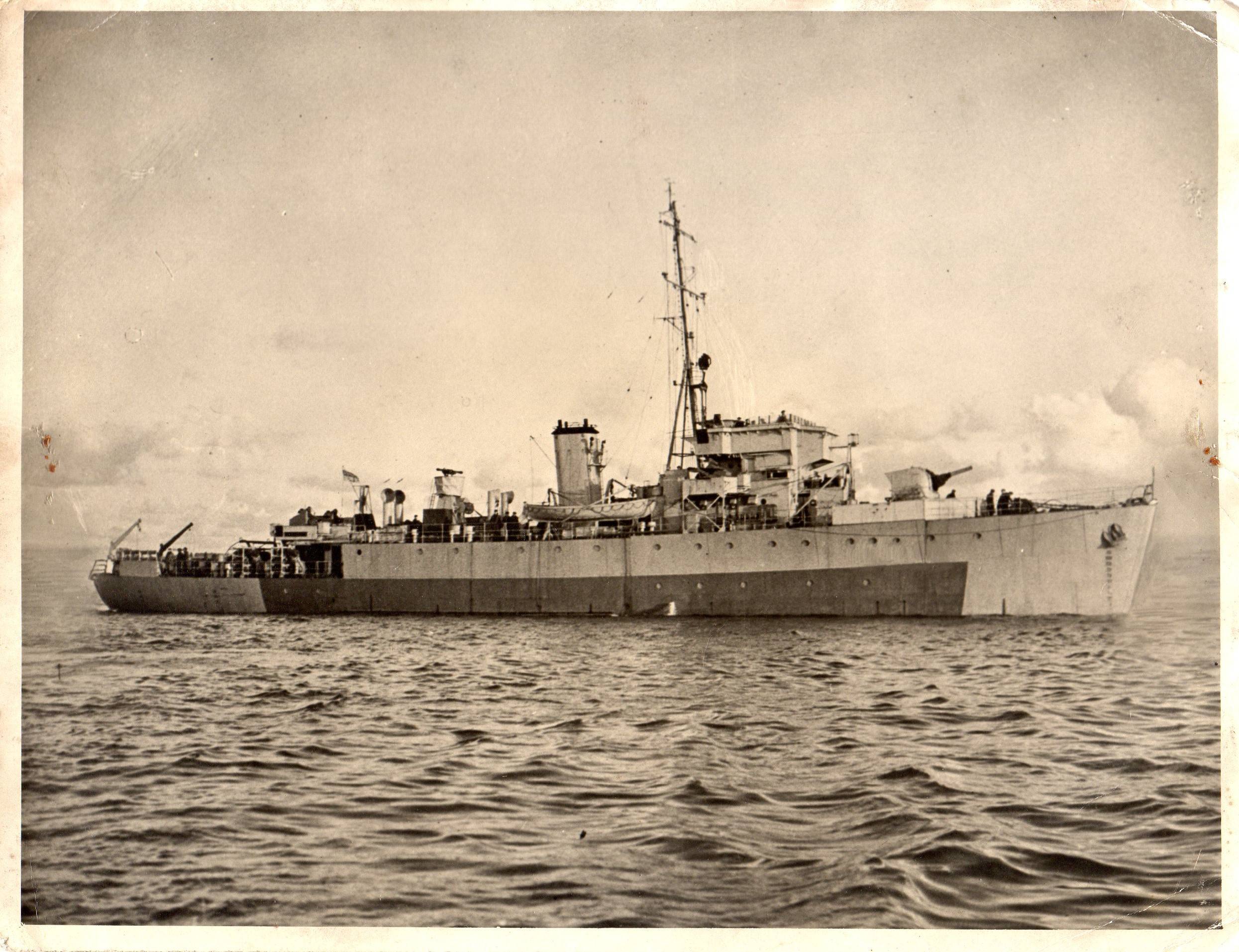 That photo is of the HMS Liberty, retouched to remove identifying information.

This Google image search1 finds images identified as both HMS Lysander and HMS Liberty.2 Looking at those two pages, they're the same photo, but with retouching to remove the flags, land, and ship's numbers:

Looking closely at your photo, the area where the ship's numbers would be shows signs of editing: 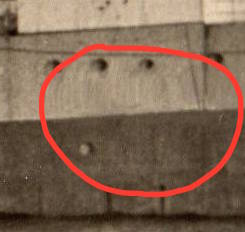 The flags were airbrushed out too: 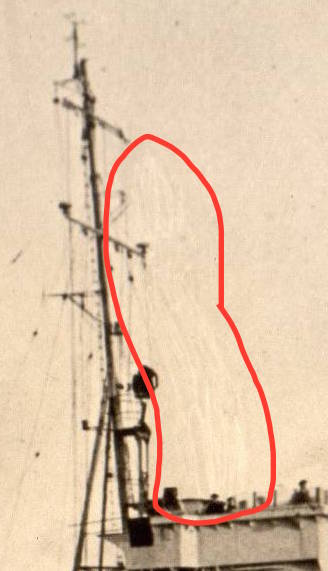 I wrote to the Imperial War Museum and got a response back from a curator there:

Thank you for contacting the IWM with this information. These two records are both clearly the same image of HMS Liberty, and represent an interesting example of wartime photographic censorship.

I have amended the catalogue records of both entries to reflect the relationship between the two, and these changes will migrate into our Collections Search database in due course.

The photo is definitively of the HMS Liberty, but was previously identified as being of the HMS Lysander for reasons unclear. Hopefully narrowing the possibilities to those two ships helps with determining which ship your father served on.

1 Based on Retroswald's answer.
2 When originally written, the retouched photo was identified as the HMS Lysander on the Imperial War Museum's page (and others). It's unclear how it came to be identified as such, but the records have since been corrected because of this answer. Observation is participation.

With the help of Search Google for this image, that ship is HMS Lysander.

I have 2 of my father's pictures from his service in the Royal Navy in WW2-they are identical to this and it is HMS Lysander-fleet minesweeper.

Pennant number J391 was allocated to HMS Liberty, she was sold to Belgium post war and became Adrien De Gerlache

4
How did Farragut know he could get his fleet through the Confederate line of "torpedos" at Mobile Bay?
10
What class / type of ship was the "Dragon" from Rotterdam c. 1732?
7
Reconstructing historic tide tables
2
Why was Colonel Bill Eddy kneeling in front of FDR and King Saud?
20
What is the large blue object on the right in this picture showing Greek fire?
1
Responsibilities of a naval chaplain in the Spanish empire
11
Can anyone identify this tank?
2
Please help with identifying this uniform, taken in Turkey 1940s
42
In the Battle of the Coral Sea, how could two Japanese scouts grossly mis-identify two American ships?