Why was a convicted Nazi war criminal buried with military honours?

[Source 1:] Erich von Manstein died of a stroke on the night of 9 June 1973 at the age of 85. As the last but one[a] surviving German field marshal, he was buried with full military honours, his funeral attended by hundreds of soldiers of all ranks.

[Source 2] [Gerd von ] Rundstedt was buried, in full uniform, in Hannover-Stöcken Cemetery. The ceremony was attended by over 2,000 people, mainly Army veterans. The German and Lower Saxony governments paid no official attention to his death. (Had he lived longer, this might not have been so. Manstein was buried with full state and military honours in 1973, despite being a convicted war criminal.)

I ask about Erich von Manstein here and entitle my question as such, due the bolded above.

There were probably several factors at play here:

In the early years of the Bundeswehr, there have been debates about what traditions this army should hold, given that the two predecessors - Reichswehr and Wehrmacht - had a problematic history, to put it very mildly. Many higher officers saw a vital need to maintain traditions and saw the Wehrmacht as a positive point of reference. There's a decree, the Traditionserlass that tries to codify this relationship. The Traditionserlass notes Stauffenberg & Co. as positive examples from it first edition in 1964 on, while avoiding a clear statement on the Wehrmacht. The current version, from 1982, contains the sentence that the Wehrmacht can not be a foundation for traditions. Individual units however may and are held up as exemplary. So in the 70's, parts of the Bundeswehr saw the Wehrmacht as an important part of their traditions, so they would honor an old soldier.

In the decades after WWII, a prevailing attitude in Germany was that the German population had been 'seduced' by Hitler to start WWII and the Holocaust, and that only a small circle of perpetrators was actually guilty. This included the belief that Wehrmacht had been fighting 'honorably', and that the SS was to blame for the atrocities. Remember, Goldstein's " Hitler's willing executioners ", which would be the starting point for a wide ranging debate on the role of ordinary Germans was only published in the 90's. The 90's was also the time when the exhibition Vernichtungskrieg: Verbrechen der Wehrmacht 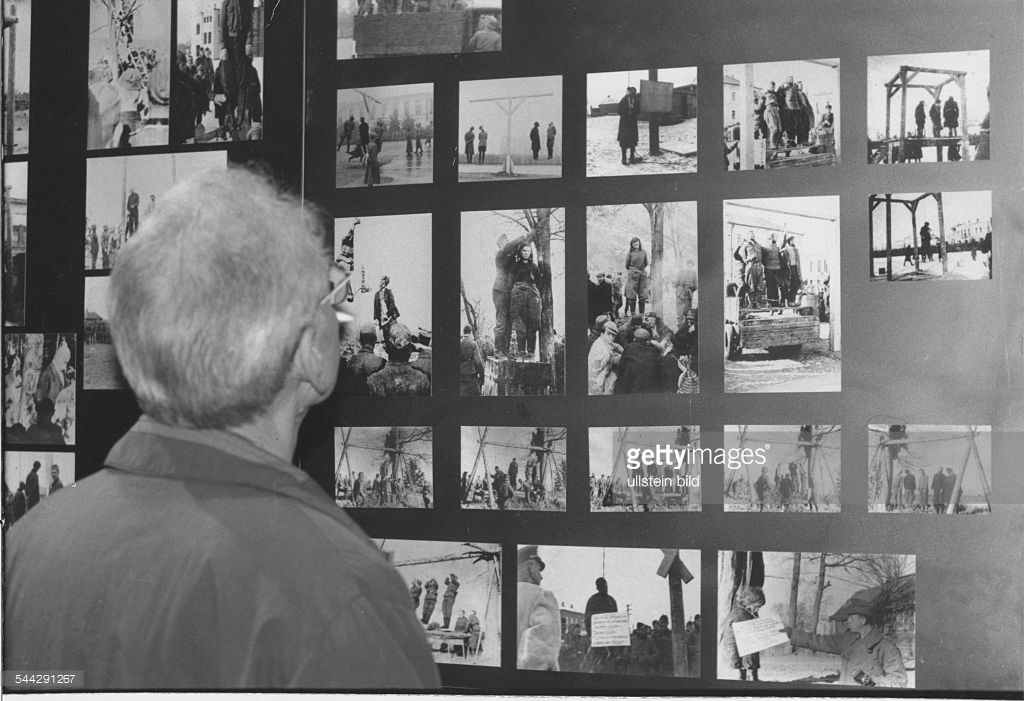 toured through Germany sparking debate on the role the Wehrmacht had played in the atrocities committed by Nazi Germany. Public discourse had not been as hostile towards the Wehrmacht in the 70's.

IMO, military honours for Mannstein are inexcusable. The Guy had followed the Kommissarbefehl and 'inspired' his men to murder Jews. It is indicative of the public discourse in Germany in the 70's and the conflicted relationship the Bundeswehr had to the Wehrmacht.

Edit to Add: For a contrasting case, look at Admiral Dönitz: In 1945 he was head of the Navy and, for the short time between Hitlers Death and ermany surrender, Reichpräsident. He was also very much a Nazi. In 1969, General Inspector of the Bundeswehr Ulrich de Maziere suggested to the then Minister of Defence that Dönitz should be buried without any military honours, because according to him "you can't separate the soldier Dönitz from his bahaviour around and after 20.7.1944." There was some to and fro over the following decade (would serving officers be allowed to give speeches and similar question) but the order was in effect in 1980 when Dönitz died and was buried without military honours.
So in one case a political decision was made to not give military honors to a convicted war criminal.

On my opinion, Wikipedia article on Manstein contains a detailed answer to this question. Manstein conviction was somewhat controversial. For example, Churchill and Adenauer were among those who objected this. He served his jail term until 1953 and then was released.

So it is true of course that Manstein was a "convicted military criminal".

But he was not ONLY a "convicted military criminal". He was also a soldier, a field marshal, and quite famous in this quality. It is as a field marshal that he's got a military funeral, not as a war criminal.

It is a custom that outstanding military commanders get honorable military funerals. Though most of them, if tried by their military enemies (those who fought against them) would get a sentence as military criminals. There are few exceptions to this rule, I understand. But the exceptions only confirm the rule.

Manstein, at no time, was a member of the Nazi party. A fact you can find on the Wikipedia or ANY of his many biographies, or in fact in any history of the German high command. Calling Manstein a "Nazi" is both factually incorrect and likely would have been considered very insulting to him, to his family and to many others on the general staff that served with him and for him who were also not "Nazis".

At the time of his death, the decision of whether to bury a soldier with military honors belonged to the German Bundeswehr, not the Allied commissions that convicted Manstein of war crimes. Presumably, if the Bundeswehr buried Manstein with honors it is because they did not consider the charges against him to be valid demerits to his honor.

Look at history Manstein was a true soldier not a political figure. This was shown by Churchill appreciating this fact and contributing to his defense during the war crimes trial. If Germany had won the war how many American and English high ranking figures would have been on trial? The man was dedicated soldier and should be respected for his genius.

Not the answer you're looking for? Browse other questions tagged military nazi-germany war-crime or ask your own question.

14
Which city was attacked by Nazi-German war flights in India during WW2?
73
Why, in the US, is Japanese brutality ignored compared with the Nazi brutality in WW2?
1
Do detailed records exist for artillery usage by the Nazi military in 1945?
1
Did Nazi Germany suffer hyperinflation during the war? Why or why not?
3
How did the Allies locate, identify and process Nazi War criminals?
4
Were there any non-Mischling Jews in the Nazi party or military?
8
What was the consequence of Gestapo being declared a criminal organization in the Nuremberg trials in 1945?