What did the paper money of the Ilkhanate look like?

In the 1200s the Mongols conquered Persia (and a few other places). The portion of the empire in Persia was known as the Ilkhanate, ruled over by the ilkhan.

Influenced by Chinese paper money, the ilkhan Gaykhatu introduced paper money in his realm, but it was a disaster, and was generally not accepted for trade.

Does anyone know what the ilkhan's paper money looked like?

Or has it been lost to time?

Chinese/Yuan money of that era is still known: 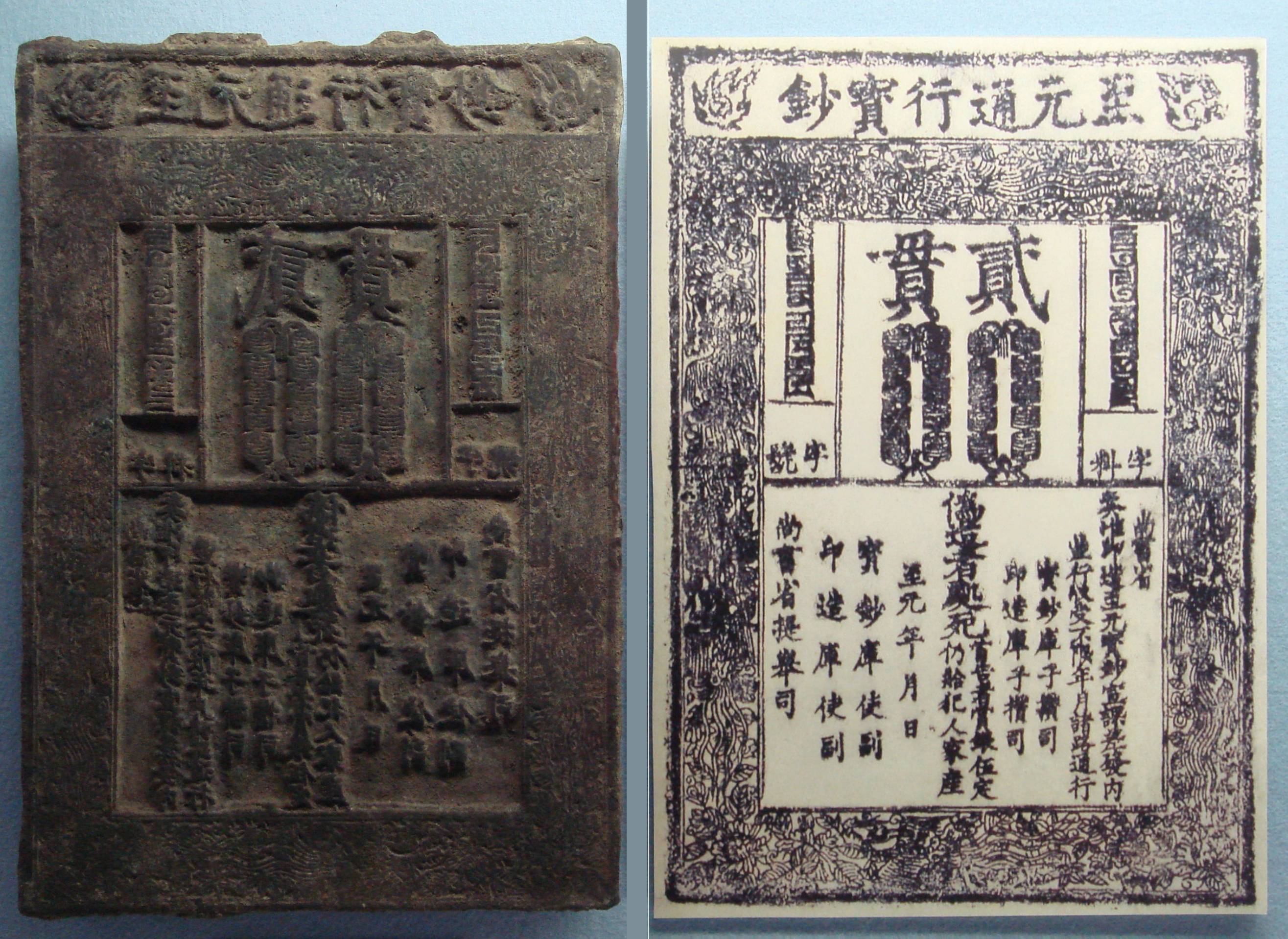 Gaykhatu Khan's paper money was visually similar to the contemporary Chinese notes. It was an oblong certificate, block printed on possibly papyrus or bark paper. The Islamic creed of Shahada was printed at the top, followed by Gaykhatu's name, as Irinjin Turji, in Arabic. The denomination was printed at the centre of the note, and encircled. Beneath this was inscribed a disclaimer:

The Padishah of the World introduced this blessed paper money into the empire in the year 693. He who forges it or alters it in any way will be put to death with wife and child and his property will be confiscated by the state.

The certificate was stamped in red ink with the state seal, which apparently contained stylised Chinese characters. Reportedly, there were also several Chinese characters near the edges. This might have been decorative patterns misinterpreted by chroniclers, though.

Unfortunately there are no known surviving examples of this paper money. Which is unsurprising, considering that the disastrous attempt lasted mere months, and Gaykhatu himself was killed the following year. Most of what we know thus comes from literary records.

Not the answer you're looking for? Browse other questions tagged mongol-empire persia currency money or ask your own question.

5
How were large sums of money carried/transmitted prior to the 1940s or so?
6
Jewish Money Lenders in England: What happened to Money Lendings after Expulsion?
4
How did Romans know if their money was debased?
0
Was the introduction of paper money controversial like cryptocurrency?
9
At what point after the war did Confederate money begin to attain value again?
2
When did the first electronic money transfer / digital transaction happen using computers?
2
What does Tuchman mean by transition to a "money economy" in the Middle Ages?