EDIT. And to make it more clear, let's exclude the destruction of iconic buildings/monuments when there exists a pure military reason. (I mean an enemy using these building for military purposes, like armed people hiding in a temple). And let us exclude "collateral damage", when there was no intention to destroy an iconic building. So that Ceasar's burning of the Alexandria library would not qualify. And the destruction of the Parthenon will not qualify. The examples will be less abundant and more interesting. 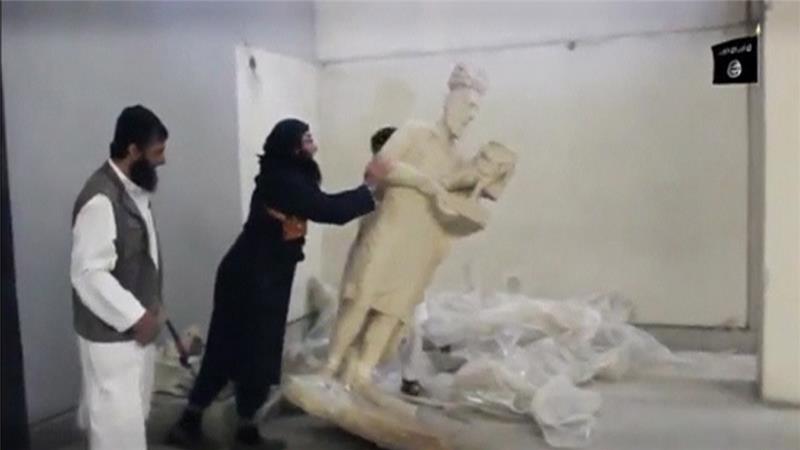