Income distribution of major combatants before and after WWII?

This question about GDP per capita of major combatants before and after WWI made me wonder how these GDPs were distributed. Do we know the Gini coefficient (or a similiar metric) for the major combatants in the years around WWII?

This was part of the focus of Piketty's Capital in the Twenty-First Century. He prefers to measure income inequality by looking at the share of the top decile/percentile/0.1% in the national income. In general, the story is that inequality decreased sharply throughout the Great Depression and WWII, and continued on a downward trend until the late 1970s-1980s. Now, inequality is back.

Here is the income share of the top percentile in the Anglo-Saxon countries: 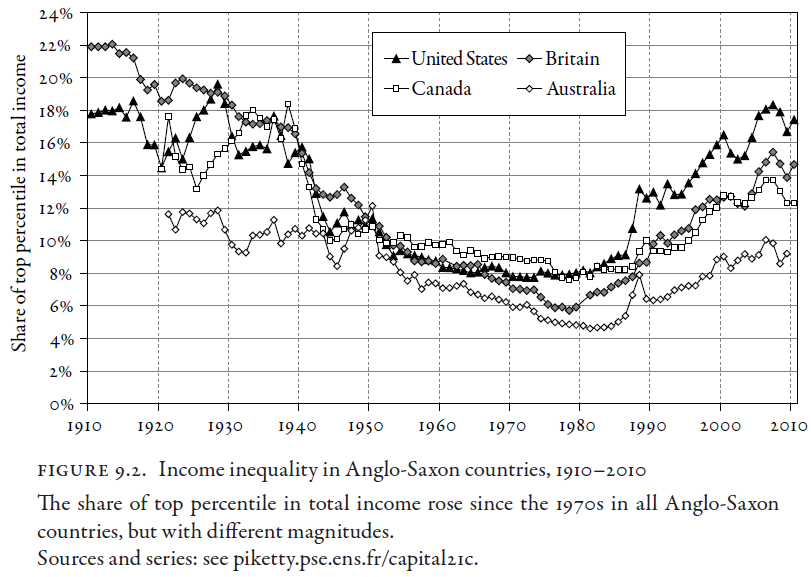 Here is the income share of the top 0.1% in the Anglo-Saxon countries: 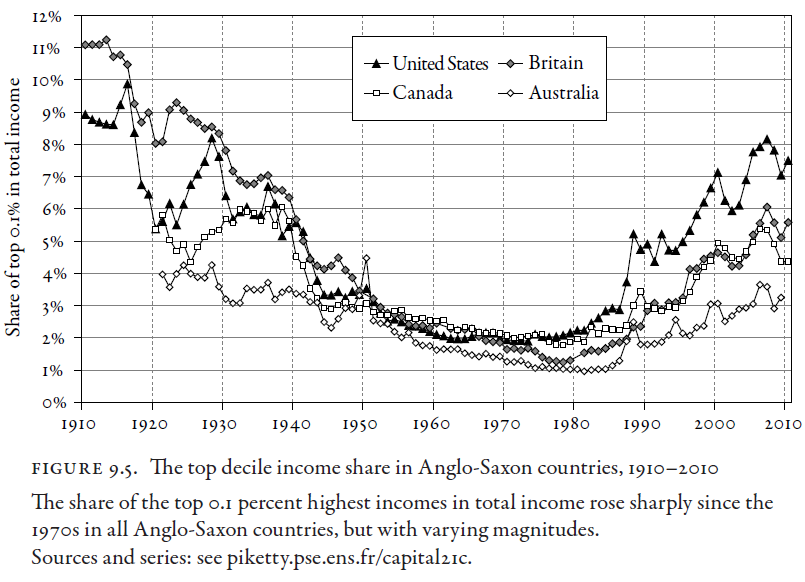 And here is the income share of the top decile in a broader range of countries: 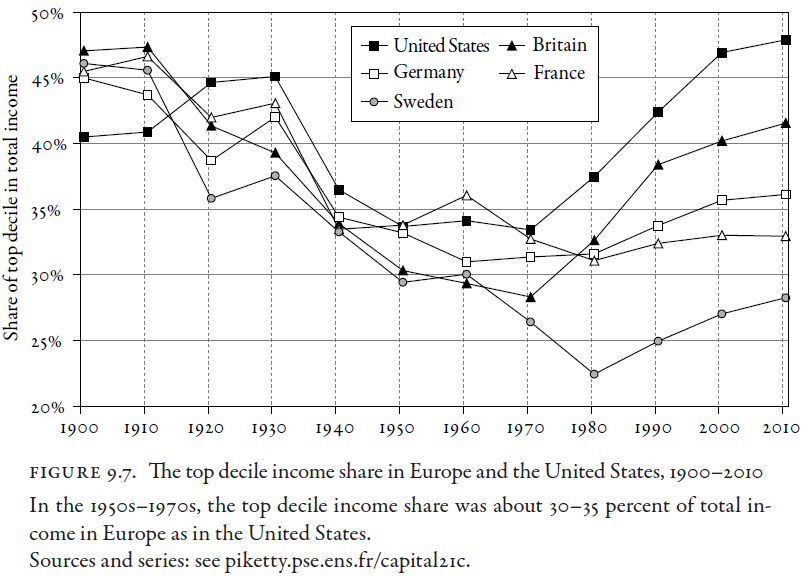 Not the answer you're looking for? Browse other questions tagged world-war-two 20th-century economy social-history statistics or ask your own question.

11
GDP per capita of major combatants before and after WWII?

15
Were there any war movies made during WW2 that were well regarded by front-line American soldiers?
11
GDP per capita of major combatants before and after WWII?
11
Why did Central and South American nations participate in WWII?
14
Where did the so-called “Jap Skulls” end up?
5
What sort(s) of identification were used before driver's licenses were issued in the US?
12
Who advised FDR on foreign policy before and during WWII?
13
What factors led to much higher US war bond sales and participation rates in WWII over that of WWI?
17
Can it be justified that an economic contraction of 11.3% is “the largest fall for more than 300 years”?