Soviet reaction to Battle of the Denmark Strait

At the time of the Battle of the Denmark Strait - 1941-05-24 - Soviets were still officially friendly with Germany. I wonder what the reaction to the battle was, e.g.,

Similarly, what was the reaction to the Last battle of the battleship Bismarck on 1941-05-27? Did they express condolences?

I found May 1941 issues of the Izvestiya newspaper at libinfo.org, and the coverage of WWII at that time seems quite neutral. Regarding the questions,

The same applies to the sinking of Bismarck.

I attach scans (sorry for their bad quality) of the articles with my brief commentaries so that anyone who reads Russian could see it for himself. 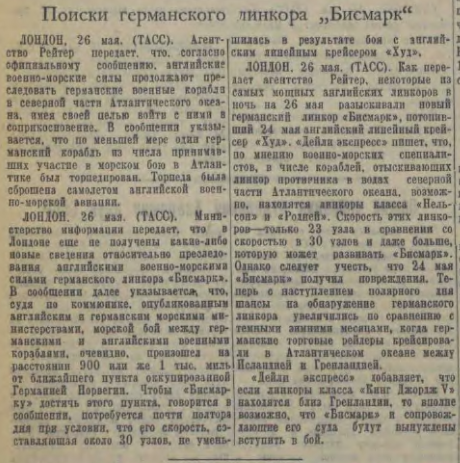 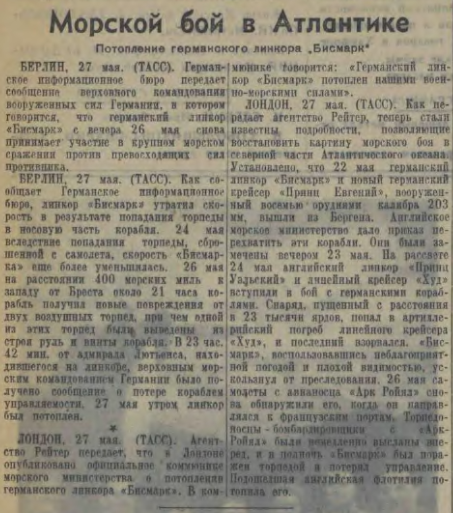 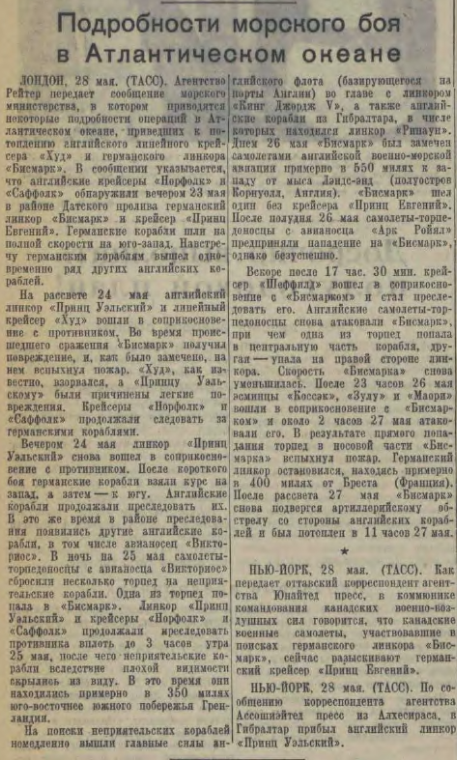 Not the answer you're looking for? Browse other questions tagged world-war-two political-history naval or ask your own question.

8
When did the Soviet Union stop blaming the Entente for WW2?

31
Did the U.S. and Soviet Union have a submarine battle in 1968?
22
What effect did the Attack on Mers-el-Kébir have on Great Britain's international relations during WW2?
16
Who liberated Denmark in WWII?
2
How blockadable was the Strait of Gibraltar before Operation "Torch?"
7
Why could the Soviet Baltic fleet not break out of the Gulf of Finland
1
Did Japan ever attack Vladivostok in WW2? Why or why not?
32
Was the tugboat ever part of a WWII battle group?
5
What was the strategic importance of Moscow to the Soviet Union in Dec 1941?
2
Why did Allied Command maintain passive, especially Indian units in Middle East during the years 1942 and 1943?