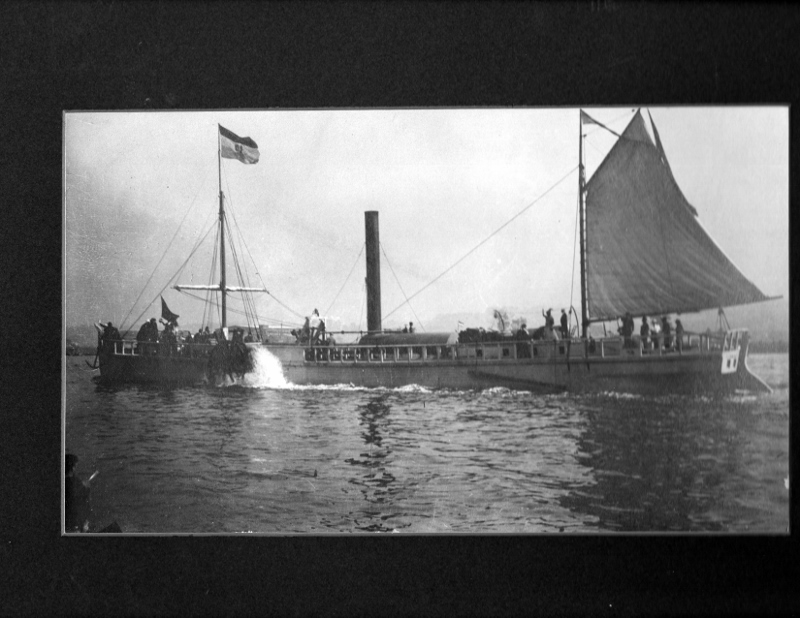 I am trying to identify this side paddle wheel steamer. Looks like a wedding party just forward of the sail. Can't ID the flag. Image/photo is gelatin silver so early 1900s most probably.

I believe this is the "Clermont" replica, built for the 1909 celebration.

The original Clermont the first steamboat built by Robert Fulton, of the Hudson-Fulton Steamboat company, which ran in New York up the Hudson river. It was the first commercially successful steamboat operated on the Hudson, or North River.

The flag being flown from the leading mast appears to be the Hudson-Fulton flag, details of which can be seen on this page. 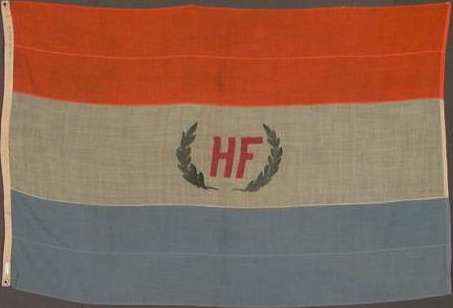 The Clermont was a North River steamboat.

12
Strange symbol on Midwest brick home
12
What is the origin of this pre-industrial naval depiction
16
Flag with 13 white stars and a crescent on red background
37
Who is this young 'Prince'?
18
Who is in this c.1866 photo?
4
What is this medal that LBJ is wearing?
6
Identify male uniform 1860-80 north Central Europe single breast trouser boot round cap
8
Help on finding out about a sword
7
Help identify this poster of early 1900's movie with a woman sitting on a bench and a man behind holding her arm
2
Who is this Asian figure?