I got this picture in the same auction I got the Clermont Replica Steamship, so it may be from North River area. Stern flag has letters AVOC? 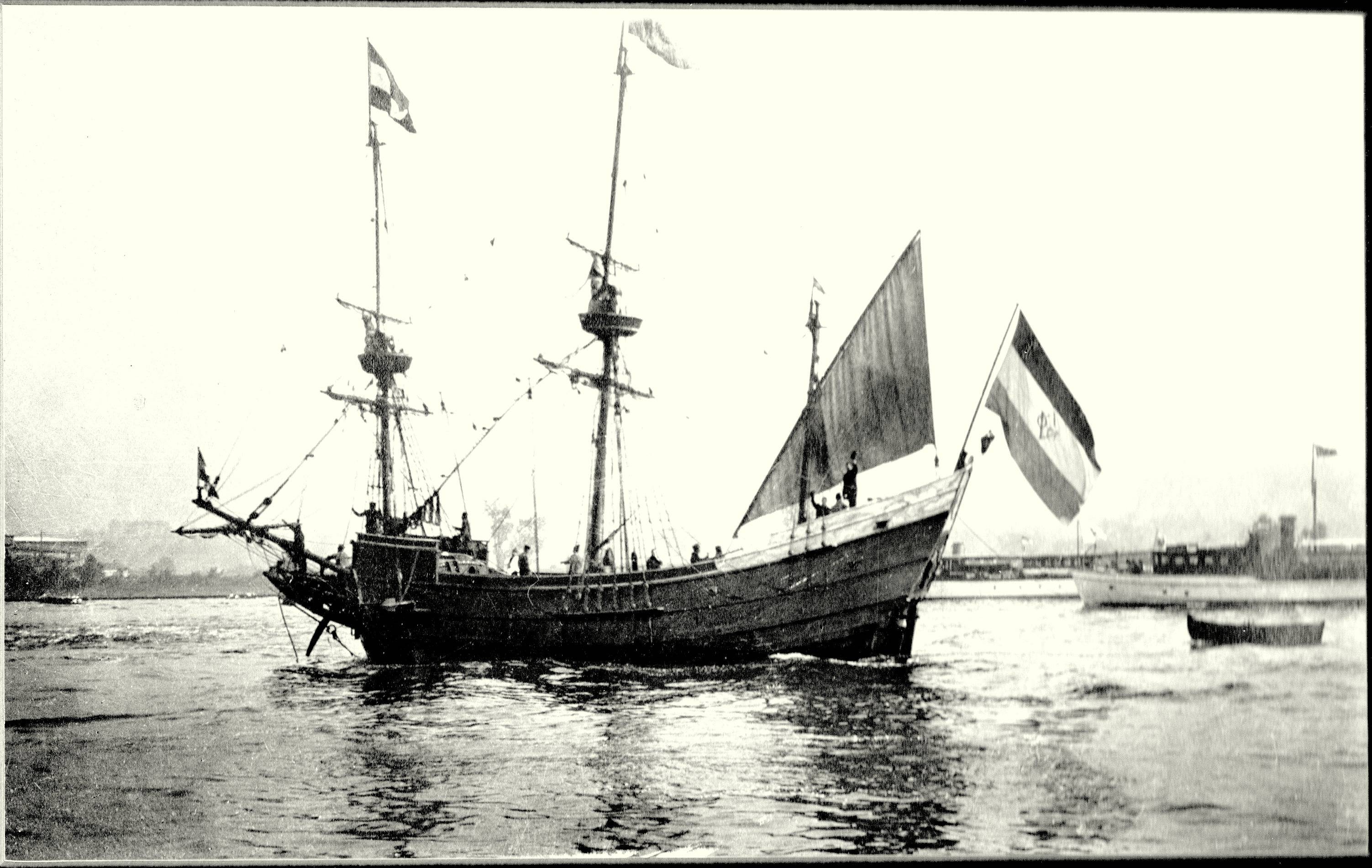 This is the Halve Maen, presented to the United States in 1909, by the Kingdom of the Netherlands. It was built, along with the replica ship "Clermont", a North River Steamboat built by Robert Fulton of the Hudson-Fulton Steamboat Company.

The Halve Maen, or Half Moon, sailed into what would become the New York Harbor in September, 1609. It was commissioned by the Dutch Republic, from the Amsterdam Chambur of the Dutch East Indies Company, or Vereenigde Oost-Indische Compagnie - Amsterdam. The ship was captained by Henry Hudson, namesake of the Hudson Bay Company and the Hudson-Fulton Steamboat company.

It was this ship which discovered the land which later became New York City, and what the native Lenape called Manna-hata, or Manhattan Island.

In 1909, New York celebrated its history with the Hudson-Fulton Celebration, for which two replica ships were constructed. The first was this one, the Half Moon. The second was the Clermont, discussed in this question. The Half Moon was readily identified by the large white half moon on the back of the poop deck. If you are using Windows and right click on the image above, and choose "View Image" then zoom in, you can barely make out the crescent moon. 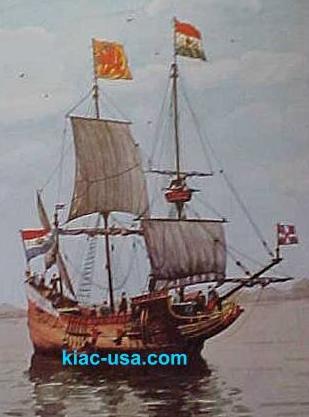 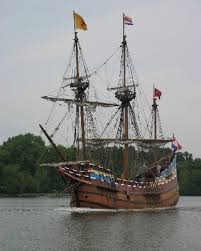 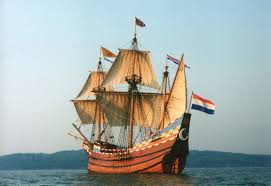 The front flag is the flag shown in the Clermont question. It looks strange because the wind caused it to fold over on the end.

The large rear flag is the one shown in this page, but I caution anyone wanting to show the picture itself, as this is a commercial image available only for a fee, and I for one am not willing to pay it. :)

Hopefully this bit of history trivia will enable others to do further research if they choose.

18
Flag with dark border and light inner?
12
What flag has a blue-grey background and an orange-outlined green cross?
16
Flag with 13 white stars and a crescent on red background
2
Who is this Asian figure?
3
Can anyone help identify this, possibly Greek, type of uniform/dress?
6
Help identify origin of a small clay statue