Are any civil wars — other than the American Civil War — commonly reenacted?

...and if not, what is it that makes people comfortable reenacting the American Civil War? It would seem grotesque to reenact the Rwandan Civil War or Yugoslavian Civil War, for example.

In particular, what is the most recent civil war that people are comfortable reenacting?

The English Civil War is popular for re-enactment in England. Helps that it occurred over 350 years ago though.

Spanish Civil War 1936-39 seems to be regularly re-enacted too but probably not on the same scale as the English or American Civil Wars.

In Lviv (Lwow) in Ukraine they re-enact the Polish-Ukrainian civil war of 1918:

(On the other hand, the "civil war" between Ukrainians and Russian communists which also began in 1918, still continues, so they do not re-enact it).

It is not completely clear whether the national liberation war in the Western Ukraine against Soviet Union qualifies as a civil war but it is also re-enacted: 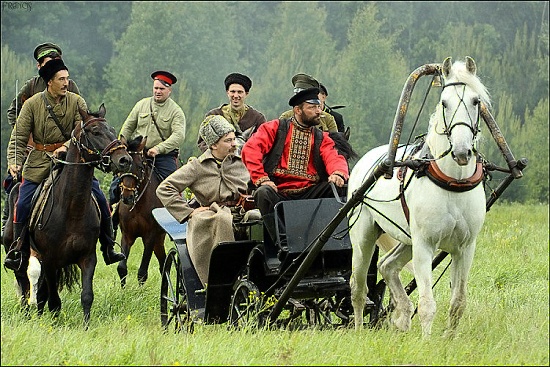 Russian Civil War of 1917-1922 is re-enacted very often, see here and here for example (links are in Russian). The interesting point is that there are many fans from both sides, that actually in heart still support one of the sides. Russia is diverse. More info can be found here.

The Battle of Lexington and Concord in Massachusetts, of the American Revolution. Technically, our revolution was a civil war.

The Chinese Civil War between the Communists and the nationalists is reenacted in China. They are cool and have no problem, because, one side is regarded bad or evil, and the other good ones or saviours. Hence there is no sympathy clash thing. Hence everybody enjoys the good ones beating the bad ones. :) chinese not very good on appropriation, eh?

There has been great sympathy and admiration for Confederate forces and leaders in America , even after they lost. Because the side was viewed as brave, and deserving a legacy. The victors could not and did not brand the Confederates as dishonorable scoundrels, blood hungry monsters and cruel war criminals. Don't we see people naming their kids after Confederate generals? Well, Robert Lee Frost :)

Since Bohemia was effectively a part of Holy Roman Empire, I'm calling it a Civil War. 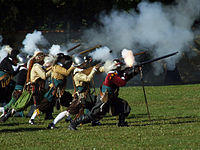 Not the answer you're looking for? Browse other questions tagged civil-war or ask your own question.

15
Do most of today's democratic nations with two-party system exhibit a civil war in recent past?
8
What were the long-term effects of Reconstruction in the South?
6
In Civil War Reenactments why do people walk across the battlefield
25
Was the American Civil War the “bloodiest civil war in history”?
8
What factors prevented the legality of secession being pursued via the courts prior to the outbreak of the Civil War?
4
Examples of oppressive regimes which “loosened up” after winning destructive civil war
9
How many troops would the White Armies have had at their peak during the Russian Civil War?