What happened to the Polish Calvinists?

According to the Wikipedia article on Calvinism:

Although much of Calvin's work was in Geneva, his publications spread his ideas of a "correctly" reformed church to many parts of Europe. [...] It was influential in France, Lithuania and Poland.

Today, the vast majority of Lithuania and Poland's religious population is Roman Catholic. The protestant minority is, surprisingly, mostly Lutheranism.

The relative insignificance of Calvinist Church in Poland do not appear to be related to the recent atrocities of World War II, as it is clear in the 1931 Polish Census (espcially page 15) that:

Going further in the past, back in the Polish-Lithuanian commonwealth, it appears that Protestantism had a much greater influence than today, as it had 8% of the population, and probably a much greater percentage among the nobles (a situation very similar to France at the time, before persecutions against the Huguenots began).

However, since Poland had a long tradition of Religious tolerance, I don't see any sign of significant discrimination against protestants by other non-protestant Poles. My question is: When and why did the influence of Calvinism decrease in Poland?

There never were many Polish Calvinists. Poland showed some promise for the Calvinist cause at the start, but these early hopes bore few fruits. Calvinism, and Protestantism in general, failed to take root in the general Polish populace. Without strong leaders and facing competition from Lutheranism, Polish Calvinism soon lost its momentum.

The protestant cause was soon weakened in Poland by internal quarrels between Lutherans, Calvinists, and Anti-Trinitarians. It never took strong hold upon the lower classes; and, with the exception of a Lasco, never developed a champion of commanding abilities.

As was the case in France, Calvinism found more initial supporters among the Polish nobility rather than the peasantry. But the appeal of the Calvinist faith towards nobles declined as its theology developed and evolved. With support from neither the common folk nor the magnates, Calvinism went into a protracted decline.

Calvin emphasised the invincibility of the true Church and the absolute autonomy of individual parishes; this would certainly have suited the magnates and the nobles, guaranteeing them domination in each community-parish as a natural right. Later the movement evolved towards the strengthening of discipline and making the demands of the visible Church more strict, a tendency towards severe Christian observance that was unquestionably disliked by the Polish nobility.

What little Calvinist presence still lingered were largely wiped out after the mid 17th century. Confronted by invasions and foreign occupation, Polish Catholicism was galvanised by John II Casimir of Poland with the Lwów Oath.

The Swedish invasion of Poland led to the final Catholic conversion. John Casimir swore an oath to the Virgin to submit to her protection if Poland were to be saved, and in 1657 Poland was ... the nobility [had] already deserted the Protestant cause.

The surge in Catholic religious intolerance during this conflict stricken period led to the destruction of most Calvinist communities in Poland.

Devastating wars, invasions and civil wars in the second half of the seventeenth century finally put an end to the flowering of the Calvinist communities, which were frequently banned as a result of increasingly intolerant Catholic opinion; in such circumstances, the Catholics habitually accused the 'heretics' of co-operation with the invaders.

Well, the when is relatively easy. It happened during the 17th century. Here's a religious map of Poland in 1573 (Calvinist areas in purple): 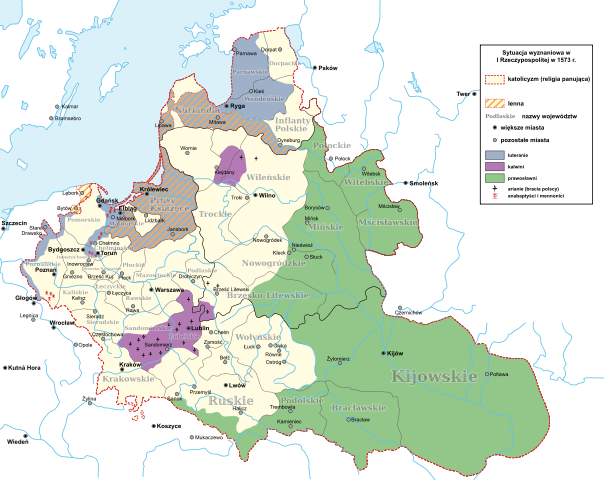 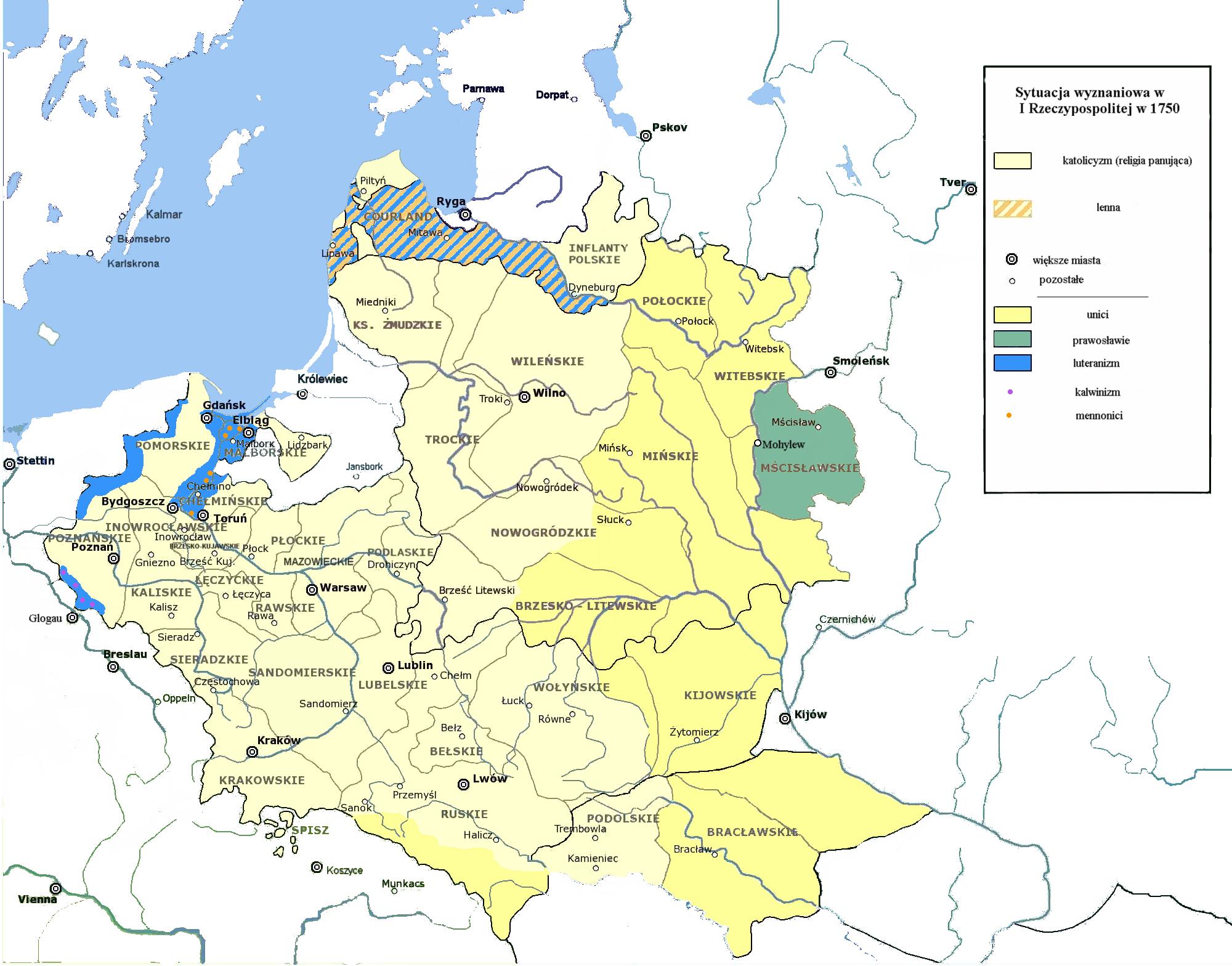 If you read a bit between the lines, it appears that the faith was strongest amongst the nobility and financial elite, and never really made big inroads with the peasantry.

The problem was that the 17th century was also the period when King Gustav's Swedes swooped into central Europe, conquering much of northern and western Poland. There was a religious dimension to the conflict, such that Calvinists and Lutherans tended to side with the Swedes. That worked well for them while the Swedes held their territory, but no so much when Swedish forces lost the war and went home. In the aftermath anyone who had supported the Swedish-led protestant forces was viewed as disloyal.

After that, discriminatory laws became much more acceptable, and some of the more radical protestant sects were banned outright. The result was that Poland became one of the more notable successes of the Counter-Reformation.

Not the answer you're looking for? Browse other questions tagged religion christianity poland protestant-church calvinism or ask your own question.

41
Why were there no religious wars in Poland?
1
Will someone help me understand the following quotation about Calvinism?
12
Conditions of Upper-Silesian-Poles minority in Weimar Republic?
6
Could Polish people who didn't live in Poland get Polish citizenship after Poland's revival in 1918?
4
How could Poles from Kresy be enough to repopulate entire regions of Poland?
9
Why didn't the linguistic split overlap with the religion split in Prussian Silesia?
22
Why are the majority of Dresden inhabitants atheists or agnostics?